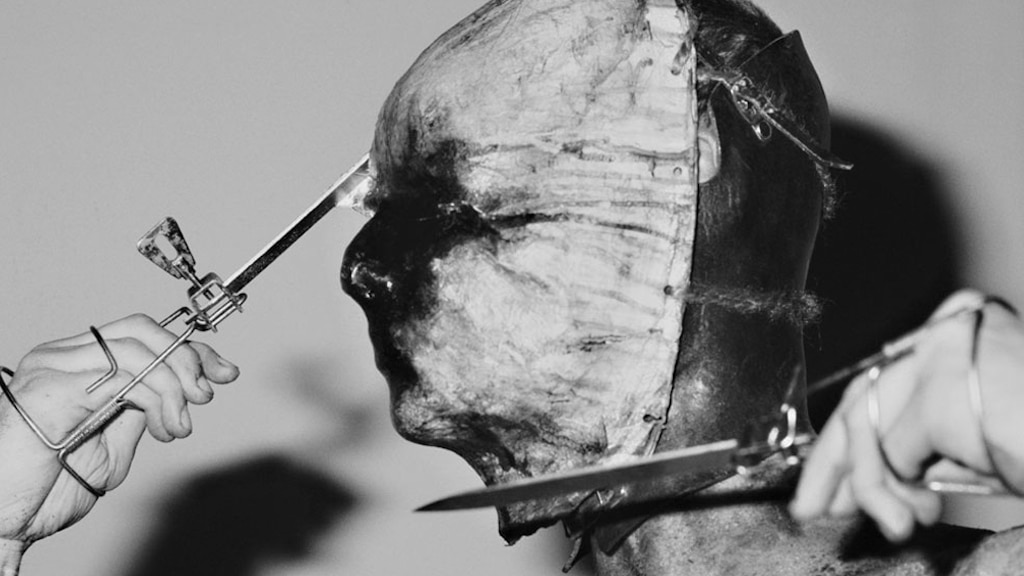 In 1980s German Democratic Republic, also known as East Germany, a group of artists who called themselves Autoperforationsartisten, or “self-perforation artists,” decided to undermine the socialist art authorities by putting on strange and disturbing performances. Check out images of their performances below, featuring member artists Else Gabriel, Micha Brendel, Rainer Görß, and Via Lewandowsky.

The Autoperforationsartisten were active for a brief period at the end of the GDR, from 1987-1991. Their work is symptomatic of the climate at this time, and all three of the four artists from this group that I spoke to described their work as a direct result of the socio-political situation. Their name is a compound term of their own invention, and derives from three components: “auto,” referring to the self or ego; “perforation,” referring to destruction or in this case self-destruction; and “artistic,” a reference to the humorous, comic or absurd aspect of their work, as artistik in German refers more to circus performers that to artists. The group formed when they were students; initially it consisted of Micha, Via Lewandowsky and Else Gabriel; later they were joined by an artist and student younger than them, Rainer Gorss.