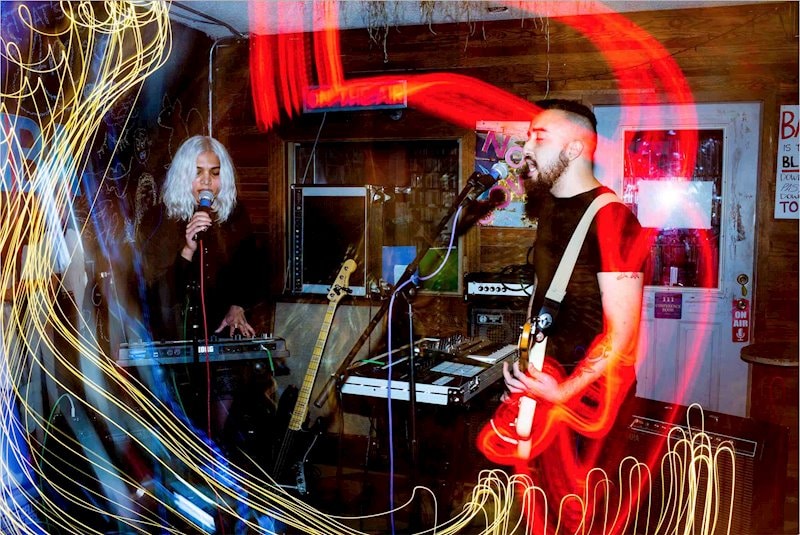 We’re in the Age of Corona and folks are either poor, bored, dying, or in on some secret they need to tell everyone else about. In order to fight the doldrums and keep our heads up, it’s important to revel in the gloomy malaise of mid-tempo darkwave. Hallows does just that on their debut EP ‘Subtle’, recorded in St. Paul just before moving to Seattle where they currently reside. Dripping in the modernity-imposed search for meaning out of the chaos, they exude a cold concrete urban landscape, flinging shadows at harsh angles with the use of hollow synths and ice cold guitar melodies the dynamically pulsating old school drum machines laying down simple, driving rhythms. One thing that stands out in particular is the often conversational, dual vocals. This uncommon element in modern darkwave or post-industrial (whatever we’re calling it this week) adds a ton of context with monotonous, masculine baritones of Dom R. and more ethereal, angelic vocal melodies of Vanee D. While employing a fair degree of convention, but taking it in all the right creative directions, this is a promising debut and we look forward to hearing more from them. Check out Hallows ‘Subtle’ here: