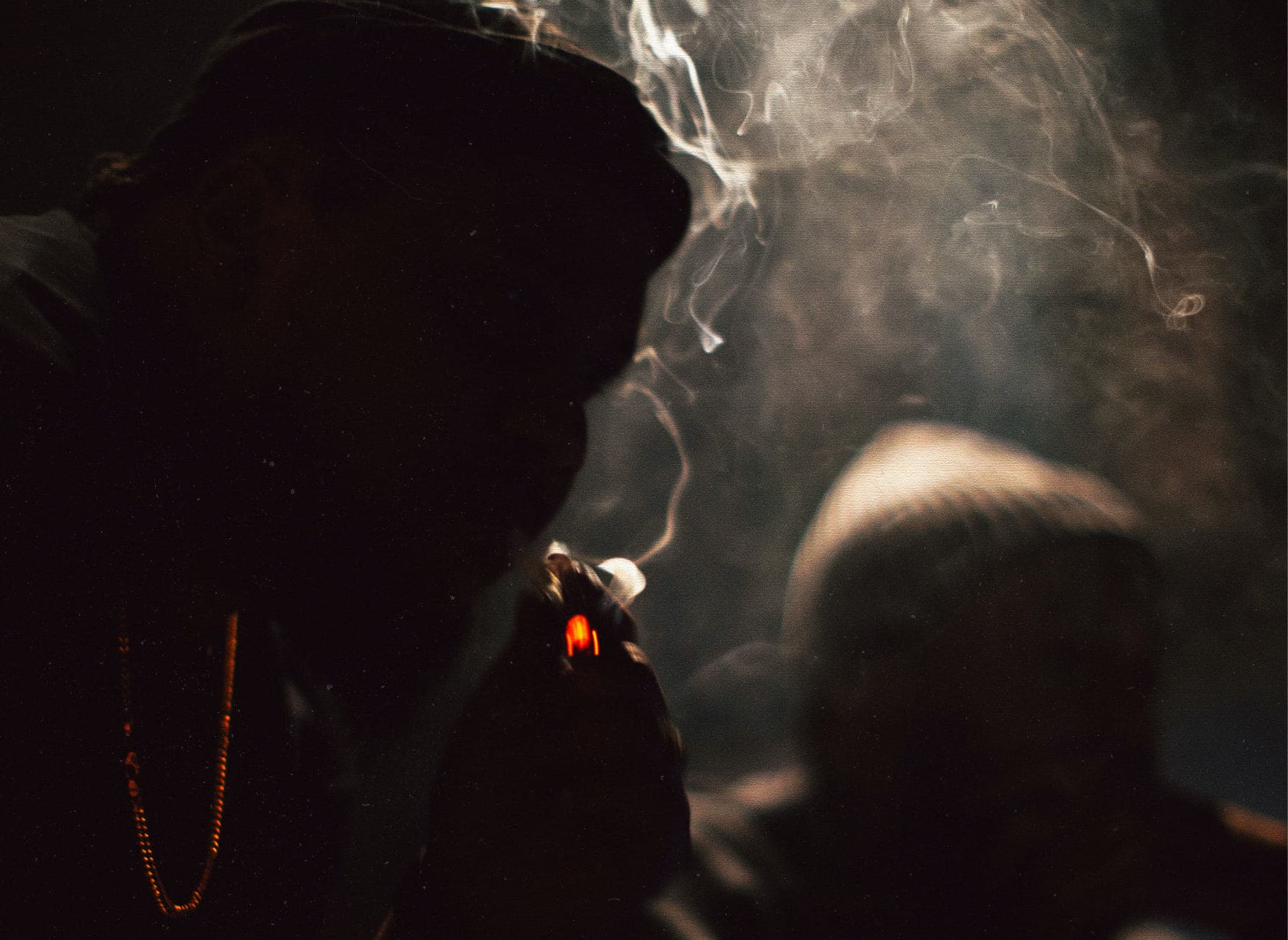 Peace. Thanks for having me back once again, it’s an honor.

Music I grew up on that played in the house was, of course, oldies like Luther Vandross, Marvin Gaye, The Temptations, Five heart beats, Isley Brothers, just to name a few. As I got older, my brother Bass Reevez would be blasting Gang Starr, Group Home, Wu-Tang, Nas, and my favorite, watching clash battles — he was a big Ninja Man fan. On the block and surrounding neighborhoods, you would hear a lot of Dblock, G-Unit, and Dipset — me myself, I was a big Dipset fan. Blessed to have an older brother, I listened to all types of music and artists. At one point I was strictly neo-soul during the ringtone era lol. I was big on mixtapes too — Streetwars series was dope, Clue tapes all that good stuff lol.

Give us the science behind the title and artwork of your new album, The Minatti Report?

The title of the album came about because of me listening to DJ Clue for a whole day. I was just studying the greats that paved the way and an idea struck my head. Sauce MINATTI — that sounds fire. SAUCE MINATTI, same tag that Dj Clue used, I revamped it, also he had a mixtape called THE MINATTI REPORT. So I told myself, I wanted an album that gave that same mixtape feel — flashy verses, catchy hooks, hard beats — and it came out pretty good, peace to V Don. The artwork me and Don wanted had that classic feel-good film shots. There were a couple of pictures we could have used, but this one had stood out amongst the others.

How did you approach creating The Minatti Report differently than your other projects?

This album, I took my time; with V Don production I didn’t want to half step, I wanted each verse to stand out, as well as the hooks. If you listened to the album, every song has a hook you can either chant or sing along. I was in a good space mentally.

I chose these three songs cause I feel each track describes me in different ways. The listener could travel back in time or progress with the future.

When I’m listening to The Minatti Report, I don’t just hear the music, I see it in my mind’s eye. When creating your music, are you intentionally telling a visual story in the listener’s mind?

Oh yes, it’s me painting my experiences — the good, bad, n ugly ones.  Being raised in NYC, I’ve witnessed a lot, so these hood tales you hear is either my doings or being a witness to society’s cruelty.

Black joy hmm… What it looks like to me is the hope of creating better opportunities for the Black n Brown Communities. I would like to witness a new Black Wall Street. It sounds beautiful. “Black Joy” sounds powerful. Peaceful and loving.

You have a strong sense of self when it comes to your creative vision. What life experiences helped shape the way you see the world?

When I had to bury my mother three weeks before my birthday. Losing her at 21 was an eye-opener. No more running to mommy. All problems, bills, food, etc. were all on me. Being the baby brother, I could no longer get babied. That shaped the man I am today.

What made you name the first track off of The Minatti Report “Supercat vs Ninjaman”? Who won the battle in your book?

Lol like I stated in the first question, my brother Bass Reevez use to blast these Clash battles, or Stings you can call them. It’s a vibe, man, hearing Jamaicans battle it out; the slang they use, the confidence they carry on stage was dope to me. C’mon now, lol I’m going with Ninja Man, but SuperCat was that guy too. To me, Ninja Man was the murder mook or loaded Lux of the Clashes. You wanted to be top dog, you had to beat him first!!

Describe V-DON’s production skills as a weapon of mass change—what impact do you want to see it have on culture?

V DON production is a top-tier nuclear bomb. It’s definitely going to clear the room, shake the listener’s world up. I feel most producers should study and cater to whichever artist they working with before sending beat packs out. It’s better when it’s for you than forcing a sound that’s not for you. V DON and I took our time bonding and learning each other, what sounds we do and don’t like.

The song “Crime Affairs” has a real cinematic vibe to it…Can you describe it in terms of your favorite movie, and what kind of visuals were you trying to paint?

When I listen to “Crime Affairs,” I envision my own movie. I went to school with ASAP 12vy, so what he’s saying, I can testify to his words. Him being from Castlehill, me from BRONXDALE, our two projects had somewhat of a good relationship, so it’s both of us talking off first-hand experience. If I had to pick a movie, I’ll say Sugar Hill, not the storyline but just how the sax is playing. I envision scenes from that movie lol, word, now that I think about it.

When you create an album, how important is the way you sequence? Do you do it with the intention of setting a vibe and telling a sonic story?

Very important. I got the hang of sequencing tracks from the album Wasabi. I believe it’s a little bit of both; of course, I want to provide a vibe, as well as sonically sounding cohesive, making sure beats blend in good. Knowing the placements for tracks, so the album can be a smooth playthrough rather a shuffle list album lol…it’s all a process that I love.

Your wordplay is coded in NYC speak and is amplified on tracks like “Thicker Than Water.” Talk to us about how this song came about and how your environment impacts your creative spirit?

“Thicker Than Water” — that verse was for a feature lol, and as I’m writing it I’m noticing how strong of a verse this is. I go visit V DON one day, me n the Heist Life Crew, he plays the beat, asking, do I have something? I’m like, oh yeah, laid the verse down, come out the booth, I stated, this got that old 50 Cent feel, n I should do a hook? BabyMaine n Ty da Dale agreed, so I’m chanting out loud 031 lol. Ty started laughing, like, boy, get that old slang out of here, so I begin mumbling, and as I’m mumbling, I’m hearing it in my head, oh, let’s jus stretch out the 0-3-1 Heist Niggas run it up, n there you have it lol. “Thicker than water” is a spin-off of 50 Cent “Follow Me.” My environment shapes a lot of my verses; it’s living the everyday struggle 9-5 or hustle, its work being produced, killings being committed, n the young growing up fast.

Any Black NYC designers you want to shout out?

Peace to my Cousin Mel, GFC “Gods Favorite Children.” Peace to YoSoy “Faux.” Peace to ASAP 12vy, LYBB “Last year being Broke,” and I’ll be whipping up merch this year, excited about that. If I missed you, pardon self, it’s all love. 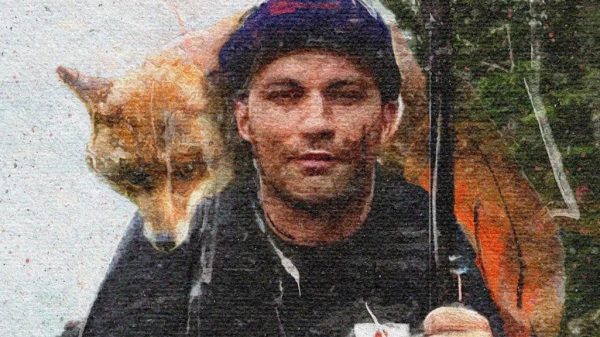 Vibes for days and lyrics to go — it’s time for y’all to enter the inner thoughts of DANIEL SON. This Toronto MC is... 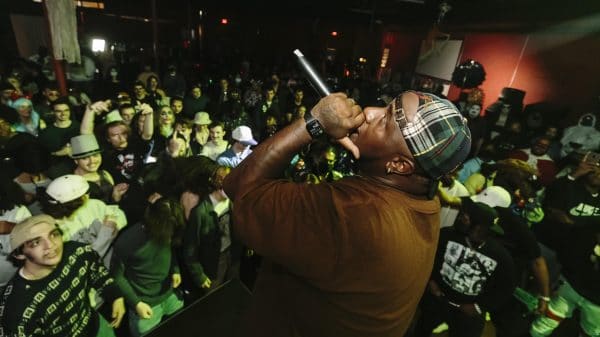 Give us the science behind the title of your new album, Why Look Up, God’s In The Mirror? There’s a couple sciences to it.... 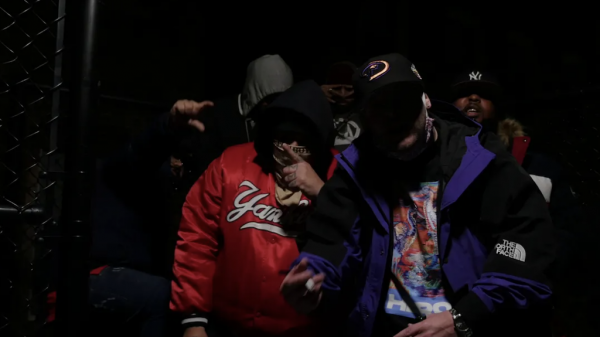 Witness the Guillotine Come Down on CODENINE “Wedding of Medici”

I’m a sucker for lyrics set to beats riding on a wave of soul, so I’m very happy to be sharing the new CODENINE... 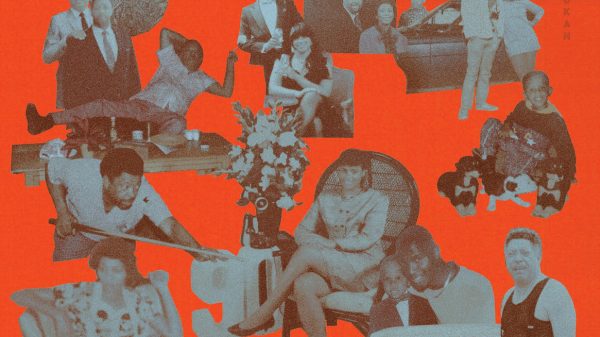 How did your relationship with FXCK RXP start? I met Robert back in 2018 via Instagram. He reached out to me and expressed how...