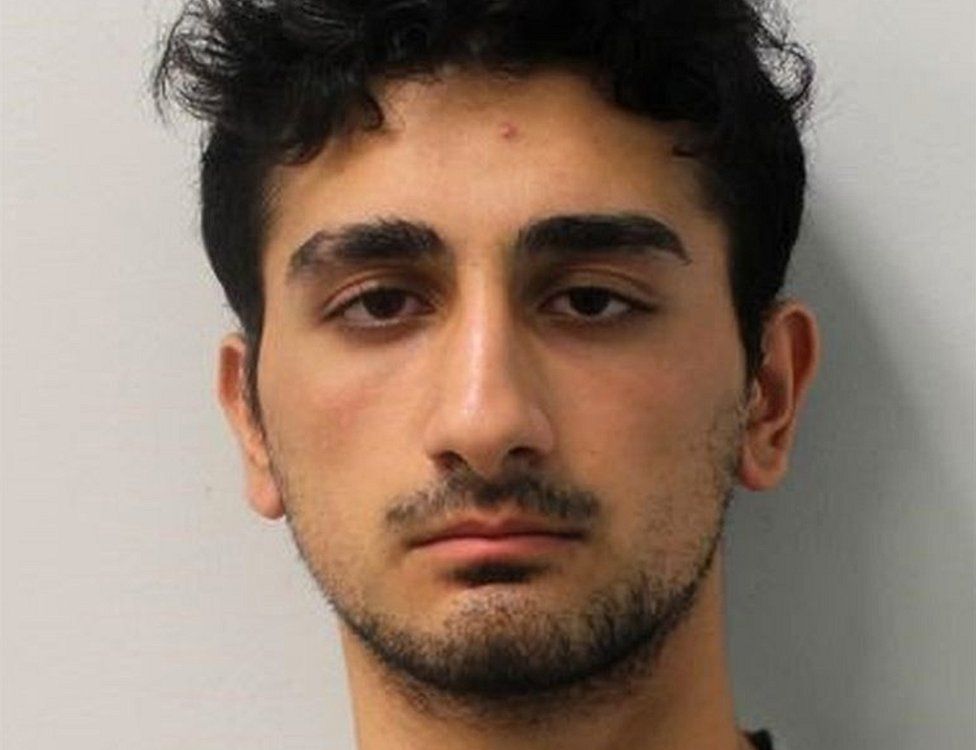 Teenager Danyal Hussein murdered two sisters in a London park last year – seemingly influenced to do so by a satanic web forum that contained instructions about demonic pacts that mirror his crime. Convicted of killing sisters Bibaa Henry and Nicole Smallman, the BBC has uncovered new evidence that Hussein was a member of a web forum run by an American self-styled black magician. He encouraged murder in some of his posts, including for a violent Satanic group that’s been cited as an influence on seven young men convicted of neo-Nazi terror offences in the UK over the past two years.

Danyal Hussein had just turned 18 when he launched a ferocious knife attack on strangers Bibaa Henry and Nicole Smallman as the sisters celebrated Ms Henry’s 46th birthday last summer. What prompted the teenager to commit such a horrific crime?

Shortly after 01:00 BST on 1 July, 2020 armed police smashed the door of an inconspicuous family home in a quiet cul-de-sac in Blackheath, south-east London.

Inside they found a contract that Hussein, now 19, believed he had drawn up with a demon.

In large, childish handwriting, he promised to “perform a minimum of six sacrifices every six months for as long as I am free and physically capable”.

The agreement was headed, “for the mighty king Lucifuge Rofocale” who, according to some Satanic cults, is the demon in charge of hell’s government and treasury.

In exchange Hussein would win the Mega Millions Super Jackpot and “receive fruitful rewards” including “wealth and power”.

Hussein grew up in Blackheath as the eldest of four siblings.

Before the murders, he was at Thomas Tallis school and studied A-levels at Orpington College – although he rarely attended.

Neighbours said his parents split up when Hussein was in his early teens. Before then, they said it was a noisy household with a lot of “screaming and shouting”.

“I know they had the police called and the ambulance came two or three times,” one neighbour, who asked not to be named, told the BBC.

Hussein was a “loner” who would regularly “wander off”. His father, Kamal Hussein, had been worried his son had “got into the wrong crowd”, another neighbour said.

“He said he worried about Danyal because he was being led in the wrong direction.”

It is unclear exactly what Hussein’s father meant. But in October 2017 Danyal, then aged 15, was referred to the government’s counter-extremism programme, Prevent. The referral from Thomas Tallis school related to material he had accessed on school computers, including far-right propaganda.

He was considered a person of concern and appeared in front of a Channel panel, for individuals at risk of being drawn into terrorism.

Hussein was discharged from the programme in May 2018 but it seems the influence of extremist ideology still had a hold.

After his arrest, police searched his tablet computer and laptop. As well as his use of forums discussing spells and potions linked to Satanic ideology, officers also found that Hussein had spent time researching the far right.

He apparently considered himself an Aryan.

Satanism and the far right

There is a crossover between elements of the extreme right wing and certain forms of Satanism and the occult, meaning Danyal Hussein’s ideological journey is perhaps less unusual than it might seem.

Misogyny is also a common theme of this world, generating a deeply toxic blend of beliefs.

Since 2019, six young men – five of them teenagers – have been convicted of extreme right-wing terrorism offences connected to a violent form of Satanism. Two neo-Nazi groups recently banned as terrorist organisations have promoted the ideology.

One boy, who was convicted in 2019 of planning a terrorist attack, had written of hunting for women in a forest, in a disturbing echo of Hussein’s crimes.

Some people start with a far-right ideology, explore the extreme right, and wind up – typically via the culture of certain online spaces – influenced by cruel and violent occult ideas, encouraging the very worst of human nature.

In Hussein’s bedroom, near the contract with Lucifuge Rofocale, police found another handwritten letter pledging to “offer some blood” in exchange for making a girl at his school “fall deeply in love with me”.

The note, addressed to Queen Byleth and signed “Danyal”, asked that this girl would “believe and see that I am the only one for her” and that he would be “more attractive to women romantically”.

In exchange, he promised to “burn insense [sic] in your name, offer some sweet drink, offer chocolate” and “offer some blood”.

Rest of the BBC feature here.

In this article:Danyal Hussein, Featured