On Saturday, August 11th, LA saw a private, yet open to public event of utmost peculiarity. A small theater on Melrose Avenue called “Zephyr” held an intimate screening of the movie “Satanis” on 16mm. There were two separate screenings, a day and an evening one, each consisting of four unique footages, interrupted by a small intermission in the middle and some insightful stories by Stanton LaVey, grandson of Anton LaVey and the organizer of the event.

Firstly, a little historical detour. “Satanis” is a 1970 documentary film about Anton and the Church of Satan, featuring interviews of the members of the Church, non-related to the Church people, and some footage of the satanic rituals. It brings a really interesting insight into the Church’s activities, ideology, and also somewhat comes off as an advertisement for it. It was divided into two parts, since the reels had to be physically switched. The other videos shown that night included an episode of the “Brother Buzz Show” featuring Anton and his pet lion Togare, and an interview of Anton by Adam Parfrey, who unfortunately passed away last may, first time shown in full, which also features him playing the organ.

The event itself had a very warm and intimate atmosphere, which was only amplified by the small size of the theater, the friendly chatting during the intermission supported by some tasty pizza, generously provided by the hosts, and the fact that there was that precise amount of people, when it’s plenty, yet it’s still possible to make an acquaintance with each one of them. Or at least have a silent eye contact. Stanton also made sure to give kind attention to everyone who attended and shared some very heartfelt stories of growing up with his grandfather. An even extra level of intimacy was created by the footage itself, which was played on a real 16mm projector that kept making those signature sounds while playing. The whole event was then concluded with a reveal of a life size silicone statue of Anton made by Chris Devitt, with which everyone who wanted could take a picture. The statue replicated both Anton’s features and height, providing a rare 3D perspective of him and making it seem that here was there with us to see some history being remembered.

To be honest, I have always found Anton LaVey’s teachings to be something that just made so much sense. I found them during a very hard and troubled time of my life, but they managed to get through and gave me the exact message I needed to hear back then, that I was my own responsibility. And that the anger, the frustration, and a myriad other feelings I was feeling, including a certain amount of irritation with most social activities at the time were absolutely fine, yet it didn’t give me a right to be mean or evil towards others. It provided me with a very needed sense of balance that came from the place you would least expect. And just like the first time I read the Satanic Bible, that night, watching the footage, I felt inspired. I also felt an enormous amount of respect and admiration for the man himself, was able to see a deeper level to the person who had the guts, the energy, and the mind to create the Church of Satan. And I think I saw exactly the same spark I had in the eyes of everyone else who attended. It doesn’t really matter if you support the Church of Satan or follow its teaching, I would still highly recommend you to attend one of the future screening and enjoy getting closer to one of the most prominent figures of late. And on top of that get plenty of great humor and a very unique view on the 60s and 70s in US. Oh… And some unique merch…

During the event I also got a chance to ask Stanton some questions:

What inspired you to crate the event?

“I felt a proper tribute to Anton was overdue and with the 50th anniversary of the publishing of The Satanic Bible approaching in 2019 and a rumored redux of Satanis for bluray release in preproduction I decided to take the opportunity to dust off my old 16mm print of Satanis and then some with the digitizing and editing of some previously unreleased footage of Anton late in life. Also I wanted to make a public proclamation of my allegiance to my late grandfather by lending photos and encouragement to my friend artist Chris Devitt to sculpt Anton’s new 3D likeness in a modernization of the long cherished San Francisco wax museum statue of Anton that disappeared after the museum’s 2013 closing.”

There is an interesting story on how you acquired the footage. Could you share it?

“I was given Satanis on 16mm as a gift about ten years ago by a fan and collector who was possessed to impart to me the two film reels along with a functioning 16mm projector. A similar case of possession occurred about 15 years ago when on a trip to Nashville I detoured for a visit to a one Nick Bougas who handed over the 3/4 inch master tapes from the making of Speak of The Devil (a late in life independent documentary about Anton produced by Adam Parfrey for Wavelength Video) I contacted my friend Adam and explained this to him and without hesitation he granted me exclusive copyright of the material. With Adams blessing and the master tapes in my possession all that was left was to have the tapes transferred to digital and edited to fit a 3 hour program along with Satanis on 16 and it made for quite the triple feature.”

Are you happy with how the screenings went?

Very, I met new fans, visited with old friends, was able to show off some wonderful family history to my wife Sharon in a setting that seemed like the kind of dingy cheap venue that Anton would himself certainly approve of. With glossy black walls and blood red upholstery I really feel quite at home at the little Zephyr on Melrose. I even took some lady friends upstairs to the cute old time dressing rooms. It felt like we really did time travel last Saturday night.”

What are you planning to do next with the material?

“I intend to use the footage for an expanded documentary sort of a “Speak of the Devil – Directors Cut” and I’m negotiating for my grandmother Diane to be recorded for special commentary for the Satanis bluray release.”

Where can people go to get updates about future screenings and releases?

“I’m talking to Zak Baggans about screening in Las Vegas and Nick Isani in New York about touring 13 major cities in Nov/Dec at mostly Landmark Theaters likely sticking to the same or similar program as the LA show but will probably digitize my 16mm print to make screenings in larger venues more feasible.”

And last one, are you planning to take the statue with you for the other shows or have it on public display at any time?

“Actually I’m thinking about placing Anton as a bust inside of an antique style arcade game similar to Zoltan The Mystic but call it Szandor The Great instead and have it dispense “Satanic words of wisdom” such as “don’t sit on a cement bench with a glass bottle in your back pocket” and “always leave before the party ends” as a play on the classic fortune teller style displays of old – to help further cement Anton into the lore of modern Americana.” 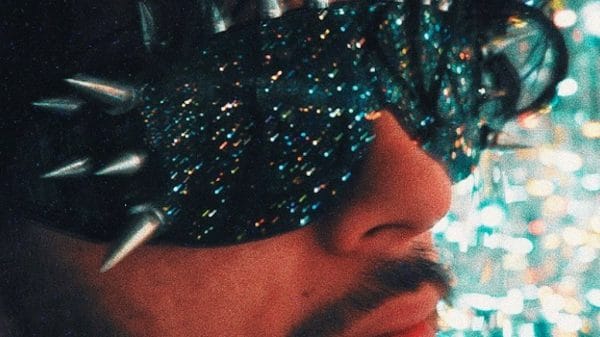 Get Lost in the Dreamy Darkwave of INFINITY MIRRORS “Heartbreak Overdose” 

As soon as I hit play on the new INFINITY MIRRORS video for “Heartbreak Overdose” I felt like I’d walked into a sonic hall of... 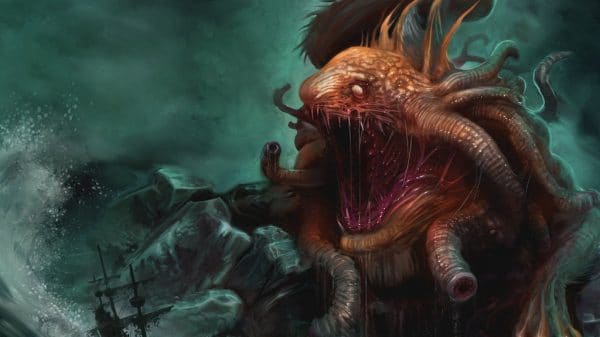