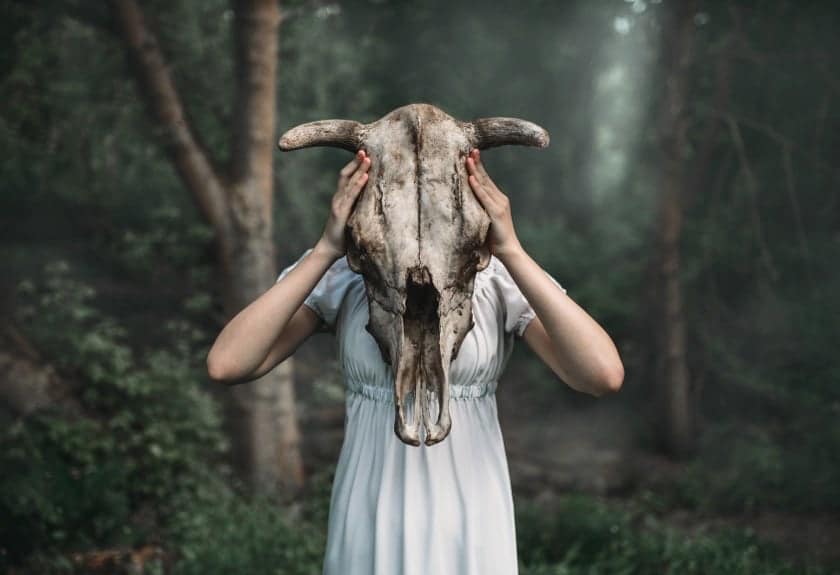 Here’s part two of Satan in 2020. This time, I’m focusing on black magic/left hand path magic and how it relates to modern Satanism. In the first part, we established Anton LaVey’s importance in bringing together the modern model of Satanism. This time we’re using the Church of Satan’s system of ritual, along with LaVey’s perspective on magic, as the baseline to weigh against magic’s role in Satanism today.

“But wait – you said 2020! Isn’t the Church of Satan an inactive organization?“

In 2020, this confusion is understandable as society grows to assume that just because they aren’t media whores they might be inactive. This, however, is not true. The central office moved to the Hudson Valley. They did disband grottos, as Gilmore deemed them obsolete in the age of the internet. Being extremely individualistic, it’s up to the individuals to meet others of their kind if they so wish, yet being a misanthropic lot, few do. The books are still selling, perhaps even experiencing a boom. LaVey’s system of magic still has abundant disciples. 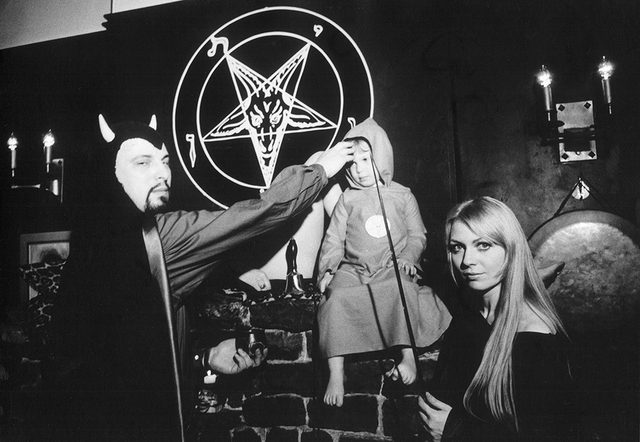 For the purpose of this exploration, the minimum requirement to be considered Satanic here is the total rejection of all values aligned with Abrahamic religion. Altruism and compassion are the values of the Jesus myth, not Satan. The most Satanic thing one can do is question everything. If we’re using the “myth” of Satan as the archetype, what cast him as the original antagonist is the fact that he stopped and said, “Why Can’t I exalt my throne above God?”  The serpent’s temptation in the garden was, “ Why can’t you eat from the tree?” – the real kicker here being that the Tree contained the knowledge of good and evil. I don’t believe in good or evil, I believe in things that are effective or ineffective. For me, it would be a tree that knows what works and what doesn’t. The lesson here is to question everything. This is what we’re going to do.

the use of means (such as charms or spells) believed to have supernatural power over natural forces. b : magic rites or incantations. 2a : an extraordinary power or influence seemingly from a supernatural source

My definition is simpler: magic is focused intention.

The change in situations or events in accordance with one’s will, which would using normally accepted methods , be unchangeable.

Not totally off base from one another; focused intention would be the fuel needed to align the universe with your will, Ritual then being the creating the environment best suited for focusing intent. 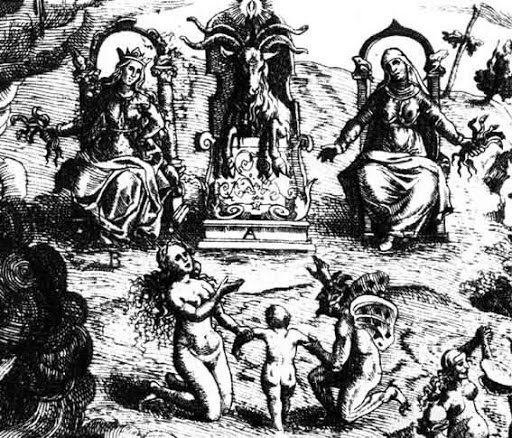 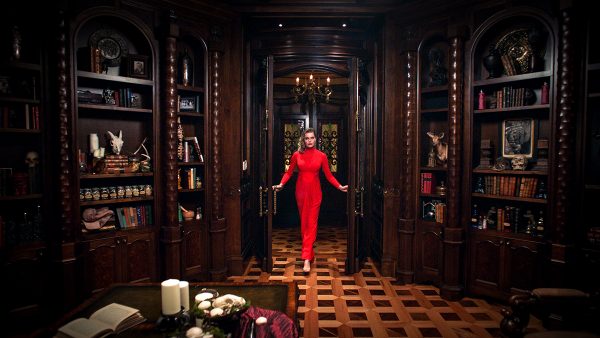 Some of the strains of modern Satanism shun the supernatural elements. If you fall into this camp, my job here is not to sell you on magic. I don’t give a shit what you’re into and I understand you can’t will someone to have an imagination. Most of the world is pretty dull.

LaVey wanted to believe in magic, yet he was a person of odd contrasts. He enjoyed the pageantry of ritual due to its sense of theatrics, he cultivated his taste for it during his time in the Circus. He wanted to understand it as part of science. This is very feasible. Magic, being much like kink, the idea of it was titillating. When you’re vanilla, things like protocol seem like too much work. He saw the physical manifestation of the carny hustle as getting tangible results. A clear cut mental muscle to flex rather than the slow burn of studying the occult. He disparaged the occult for being the very thing that defines it. LaVey wanted instant gratification for the layman, when occult means “hidden.” LaVey was all destination and little journey. The occult and all spiritual teachings espouse that the seeking is where real knowledge is obtained. A fair parallel can be found in today’s Google culture. We want the answers now rather than reading a book, leaving the result to a search bar and losing the full context . 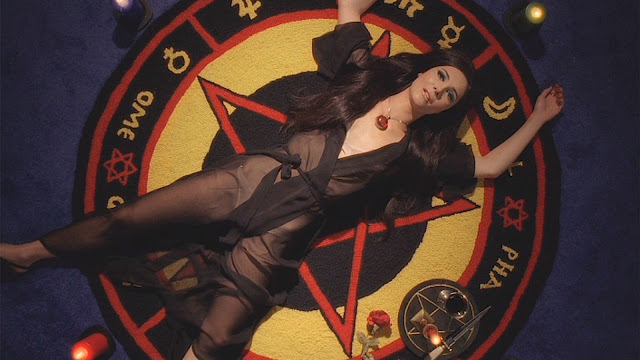 In terms of manifestation, I respect the way he explained how the magician should align expectations with what they have to work with, the application being lesser magic. In sales, another form of lesser magic is knowing your demographic. You’re not trying to transmute yourself into a movie star to pick up a girl who’s one agent short of being a supermodel. You can always fight up a weight class, so to speak. You have a better chance going twenty pounds higher than a hundred. Confidence goes a long way with lesser magic. We’re not talking sage, eye of newt or baby’s blood, we are talking the frame of mind which you set your intention. This might be more palatable to those who are skeptical of the more supernatural trappings of magic. 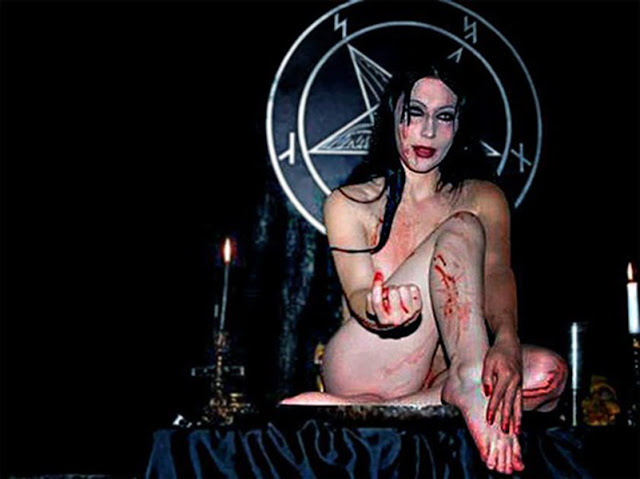 The current followers of LaVey are even more agnostic in their thinking than he was. The focus lies solely on the psychodrama of ritual as a therapeutic release for their feelings. With group ritual now a thing of the past, it’s easy to see why things like the Black Mass fell by the wayside with this school of Satanism. There are some schools where it remains a fervent part of their devotion. We’ll get into other sects in part three, but as it stands now the Temple of Satan, a theistic organization (not the hipsters in Salem), seem to be the most earnest in their pursuit of dark magic. There are others with varied levels of activity that we’ll explore in the next instalment. 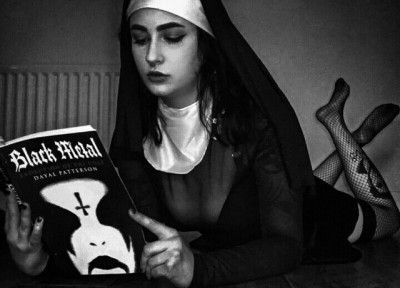 When you think of Satanic ritual, the first thing to pop into your mind is the Black Mass. The Black Mass has a history that goes beyond the context of today’s Satanism. The earliest manifestations of it occurred in the 4th century, with a gnostic group by the name of the Borborites , a name that translates from Greek to mean “the Filthy Ones.” They lived up to their name, as their take on the eucharist was to smear menstrual blood and semen on their hands and partake of that as the blood and body of Christ. Heretical clerics of the Catholic Church performed the Black Mass as we now think of it as an outlet for their disillusionment. This isn’t surprising when you consider the Church’s dark side. The Catholic Church has the largest underground collection of occult books. There’s been a fervent trading circle of these works among almost apostate priests who have become enamoured with the occult. Given the Church’s less than tolerant past with witches, you might conclude that similar to homophobes being closet queens, the Church are hell bent on having all the magic to themselves. 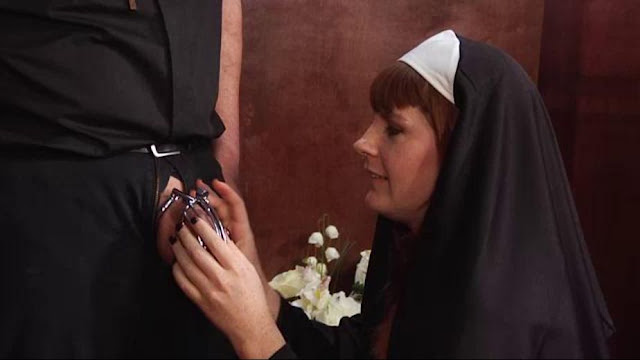 It seems pointless to blaspheme a rite that was pagan to begin with. The O.T.O.s gnostic mass gives the best look at how the occult history was worked into the original rite. Organizations like the O.T.O have members of varied occult faiths, pagans, Wiccans, and while in the minority, Satanists. Chances are if you’re just interested in blasphemy for the sake of blasphemy, you’ll find the Black Mass more appealing than any other magical pursuit. It really only has the desired effect the first time as more of a catharsis, after that if you’re doing the same thing repeatedly it loses the shock value and you’re just going through the motions. In 2020, I think we’re desensitized to the images that were once considered blasphemous and really the Church has been their own worst enemy. Pissing on a cross a naked virgin is holding is just another fetish on Fetlife – and good luck finding virgins. A real ritual worth performing might be opening portals so darkness might swallow the earth or at least be devoured by a cosmic dragon. We’ll get to that, next time we’ll look past the agnostic social clubs of Satanism and into groups that might have branched out from these in favor of more esoteric pursuits. We’ll also dive into other schools of thought, such as Anti-cosmic Satanism. Until then.

In this article:anton lavey, magic, satanism, the Church of Satan, the occult