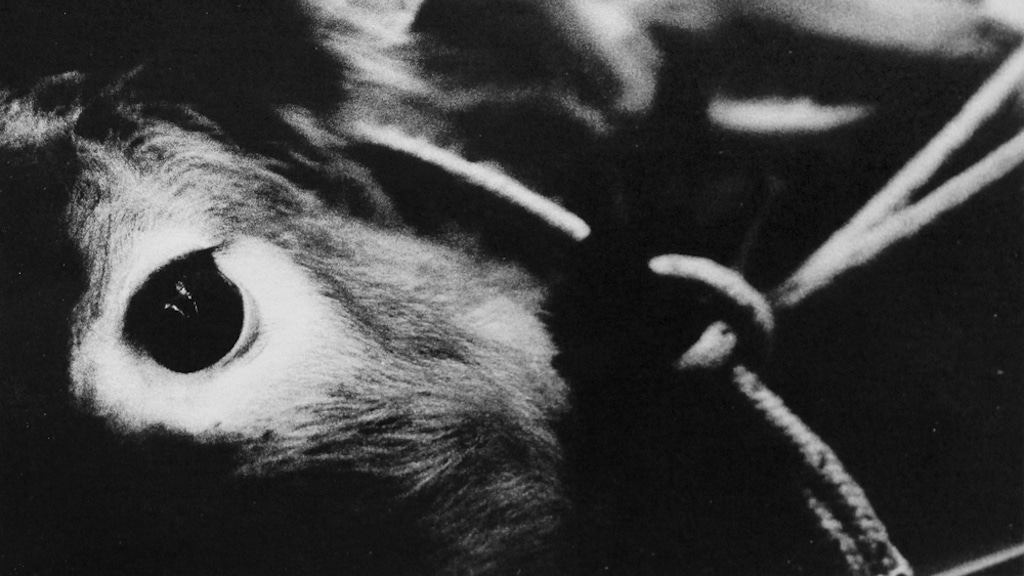 If you want to see what’s in the heart of a man, look at how he eats. Does he pray over his meat, thanking it before it meets his sympathetic blade, or does he hide from the reality of how that steak ended up wrapped up in plastic nestled in next to hundreds of packages just like it? I say this as someone’s who lives in relative poverty in a society that factory farms its affordable meats and reserves its ethical meats for wealthy citizens. As someone who chooses the local butcher when I can, even when I know there’s a good chance the animal I’m eating has still suffered immensely throughout its short life. Dutch photographer Roel Rozenburg has captured the life cycle of food cow in his series “Koe” which traces the cow’s life from artificial insemination to slaughter. It’s disturbing and odd, tragic and terrifying. And while this isn’t a “go vegan” post because that would be hypocritical, it is a post about what suffering and what practices we choose to ignore. There’s room in this society for small community farming of animals if we built it. It’s possible in this society to end the factory farming that we know causes a majority of the problems that are currently threatening our existence, like polluting our atmosphere, driving the extinction of myriad species, clearcutting our forests, depleting our oxygen, triggering the growth of cancer cells in our bodies, and sending a hurricane of pain and fear into our energetic field every second of every day.

In this article:Featured, Roel Rozenburg