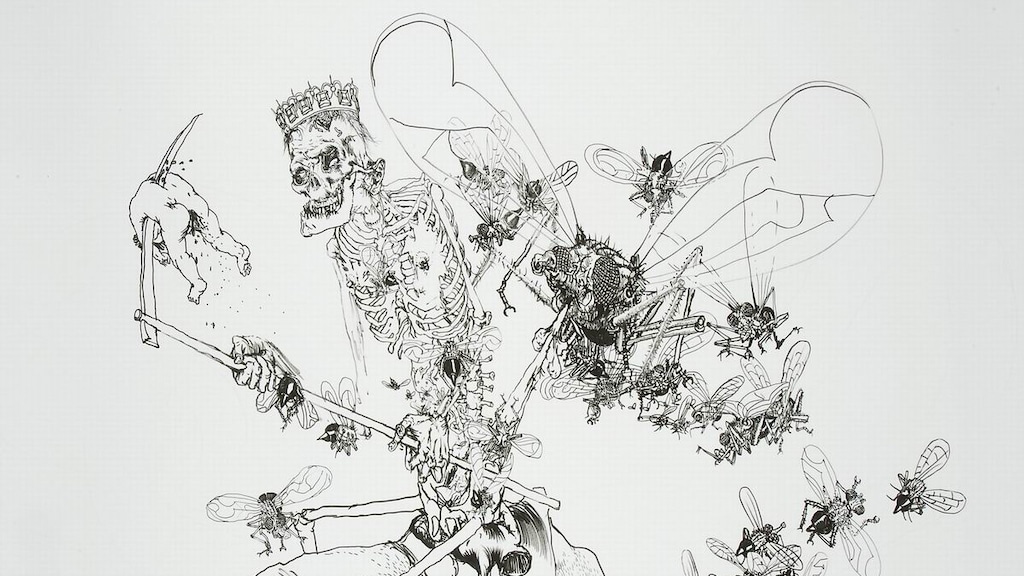 Something I’ve spent time reflecting on in the past few months is how many people in this world have suddenly woken up to the atrocities we commit against one another on a daily basis. Suffering at the hands of each other has somehow been less horrifying for most people than suffering at the hands of a virus. Being safe, clothed, fed, drunk, high, happy, self-pitying while murder and rape is committed in the name of patriotism is the definition of privilege. Peter Feiler sees the suffering that unrepentant greed and need have wrought on us, and he makes the most grotesque and unnerving art about it. It’s lustful and wrathful and absolute chaos, both in the characters he draws and in his lines and movement. He finds every sick thing in the human mind and puts it on paper.

In this article:Featured, Peter Feiler