PERDIDOS: Tex Mex Death-Rock and the darkness of the future - CVLT Nation 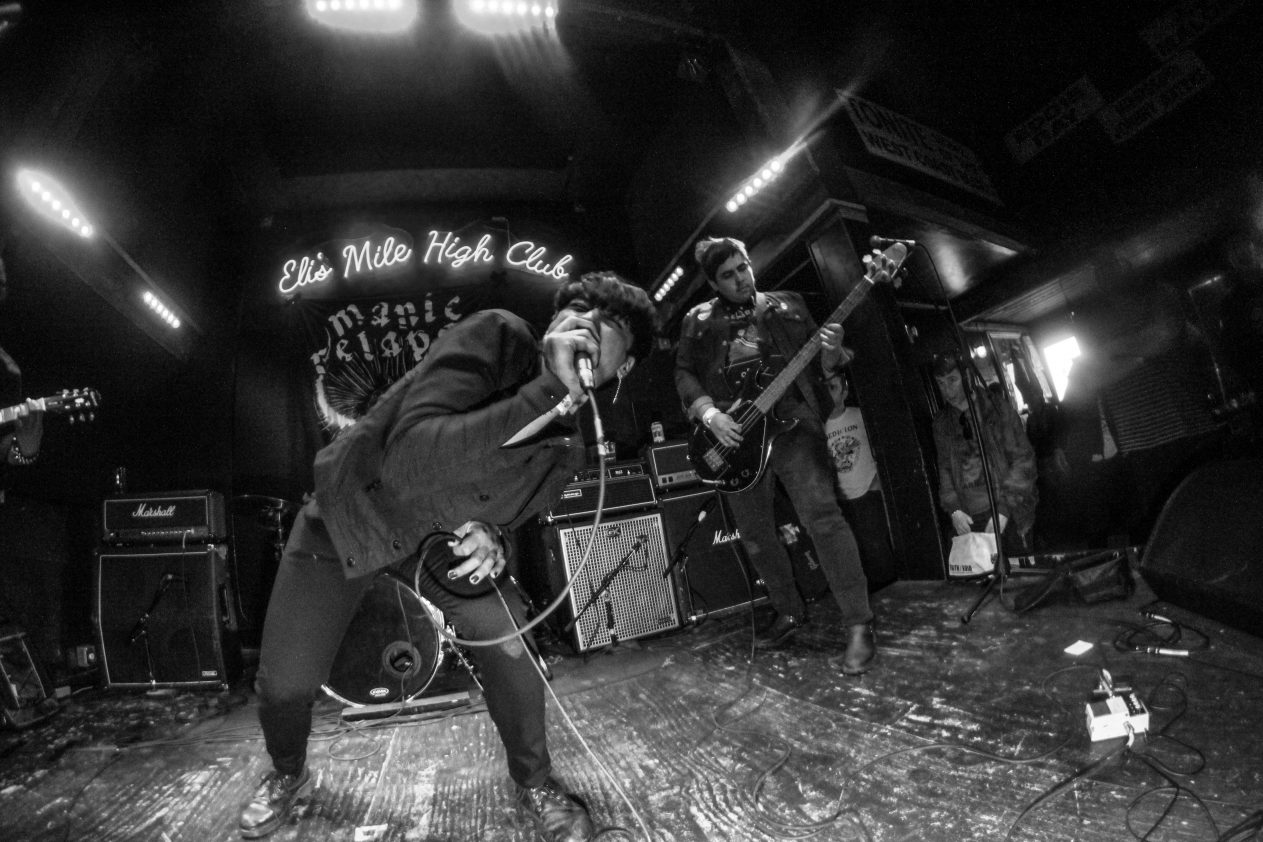 It doesn’t matter how many punk, post-punk, proto-punk or bands in any other sub-genre come up, because in the end a lot of them sound the same and bring nothing new to the table. And I agree that in the last few years there has been a flood of Spanish-singing punk bands, and a lot of them prey on the Barcelona sound, with the reverb and all that shit. But this is not about that; this is about PERDIDOS, (“Lost” in Spanish). Not only do they not sound like your run-of-the-mill Spanish punk band, they also don’t sound like your typical vintage post-punk group.

Perdidos are not fast and are not heavy, because they’re not supposed to be. Their sound is dragged, dark and haunted; song titles like “Cueva,” “Futuro Obscuro,” “Gente Maldita” or “Lluvia de Fuego” just turn that feeling up to eleven. So basically these songs are not melancholic, they are depressed and scary, yep simple, dirty and raw, which makes sense since they sing about graves, dark futures, damned people or raining fire. As poetic as it sounds, it’s all one giant metaphor for not knowing what the future will bring and how that is some scary shit. Amidst all these fears of deception and ruined dreams, the songs are catchy in a rock n’ roll kind of way and full of rich musical details that grabs us on the first listen keeping us coming back from more. It might sound weird that four Texan guys play in a band like this, but not only is Mexico close enough to make a dent, but also Deigo grew up there and he feels more comfortable singing in his native language. Adding to that, with all the fucked up US anti-immigration laws and mass shootings, it makes perfect sense that the future looks bleaker than ever, a shared feeling that spawns a lot of dark-punk sounding bands. And even if Perdidos claim as influence stuff like the Lords Of The New Church, The Stooges, Parálisis Permanente and the Madrid scene, LA deathrock and the Pacific Northwest or newer stuff like Destino Final as well as Rock And Roll, 77, 82 and darker Punk bands, Goth Rock and Post-Punk along with cinema and literature – they blend all that so well together that in no moment do they sound like just another tribute act.

Perdidos also has something that a lot of bands, no matter how good they might be, just lack: they exhale style and when you listen to them it’s contagious, and don’t you just miss that feeling of finding a new band that isn’t bread on hype because of someone who plays there or the label that put the record out?

This is just four guys who used to hang out together in some lost Texas corner and decided to play death rock in Spanish, putting their own tapes out because no matter how dark the future might be, it sure as hell inspires some great fucking tunes.