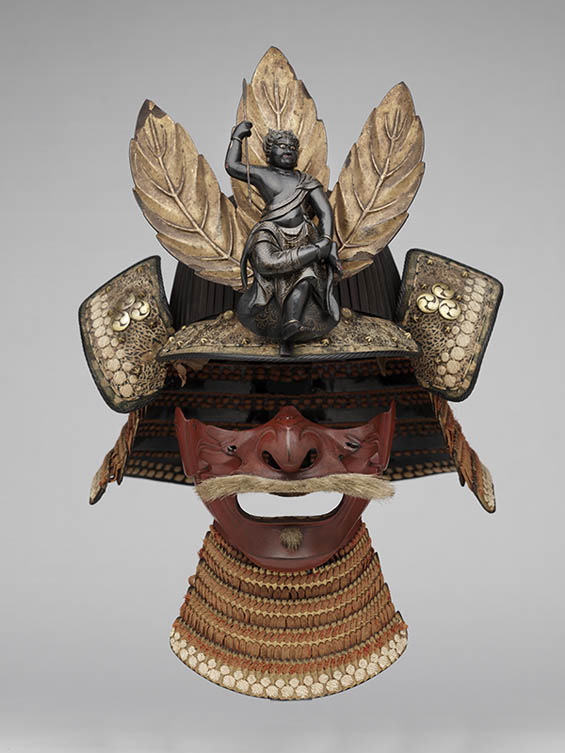 I love history of all kinds and I’m also a very visual person. So when I saw these photos of Samurai armor, I was captivated. When I look at the ancient garb of these warriors, I think of the craftsmanship that went into making these pieces of battle art. They are so elaborate that it is almost mind-blowing. I find it hard to imagine warriors that look as killer as the ancient Samurai warriors did. Their gear was the perfect balance between functionality and mythical imagery…Right now at the LACMA, Robert T. Singer is curating the Samurai: Japanese Armor from the Ann and Gabriel Barbier-Mueller Collection until Feb. 1st. Read about what Singer has to say about the symbols you will see on many of the exquisite helmets, as well as his inspiration for the exhibit.

My story is not about the samurai. My story is more about the art, the idea that a samurai, a warrior class, would be so interested in such fantastic symbols and mixing together Buddhism, Shinto, and things which would not mix together outside this culture. (Source)

Animals, Buddhism, Shinto, they’re all mixed up. We really don’t understand why. This is performance, ceremonial, processional armor, and they’re showing off, they’re trying to be, sort of, outside the normal world. (Source)