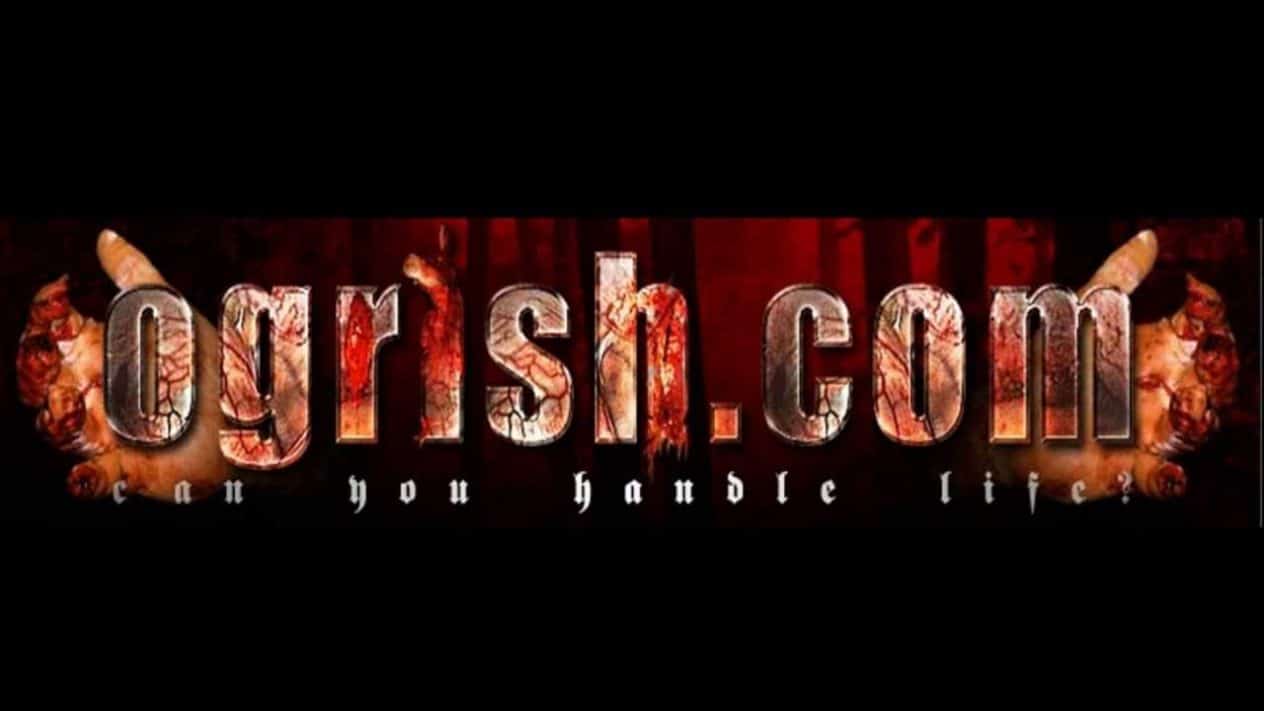 In this 3rd instalment of a 4 part Ogrish retrospective, we take a closer look at the form and content of the shock site and how it repackaged itself as an alternative form of news service for the digital age.

The original look of the Ogrish site was dark and baroque, with its rationale epitomised by its catch line ‘Can you handle life’ with the violent and upsetting materials showcased as a means of challenging the viewer.  Here, the transgressive imagery was placed in a context where it supposedly opened peoples’ eyes to the brutal and arbitrary nature of the everyday. Yet, despite this ethos, there was a reverence for death and violence that meant the portentous demeanour of the site was ultimately affirmative; instead of post-punk nihilism, at Ogrish death mattered. The clips were labelled and their context explained by genuine and faux news reports, unlike other shock sites of the time such as Consumption Junction  that presented clips in a for a lulz manner to diffidently shrug ‘nothing’s shocking’. Before its attempted public image overhaul in 2006, visitors to the homepage would be presented with a menu of newsworthy events and unrelated marginalia, linked only by the fact that the visual media was of a violent, sensational or bizarre nature and usually centred on the ruined human body:

The media conflict in Iraq escalated after the 2003 invasion, generating a huge volume of visual imagery from both the insurgents and the coalition forces themselves, and one result was that Ogrish redefined its boundaries in terms of both the security and banality of clips hosted on the sites. For every beheading there would be a hostage appeal with no grisly payoff, clips of mujahedeen playing with guns and rockets devoid of body horror and violence, and scenes of abstract destruction where bombs exploded and smoke billowed but no human forms were in plain sight. Typically, the clips would be posted on a main menu sub-generically; once the sub-genre required was clicked on the user would be redirected to another menu offering a specialised assortment. The beheading videos that were issued by insurgents were often quite sophisticated, with intricate opening and end credit sequences, ‘confessions’ from those about to die and lengthy valedictions from the executioners. However, Ogrish would often merely isolate the violence, completely transforming the original meaning and context of the death media, effectively reducing the body from cultural artefact to site of spectacle. Admittedly, all news agencies will edit terrorist press releases but Ogrish’s tendency to segregate the ‘money shot’ was undeniably exploitative.

The way we were. Sex and death side by side in this snapshot of the Ogrish homepage sometime 2005.

Aside from its hosting of insurgent videos, the website also drew fierce criticism in the wake of the 9/11 bombings and natural disasters such as the Asian Tsunami (December 2004) and Hurricane Katrina (August 2005) after graphic pictures and clips of victims were posted without consent from relatives. This led to attempts to censor the site in countries such as Germany and Spain  and arguably precipitated Ogrish’s efforts to reinvent itself. What seemed to offend visitors to Ogrish most was the sensationalist context and pornographic links rather than the actual content of the videos; indeed some media commentators felt unease that ‘reputable’ online news websites such as the BBC’s News24.com and the Sunday Times Online, to name but two, had gone public with statements after the Kenneth Bigley beheading announcing they would not link to the murder video on the grounds of taste and that it was gratuitous. This argument, that to suppress transgressive imagery arising out of the Iraq conflict is tantamount to endorsing the sanitised or manipulated version of events espoused by the U.S. government and republican news affiliates like Fox News, is similar to the defence Ogrish offered when accused  of distributing jihadist propaganda; the site argued that it was allowing its audience to ‘see things as they are so they can come to their own conclusions rather than settling for biased versions of world events as handed out by the mainstream media’ as Dan Klinker wrote in an editorial statement in 2005. However, such was the contentious nature of the site itself, it found no prominent supporters willing to endorse the site. Ogrish also encountered attempts to censor it in Western Europe.

In August 2005, the telecoms firm Level 3 Communications, which operated a number of Internet lines in Western Europe, blocked access to the site in Germany by filtering the IP address on its German routers. This was done at the behest of Jugendschutz, a media watchdog and self-proclaimed ‘youth protection group’ who deemed the site corrupting and claimed that the service provider violated German legislation that required a website to verify the age of its visitors before granting access to adult content. Ogrish argued that the blocked access was effectively censorship as the action was not backed up by a legal order. However, the incident merely highlighted the difficulty in suppressing material on the net; German-based fans of the site only had to change their service provider to sidestep the ban. A year before in Spain there were legal attempts in the high court to ban Ogrish after it posted uncensored footage of the Madrid Train bombings and their aftermath but an initial order to deny access to the site was subsequently overturned on appeal. This was largely due to a tacit acknowledgment that such a ban was unworkable and a potential embarrassment to the Spanish government rather than a libertarian impulse. In early 2006, presumably in an attempt to rehabilitate its image, the site changed its dark, graphic intensive look to a cleaner layout that was quite neutral in terms of contextualising the clips and articles featured. The site also introduced a Podcast service and issued a new mission statement on its FAQ section in January 2006 that announced it was making the transition from a gore website to an uncensored news one:

Q: What does the future hold for Ogrish?

A: our goal is to become a respected media outlet for uncensored, unbiased news. This will take considerable time, contacts and funds. We would also like to add much more background and educational value to our content. As soon as we find alternate ways to fund the incredible costs, we will eliminate the adult orientated advertisements. Also, we want to make Ogrish available in more than one format, something we are already doing with the publication of a magazine. (Dan Klinker Q & A 2006)

Also notable were the glossy new presentation credits that preceded high profile clips after the ‘Representing Reality’ watershed.  These credits comprised a computer graphic of a blood stained metal panel, with ‘Ogrish’ in black higher case letters and ‘Com’ in black lower case. Underneath was the by-line ‘Uncover Reality’ in lurid red capital  letters. The captions exit the frame sideways in opposite directions with the metal panel separating in the middle and sliding outwards to present the video clip selected; always accompanied by the proprietary stamp ‘WWW.OGRISH.COM’ at the bottom. Retrospectively, while the title sequence could be regarded as kitsch and somewhat undermining the site’s claim to be merely ‘Representing reality’ the visual embroidery was a reflection of the videographics that have infiltrated satellite news broadcasting since CNN’s highly influential coverage of the original Gulf War. In considering the transition of the site from ‘gore’ to ‘uncensored news’ what is most illuminating is the belief of the team behind Ogrish that to some extent the context the transgressive visual media featured on the site was presented in actually determined the reception of the visual media itself. Sites like Homelandsecurity.com had often appropriated terrorist media posted on Ogrish but presented them in a nationalistic US pro-coalition context that allowed them to pass relatively unnoticed.  At Ogrish, it was just death. The final instalment of this retrospective will look at the demise of the sit and the ascent of LiveLeak.