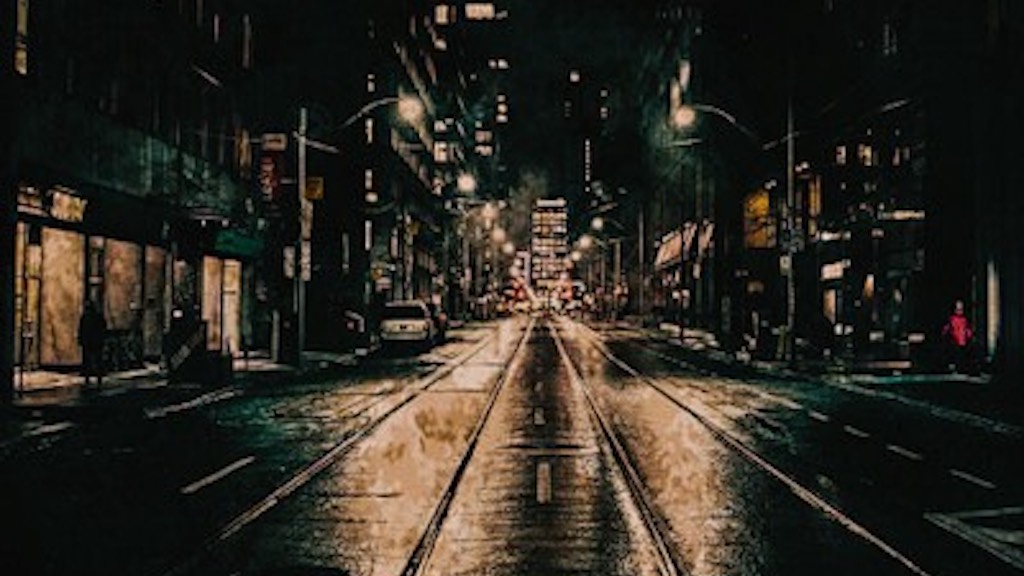 Calling all occult horror fans! After reading just one chapter of our very own Kelly M Hudson‘s latest book called Blood of the Ghastly Dead, I’m fucking hooked. It’s funny and freaky and I know when I’m done with it, it’s going to have me jumping every time my creaky old pipes decide to belt out a late-night tune. It came out in digital format last week, published by Spook House Media, with a paperback in the works. I’m really excited to be able to share a chapter with you here, so settle in for Zombie Jesus weekend with a story about an ancient evil stalking the streets of San Francisco…

To all the freaks and geeks, to the blasphemous, to the outsiders, to those who were told they didn’t fit in, they didn’t belong, that something was wrong with them, to the bullied and the harassed, to those left alone and those put aside, to those who have been told they were ugly and unworthy:  You are all beautiful, and I am proud to call you my brothers and sisters.  May you all shine brightly.

BLOOD OF THE GHASTLY DEAD: Chapter 3

Sister Helga Von Kain (AKA Matt Hemple) was asleep, drifting on a different kind of fog, the weed strong and good tonight. So good, in fact, he had passed out in full makeup on his living room couch.

The arrival of the fog changed that, though. Something loud and hard rapped on his window, waking him instantly. He muttered, drool dribbling from his lips, and looked across his room.

He could see the fog outside his window, which was odd. It never raised that high before. His apartment was on the third floor.

The glass rattled. He jumped, fully aware of himself and what was going on around him. There was a presence out there, drifting, floating…

He could almost feel it staring at him from the fog as it billowed outside his window.

The lights flared bright and Matt jumped yet again.

“Did you pass out already?” Tommy said. He fluttered into the room, with a bag of Chinese carry out and a six-pack of shitty beer. Tommy was Tommy again, no longer Sister Rag Tag Toni. He’d rubbed off all the makeup and was back to being Matt’s best friend and confidant and drinker of cheap-ass beer.

“You feel that?” Matt said. He rubbed his face again and his fingers came back greased with white. Fuck. He had smoked a fat joint and fell asleep in his makeup. He was going to have a nice outbreak of acne tomorrow. Pimple City, here I come.

“Feel what?” Tommy said. He emptied the bag, placing three big boxes of food on the table along with two orders of egg rolls. He flipped the bag upside down and poured out the little packets of soy sauce and Duck Sauce.

“The fog, outside,” Matt said.

“Oh, you’re not having an episode, are you?”

That’s what Tommy called his psychic flashes: “episodes.” Like he was an epileptic or something.

Tommy handed him a plastic fork and paused, shaking his head.

“You need to get that shit off your face,” he said.

“You smoked that blunt, didn’t you?”

“You fucking bitch,” Tommy said. “I told you to save me some.”

“I can roll you another one.”

“You better, but first get that makeup off. And then you come eat. By the time you get cleaned up, the munchies will be setting in,” Tommy said. He pursed his lips and kissed the empty air. “Who loves his Matty Hemple?”

Matt laughed. He stood with a flourish, whirling his nun’s costume around once before stopping, cocking his hip, and flashing a naughty look.

“It’s Sister Helga Von Kain to you,” he said. He laughed and fled the room.

Inside the bathroom, he went to work, sliding out of the costume and beginning the long, arduous scrub of his face. Things had gone good tonight and he was pretty happy with the results.

The Sisters of Glorious Indulgence, the drag queen nun charity group that he was a member of, had just tonight raised over three thousand dollars to go towards the homeless shelter just a few blocks away from where Matt lived. This was important because people needed a place to lay their head safely at night. It was also important because the homeless population, always bad in San Francisco, had exploded in the last few years. It was getting really out of control, not that it had ever been a good thing.

Tomorrow he had to be up early, bright-eyed and bushy-tailed, as they say. He had a gig with a fashion shoot downtown. He was the makeup guy. He’d gotten the job through his gal pal Natalie, a nice resource and close friend, and he was appreciative, but right that second, he wasn’t sure he wanted anything to do with it at all.

There was Tommy, of course. He knew that the little bastard liked him, but he didn’t feel the same in return. He loved the shit out of Tommy; they’d been best friends ever since he’d moved to San Francisco five years ago. But he didn’t love Tommy that way. They were friends and that was all. And Tommy understood, but every now and again, Matt saw him looking out of the corner of his eye, and he felt bad, like maybe being friends was wrong somehow.

He sighed and let it go. He rinsed his face off, slipped into a pair of shorts and a t-shirt he’d left lying on the bathroom floor that morning, and went back out to eat some food.

“You look like shit,” Tommy said. “Here, I got you some General’s chicken.” He slid one of the containers over.

They sat and ate for a while, not speaking.

“Why did we never date?” Matt said.

“Because you’re a bitch,” Tommy said, and cackled. “No. Because you’re not my type. Too tall, too nice. I liked the dangerous kind.”

Tommy was short and stout but strong as a bull. He was also hairy as hell and that meant he had to do a lot of shaving when it came time to put on the habit and go do the Lord’s work.

Something scraped the window across from them. Tommy didn’t notice, but Matt did. Right away, instantly. He looked up and saw the fog swirling. There was something else there, behind the mist, something staring at him.

“Jesus,” he said. He set the food down and stood. He needed to piss so badly but he couldn’t move. He was rooted to his spot.

“Oh, this isn’t one of your witchy-voodoo things, is it? You trying to scare me again?”

Tommy looked up. Right when he did, the glass cracked, crackling but not falling out. The crinkles spread out like a spider-web. A cold presence filled the room.

And then it was gone. In the snap of a finger, the queasiness passed, and the eerie feeling emptied out of the room. Matt stared at the window. It was still cracked.

“Are you losing it?” Tommy said. He laughed and spooned some fried rice into his mouth.

Tommy shrugged. “It felt like it got a little colder for a second.”

“Must have been a bird.”

“Listen, I know your mother was some weird psychic or whatever,” Tommy said.

“Yeah, yeah, whatever. I know you get these flashes sometimes, but God forgive me, I don’t believe in that shit,” Tommy said.

Matt sat down. He couldn’t take his eyes off the cracked window.

“Eat before it gets too cold, and then roll me that joint, bitch,” Tommy said.

Matt licked his lips. The feeling had passed, and he began to question if it had even been there at all.

In time, he would relax and enjoy his food and company. But the moment never left him completely, and that night, when he slept, he was tortured by nightmares.

Pick up the Blood of the Ghastly Dead e-book here.