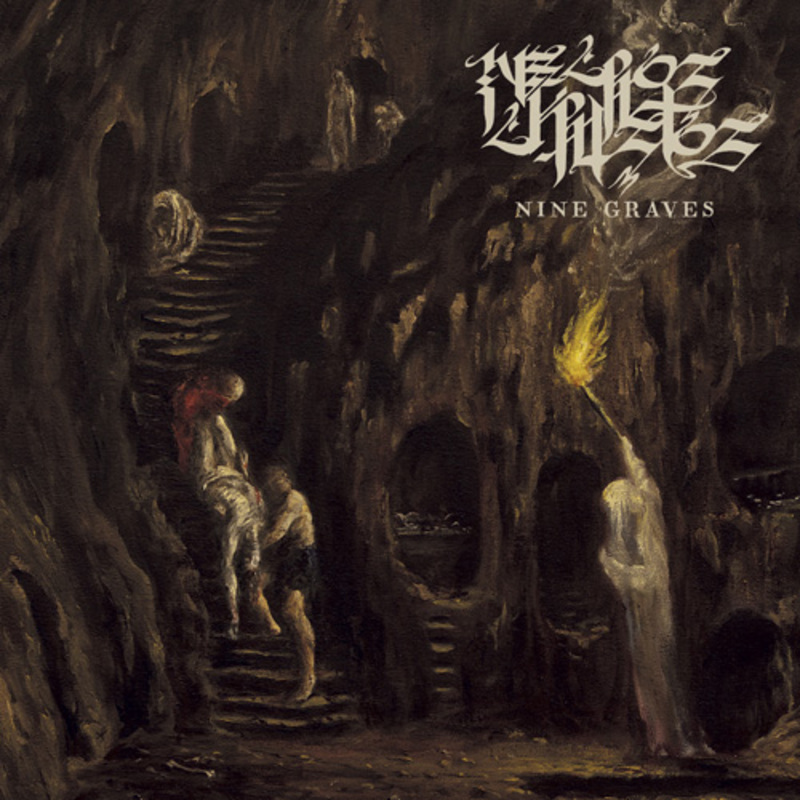 Could this be the last we hear of vaunted, revered, nearly sacred institution within metal underground circles, Necros Christos? Nine Graves is another chapter in ritual doom death metal, care of the band from Berlin, a band whose early albums and EPs are likely sold out or extremely expensive to acquire. When Necros Christos hang it up to dry, those albums will surely be sought out by many who hear this prodigious entity, even for the first time.

Nine Graves has fewer songs than their previous full-length albums. The brevity in runtime makes the listen that much more special. Should this be the last chapter in a fine line of albums, Nine Graves will certainly cement that legacy. Doubtless, they’ve earned respect from yours truly. Some bands do one or two good albums. Some bands do one or two bad ones all throughout their careers. Let me tell you now: Necros Christos don’t do a bad album. They haven’t, and should this mark their farewell, they also never will.

What words can be said that aptly justify the authenticity of Necros Christos’ sound? If you’ve never heard them groove mid-tempo, you’ve never heard how it’s truly done. Maybe I gush unnecessarily when praising a lesser band do it well, but in this case, Necros Christos just stay themselves, and new music from them always becomes a cause for celebration. You almost relate to the obscurity they’ve toiled in through the years. No wannabe metal poser truly digs them. No trend-focused wannabe cvlt motherfucker ever will. Whatever sets apart the mixed downpicking and shredding, all while grooving the way no doom death metal band will surpass, they make guitar riff magic that just works with the restrained drumming, and the lyrics that always tell a story. They always fit their sound. They also feature the very rich sound of sacred Middle-Eastern inspired instrumentals that go back-to-back with the metal ones. They bring you to the shores of Babylon and back, then rock your world into oblivion with the crushing groove, the catchy, heavy cvlt jam, and in that instance you find yourself experiencing something surreal that no metal band does with equal veracity.

The production is polished. Necros Christos don’t play with production gimmickry. You can hear the riffs clearly. The bass, the drums, the same. The vocals are as good as they’ve always been. And the songs, those songs; they take you to places you’ve never been. The sitar on the acoustic songs plays melodic gems. The soft percussion mildly lulls the listener the way a hypnotist does. Necros Christos have never been disposed to experimentation, but then again, no band has ever sounded like them. This is another end-of-year-lister.

Nine Graves is out via Sepulchral Voice and Ván Records