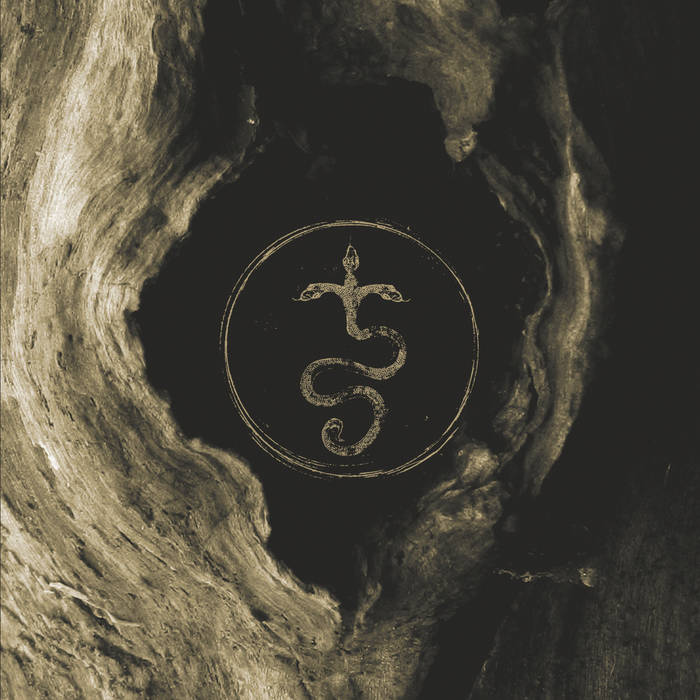 In his interview with Red Bull Music Academy, Stephen O’Malley had a utilitarian response when asked about arranging music in the context of doom, drone and minimal music:

Try playing slow. It’s difficult. You have to be very patient. It’s a different kind of skill with listening. You have to find nuance.

Arizona’s Naught play slow. If you ask me, doom this weighty, hellish and morose demands it. Some might call it repetitive or one-note, but at the end of the day, it’s up to the listener to discover the nuance. On their self-titled debut released by Battleground Records, Naught bring three tracks of monochrome doom/sludge shrouded in an otherworldly cavernous ambiance, how-low-can-you-go tuning, blown out guitar/bass tone, and the shrieking of a creature that must be on the receiving end of ongoing physical torture. Praise must be given to Naught and the great Arizona studio, Arcade Digital Recording, for collectively nailing down the tremendous sounds throughout. Achieving the perfect union between Naught’s imposing music and the chambered atmosphere on this recording truly strengthens the power of the band’s glacial doom. You’ll occasionally hear people criticize the quality of a recording by likening it to sounding as if it were recorded in a cave. Well, this Naught album sounds like it was recorded in a cave, albeit one with proper acoustics. But don’t take that as criticism. Attention to detail was clearly poured over and both tone and atmosphere absolutely radiate.

Onto the songs: “I, The Wraith” begins with mournful clean guitars and atmospheric swells before dropping in perpetually ringing riffs and cymbal-crashing drums. When the vocals first hit, you’re likely to be taken aback. They are wretched beyond most grim black metal and bring to mind Leviathan’s effect-aided shrieks and gurgles. Any semblance of melody is channeled through the melancholy guitar work; both during sorrowful clean passages and the pensive leads.

An eerie instrumental of white-noise wash and void-like shards of feedback leads into “Firmament; Alight.” All things relative; if there is a barn-burner to be found here, this is it. Swinging drums and chugging riffs give the album some welcome momentum and punch. The last few minutes of the track belong to the maniacal performance of Naught’s vocalist. There’s a lifetime’s worth of pain in that inhuman voice.

Baritone and dirgey clean guitars commence on the final song, “Oblation.” The tone on the guitars here is truly affecting. I’d even call them weepy. As much as I dig the blown-out fuzz of the distorted guitar here, it’s the cleans that I am most often floored by. They really are the key to imbuing Naught with a forlorn quality to their music and the overall vibe.

The track erupts into a funeral march pace of drum crashes and morose accents to the downtrodden riffs. At the 8:45 mark, the drums launch into a flurry of toms as the guitars blanket everything in black with atmospheric effects and washes of melodic noise. The album closes out with the entire band firing on all cylinders.

Naught come through with a debut that while homogeneous in execution, showcases the band’s passion for penning some genuinely primitive, down-and-out doom. The atmosphere achieved transcends your typical doom album into something truly immersive. Look to visual artist, Stephen Wilson, who vividly imagines the vibe contained here with the album artwork. Naught’s serious attention to ambiance, a tremendous vocal performance and built-in nuance all add up to a harrowing debut entry into the world of modern doom.