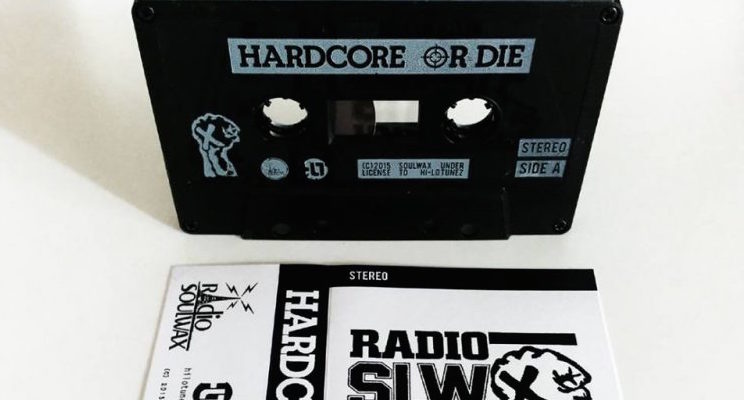 My homie Fergadelic has melted my mind again! I always felt that he was one of the most creative humans I know, now it’s a fact! He teamed up with his homies 2manyDJ’s/Soulwax crew to create hardcore video history. Basically, they have made the sickest visual mixtapes ever known to humanity. The music you will encounter in this hour will push your wig back for sure – major shout out to Soulwax and Fergadelic for making my braincells slam dance. CVLT Nation will do everything in our power to make sure the whole world sees and hears Hardcore or DIE. Below, read what Fergedelic has to say about this experience!

We posted this years ago…

Hardcore or die from Radio Soulwax on Vimeo. Hi, my name is Fergadelic. I’ve been doing visuals for 2ManyDJs for a while & as a part of this large project I got to take part in this fantastic “Hardcore Or Die” mix; What a privilege!

I’m a big fan of a lot of this music, it’s been an inspiration for me since I first heard it in my late teens…though I should add that there were plenty of tracks & artists on this mix that were new to me. The visual material was a joy to work with (getting to make the Corrosion Of Conformity toxic skull head bang was a big moment in my artistic career so far!) but I was particularly inspired by Dave & Steph’s irreverent treatment of the music & in turn I tried to inject the same craziness & fun into the visuals; Also, while I’m a Hardcore fan I’m aware that many people aren’t!..& it was my mission to use the visuals as a way in for people who might not otherwise listen to this stuff.

All credit is due to Steve from Soulwax, it was his passion for this music & involvement in the scene that inspired the mix in the first place (he once sat in on drums for Chaos U.K., as their drummer was too drunk to play…how cool is that?!)…also all credit to Nuno Costa, the animator who did such a great job interpreting my ideas. Now, are you ready for an hour of hardcore?!

In this article:Fergadelic, hardcore or die