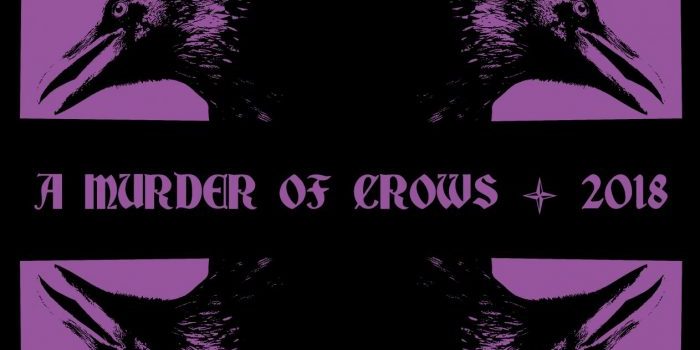 Rejoice! It’s that time of year again! Murder of Crows Festival is happening on Saturday, September 15 and Sunday, September 16 at Brooklyn Bazaar in New York. It boasts an incredible lineup– seriously, I can’t express how bummed I am for living on the other side of the country because this would make my life. Saturday’s lineup is: Ritual Howls, The Last Cry, The Rope, Cemetery, and Astari Nite. Sunday’s lineup is: ACTORS, VOWWS, Azar Swan, Bootblacks, and WAYOUT. Check out more detailed information on the Facebook event page because there’s a lot going on besides the incredible live performances! Here’s a badass playlist showcasing the bands to get you pumped:

I also had the opportunity to interview the festival organizer Sean Templar! Check it out:

Q: What artist(s) and/or album(s) first got you into goth music and how old were you?

I think my answer is a pretty common one. I was 14 and I was already enamored due to my older friends but it wasn’t until I picked up The Cure’s Japanese Whispers and Head on the Door on cassette. That should tell you how long ago that was. I remember it was at the Tri-County flea market in Smithtown, Long Island. From there it was a straight shot to Siouxsie and Bauhaus who led me to the Prunes, Alien Sex Fiend, The Birthday Party. This was before the internet. The struggle was real: tracking down the imports or saving up money and trekking into the city.

Q: How long have you been a DJ and how did you get started?

I started spinning at the radio station in college way back in 1992. I spun primarily Goth, Deathrock and Industrial. To be honest, it didn’t go over that well, not at all. However, through my show, I met a lot of like-minded misfits on and around campus; but for the most part, my fellow students didn’t care for Christian Death being pumped into the cafeteria during lunchtime. The calls I would get were wonderful! The first time I spun in a club was much later. My then girlfriend, and now Wife, Mandana, and our wonderful friend Val, started a night at The Pyramid called Hell. That was in 1999. They asked me to DJ. I said yes and from the start it was so much fun. We didn’t take it to seriously. We just wanted to create a very open and inclusive party, free from any hierarchy nonsense. It was very innocent and I think in a lot ways it still is. Q: What is the scene like in New York? How often are you out doing your thing?

The scene is going very well. I mean there is an ebb and flow but right now, there does seem to be an uptick. I blame this on all the great music coming out at this point in time. This is keeping me very busy. I have The Red Party which is my main focus. It’s my Goth and proud party going on 12 years now over at Mercury Lounge. We do very well and we get to showcase a lot of great live music. We have a lot of amazing bands and DJs come through. I also help run Underworld and spin at Necropolis which are also long running monthly parties, as well as booking bands on the side. I just did 2 sold out nights for Clan of Xymox and I have Trisomie 21 scheduled for 2 weeks after the festival.

Q: When did you first start putting together the Murder of Crows festival and how did you go about it? Was it a long time coming?

A Murder of Crows germinated at Wave Gotik Treffen. I really loved all the friends I met, not to mention the wonderful artists that we were missing here in NYC. A bunch of us silly DJs started chatting about it online. It was Dave Bats from Release the Bats, Martin Oldgoth, that sexy English bastard, and Patrick my fellow New York DJ. It really was a great excuse to get all our friends over for a party. It was honestly very organic and we started it because of our shared passion. Readership Hostile playing the festival in 2017

Q: What were the previous festivals like? Has the festival grown a lot since its inception?

This will be our fourth A Murder of Crows and, to be honest, we were learning as we went. The more we did, the more we wanted to do. We started with 4 bands and 4 DJs and now we are doing 10 bands and 10 DJs and a market that we never had before. It’s a large undertaking. It can be very overwhelming, but we are so excited to share our excitement with others.

Q: How do you go about deciding which bands to contact about playing Murder of Crows?

Our process is pretty straight forward. We try to invite friends and artists who have never played NYC before or new emerging artists that we all like to spin out at the clubs. There isn’t too much thought that goes into it; maybe there should be. It’s kind of like, I will say, “Let’s ask Astari Nite” and everyone would say, “Yeah, I like them. Let’s get them”. Or, “How about this band?” and someone would say, “I hate them”, so there is that too. Neon Cross playing the festival in 2017.

Q: Are there several hurdles you have to face when putting together a festival that the average person wouldn’t foresee?

Oh God yes. Primarily, it is other events that book on top of ours. It adds an extra burden that I really don’t like. The cost is also a large burden as its out of my own pocket. We aren’t savvy enough to get sponsorships or partners. Another is promotion–getting the word out can be tough, especially when you are all spread out across the world.

Q: What are your favorite parts about running a festival?

The best part is hands down seeing all my friends who I would usually only see once a year. Friends from Germany, England, Sweden, even California. Its just great to have so many like minded silly people in one place. I can’t really enjoy the festival fully until it’s all done and we can take stock. It’s sad to say, but there are so many moving pieces that you can’t really sit still for too long and take it all in. Brickbats playing the festival in 2017.

Q: What do you do besides DJ and organize events? Any music projects of your own?

I have no musical talent whatsoever. That is why I am a DJ. I make my living as an editor and graphic designer. Music, however, I leave to the professionals and the world should be very thankful for that.

Q: What has been one of your proudest moments as a promoter.organizer?

I think The Red Party. It sounds silly now, but when we started there weren’t any Goth only clubs in New York City at that time. I mean you would get The Cure or Sisters lumped in somewhere between the EBM and Synth but it was really relegated to the back rooms. So we didn’t expect it to do as well as it did. I think our stubbornness inspired others to do the same. DJs like Patrick and I really kept it going through the low points. Q: Who are some of your favorite newer bands right now?

Wow, I don’t even know were to begin. As I said before, there is a glut of riches at the moment. Loving Actors, Bootblacks, Then comes Silence, Way Out, Box and the Twins, The Rope, Twin Tribes. There are so many. I feel bad leaving out anyone, they know who they are.

This list changes from time to time but here are 5 that have always stayed with me. Why couldn’t you ask me for 10!

Fields of the Nephilim Elyzium

The Sisters Of Mercy Foodland 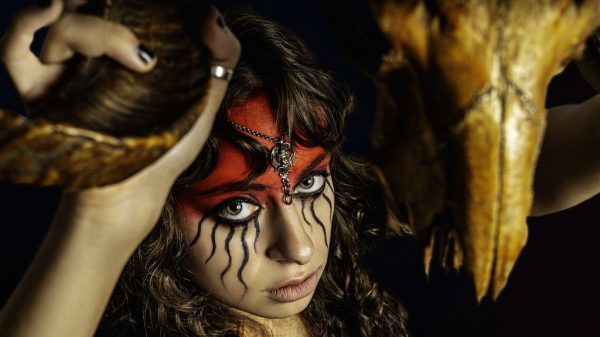