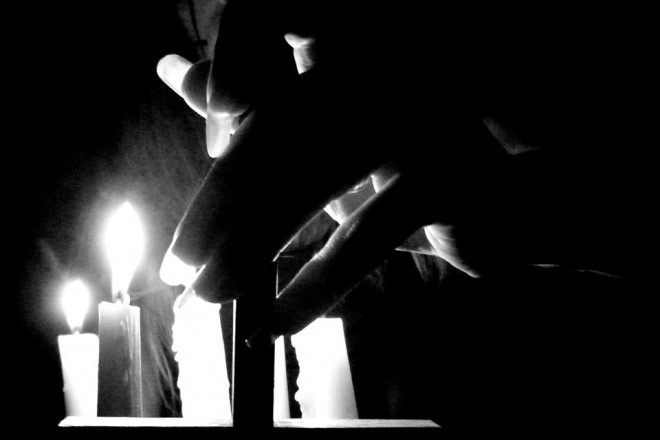 Even though I was familiar with Monarch, I never really followed their work as it was released. I sort of just happened to stumble upon a split here, an EP there and some of their full-lengths, and I always liked what they were able to offer. I still consider Speak of the Sea, Mer Mortre and Omens to be great albums, and some of their split releases, such as the Dawn of the Catalyst split with Grey Daturas, were unbelievably disturbing.

So now, these French psychopaths (and that is meant as a compliment) are releasing their latest record, Sabbracadaver through Profound Lore Records, and are once again able to wrap the world in darkness and fear. The essence of the band does not rely on their heavy guitars and slow tempo, but rather on their dense ambiance. This atmosphere that they are able to invoke seems to be fluctuating between a dark, haunting ambiance and an almost dystopian vibe. A post-apocalyptic nightmare is exactly what the band aims for. Once the opaque ambiance of “Pentagrammes” comes in, it feels as if a void has been unleashed, swallowing all light. With the vocals further increasing this suffocating feeling, the band attacks with cymbal hits and heavy riffs, making the whole process insane. Monarch is constructing a labyrinth made of darkness and fear, in which you have no choice but to lose yourself. Similar is the case of the equally imposing “Louves,” with Eurogirl’s voice echoing through the vast maze. And the real surprise, when the band gives in and lets loose an almost melodic part in the middle of the song, with an intriguing sorrowful melody being repeated, providing an almost cathartic experience. That is, of course, the only remission this album is allowed to have, and once again Monarch put back their relentless mask and plummet in the depths of despair. And that is exactly where they take things off for the final push.

The slow start of “Mortes” builds anticipation, and the introduction and the whispers make reality seem elusive. The soundscapes that Monarch has laid down is constantly terraforming with the continuous feedback coming from the amps, and the slow drums with the heavy hits are creating craters in the surface of the sonic landscape. The track is immense, with the band taking its time to let this song expand and take form. Monarch is finally putting an end to “Mortes” as the whole structure of it fades away, turning into nothingness.

It is quite simple really: if you are into drone/doom and you like yours with a sickening, dystopian and haunting twist to it, then you should get this album. Sabbracadaver should not be missed!