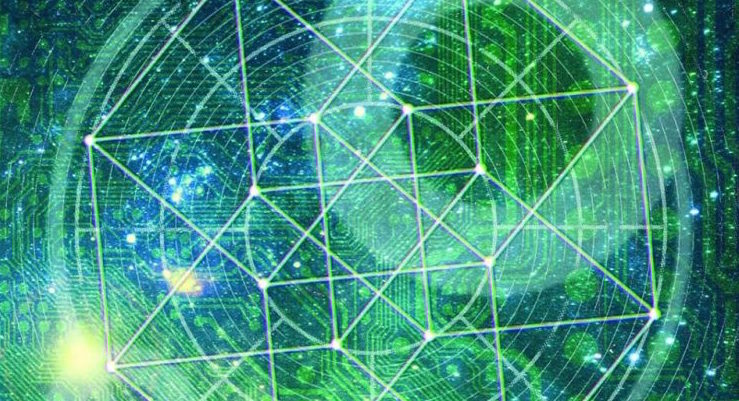 If any UK doom releases pass through the assured hands of Chris Fielding at Skyhammer Studios you can rest assured it almost comes with a quality stamp embedded through its core.

The latest release to emanate from the hallowed north west of England’s doom control centre is Yn Ol I Annwn, the third instalment of a trilogy of albums from Welsh quartet Mammoth Weed Wizard Bastard. The new release, which translates from the band’s native language as ‘Return To The Underworld’, is the final piece of the jigsaw that began with Noeth Ac Anoeth in 2015 and 2017’s Y Proffwyd Dwyll.

Since their second album they’ve also managed to shoehorn in a split 12” with kindred spirits, Slomatics (another Skyhammer favourite), and being personally asked by Robert Smith to perform at Meltdown Festival in London which last year was curated by the legendary Cure frontman.

In many ways MWWB are the Bastard sons (and indeed daughters) of iconic sonic space explorers Hawkwind. As with Dave Brock’s veterans (who celebrate their half-century this year) MWWB deliver a kaleidoscopic head-spinning adrenalin rush that is as delicious as it is discombobulating.

Following the brief moog intro ‘Tralfamadore’ MWWB fire up the engines and begin their journey of existential exploration with ‘The Spaceships Of Ezekiel’ which manages to bring together some teeth-grating bass throbs, scintillating rhythms and a  few time shift backflips all under the same multi-coloured roof. The almost apologetically soft vocals from Jessica are at times like a little girl lost amidst such demonstrative grooves but as the track expands so does her impact, while the infusion of some synth almost brings a sci-fi like quality to the song.

While MWWB are occasionally thrown in to the pot when doom bands, especially female-fronted ones, are discussed, the Welsh outfit operate outside the restrictions sometimes imposed by more conventional doom diatribes. They toy with you rather than torture you. It’s not about finding the deepest, lowest bassline that’s ready to go toe to toe with some subterranean slugs. It’s the polar opposite in fact making comparisons with the likes of Windhand wide of the mark. MWWB look to the stars not the soil and on Yn Ol I Annn they have again come up with an inquisitive, probing release that asks questions of the solar system as well as the listener.

The album easily strides through the one-hour barrier ably assisted by the likes of the lengthy ‘Fata Morgana’, a track that opens with a soft almost medieval melody and even when Jessica adds her smooth vocals the song retains an ethereal quality that proves irresistible. The tempo is notched up as the song moves on apace, but there’s almost a pop-like innocence at work here as the deeper doom layers are gently pushed to one side.

While Y Proffwyd Dwyll in particular was a great piece of work the progression here with Yn Ol I Annwn is undeniable. MWWB are plucking at so many divergent strings it’s a wonder they don’t trip themselves up. The cello is also used to immersive effect throughout providing the dark to the light of the synth on the shimmering ‘Du Bist Jetzt Nicht In Der Zukunft’.

Anyone lying in wait for more conventional grasscutter doom will find solace in the album’s title track, although the tempo is still quite vibrant with plenty of melodies floating happily through the rumbling underbelly that sustains the song through a forest of fuzz. The album’s heaviest track is also the longest at 13 minutes, ‘Katyusha’ sending vibrations cascading across the room in the manner of Conan, of whom Fielding is of course a member. ‘Five Days In The Abyss’ more formally asserts MWWB’s credentials with a pounding groove against which Jessica’s haunting cries somehow manage to sit comfortably.

MWWB traverse more angles than your average geometry lecturer. Yn Ol I Annwn is though infinitely more enjoyable. Having set out to conquer three territories the Welsh wizards can take pride in successfully reaching the summit. Hopefully further journeys will be forthcoming in time.