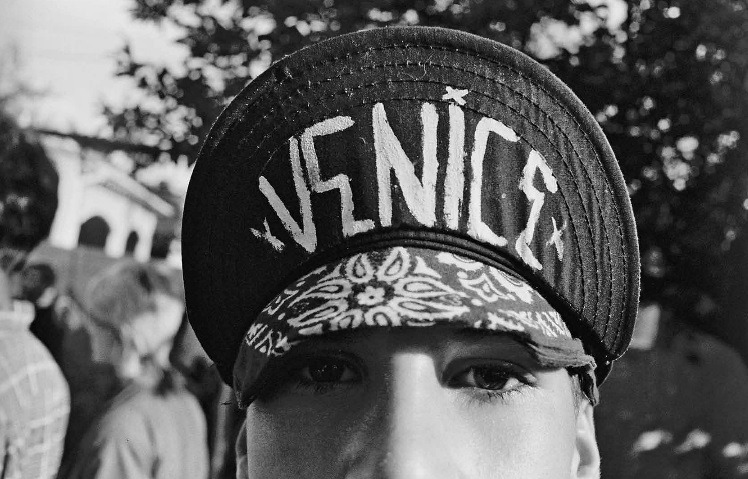 One of my favorite fanzines/magazines ANP QUARTERLY has a new issue out with an article entitled L.A. Punk Gangs of the 80’s. Honestly this is the first time I have ever seen a publication tackle this part of the L.A. hardcore movement. It’s a very interesting and insightful read, and I’m glad ANP did this feature – it brought back a lot of memories.

I wanted to shed some light on the Suicidal Boys part of the article because this is the scene that I was a part of when I first found punk rock. Usually people always talk about how violent we were, but they leave out the kinship we had with one another. We had a central meeting place, which was Mar Vista park, where we would meet up before shows and down beers. Also this park served as the place were the Suicidal softball & football leagues would play ball. Somedays we could also be seen at Penmar playing golf with the Suicidal golf club or at the bowling alley with the Suicidal bowling team. For me it was more of a band of brothers than it was a gang. That being said, many of us did have older brothers that were a part of the local gangs, plus being from Venice we were taught to represent our hood! Many of the kids that were in our scene had known each other since the first grade, so of course as we got older we had each others’ backs.

More than the shows in Hollywood, it was the house parties where the real fun would take place. I’m talking about kegger parties that would feature live performances from Suicidal Tendencies, No Mercy, Beowulf, Neighborhood Watch and Chaotic Noise; these were priceless events. When we did go to shows, we did not fuck with people unless they fucked with us. If someone called us out of name they would have to pay the price. The down side to growing up in this environment is that some kids actually did join gangs and went down a path that led them to prison. On a personal level, I realized punk was bigger than just the people around me, and I started listening to Crass and bands that opened my mind. I’m glad that I did’t just close myself off to the broader punk scene, because I would have missed out on a lot! I’m way happy that ANP QUARTERLY did this article, because this was an era that has been forgotten about by many. Go to pages 57 through 67 to read L.A. Punk Gangs of the 80’s.