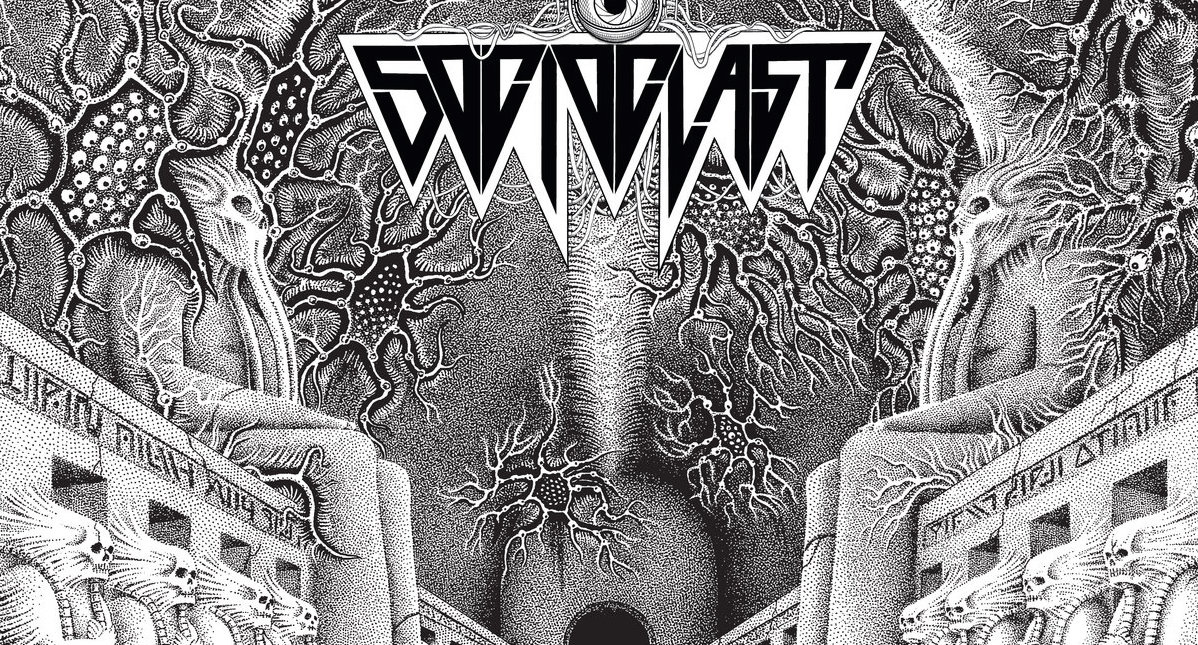 In 2020, Internal Rot threw out any sense of nuance and restraint in order to produce what was (at least in my opinion) the Grindcore album of the year with “Grieving Birth”. San Jose based trio Socioclast are vying for the crown in 2021 with their self-titled EP, due out February 19th via Carbonized Records, and so far, it looks like they might just pull it off.

So about that nuance that Internal Rot seemed to disdain, Socioclast adds just a touch of dynamics to their material, but they produce no less a lethal noise for it. Opener “Surveillance, Normalization, Examination” opens with some grungy but overall clean guitar work. The riff sets an ominous and menacing tone and quickly gives way to a vicious blast beat pummeling. And goddamn vicious it is. Drummer Cris Rodriguez sounds like a meth-crazed cannibal and Colin Tarvin and Matt Gomes, bassist/vocalist and guitarist respectively, spew forth the perfect mixture of Nasum and Discordance Axis over top. They find a crushing chug near the end of the tune, a quick moment to see the destruction left in their wake.

“‘Convention Of Ruin’ is a reference to the use of sanction regimes to starve and torture populations from regions that resist economic and environmental domination from first world capital interests.” – Matt Gomes

Things proceed at a furious pace, almost like the gap between songs are shorter than usual. The next song, “Psychic Void”, reveals another important influence in the form of the mighty Assück. Their use of an oddly syncopated beat followed by furious grind is unmistakable in its heritage but no less effective.

Socioclast is effective at tempos other than blasting as well. D-beats inject themselves left and right, while “Eden’s Tongue” possesses moments of head-nodding Death Metal and short shots of Sludge as well. “Propaganda Algorithm” sees the return of the ominous clean guitar work from the opener, while “Surrogate Will” hints at a Thrash breakdown that evolves into a bit of Discordance Axis dissonance.

Closer “Concrete and Steel” is by far the longest track here and is the only song to exceed the two-minute mark. The runtime allows the trio to flesh out some slower material and overall has a few more twists and turns than the songs that preceded it. Yet, there are more than enough paint-peeling blasts to keep the energy level consistent.

It is probably too soon to know if this will be the Grindcore record of the year, but there’s no doubt it will be a contender. At seventeen minutes, Socioclast understands the effect of brevity when it comes to Grindcore. This release hits like a missile and retreats just as quickly and will have any true Grind aficionado, anxious to relive the assault.