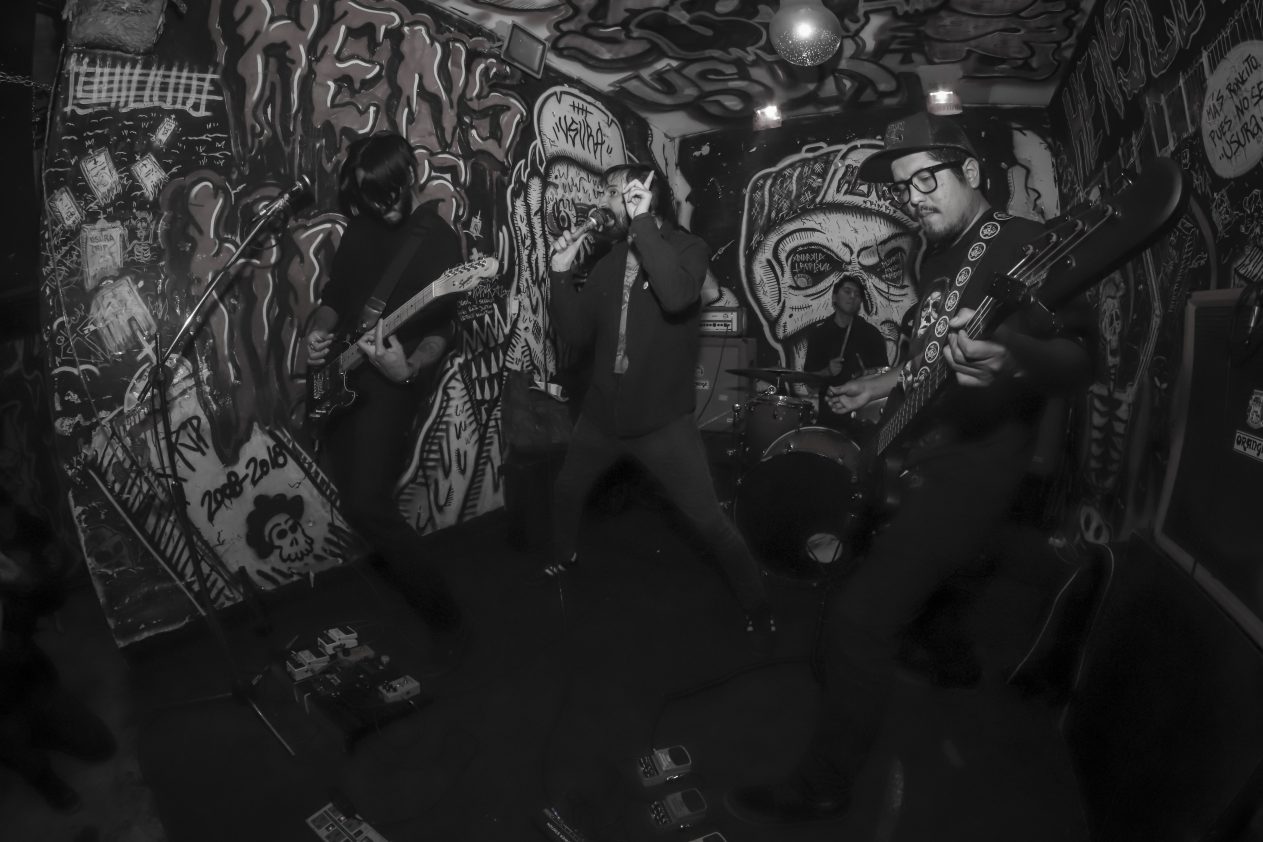 As any real punk, Reducidos are underdogs. And they’re pissed about it because that’s the way it should be. You shouldn’t be singing about heartache when you live in a country where you can see a 10-year-old cleaning the windshield of a Mercedes at a red light in a busy avenue. Why the hell are there people driving Mercedes when other people don’t get enough to eat?

It’s good Reducidos are angry and not living on borrowed hope. Because they’re from Peru and for most people in Latin America things don’t get better. The poor get poorer, working longer hours and getting less money and the gap between classes is not getting better either. Of course, there’s also a lot of racism and corruption.

So when you get down to it, Reducidos is a perfect name for a punk-rock band from Peru, considering, as the band puts it “means that we are the ones below, the people reduced to almost nothing by the system, by the rich, by the authorities. It means that we look at the things the happens around us and society’s problems from the bottom perspective, from the forgotten perspective.”

Now, if that was the only thing that stood out Reducidos from the rest of the Spanish speaking punk bands, it might not be worth the trouble. But these guys tinge their sound with death-rock notes and you don’t just get the usual fuck-the-world-play-as-fast-as-you-can classic Hispanic punk thing. Reducidos got the hooks and the melody to go along with their punk-rockness and when you look at the names of the 5 songs on the debut: Odiado, La Bestia, El Sistema, Subordinados and Pinto de Negro, you wish you had a damn mohawk to shake.

“Odiado” starts Represión // Opresión with a lot of reverb mixed with the post-punk desperation feeling. Then “La Bestia” speeds things up a bit, but those guitars are still crazy catchy and danceable in a riot kind of fashion and there’s even a slow Killing Jokeish part. Next, there’s “El Sistema” when you can feel all the contempt of the band and it’s like classic Spanish speaking punk is on a date with 80s goth-rock. “Subordinado” doesn’t stray from the first songs and then “Pinto de Negro” is a little slower and darker.
If you need stripes to go with the recommendation, the producer was the ex-Orchid Will Killingsworth, which really ramped up the band’s sound.