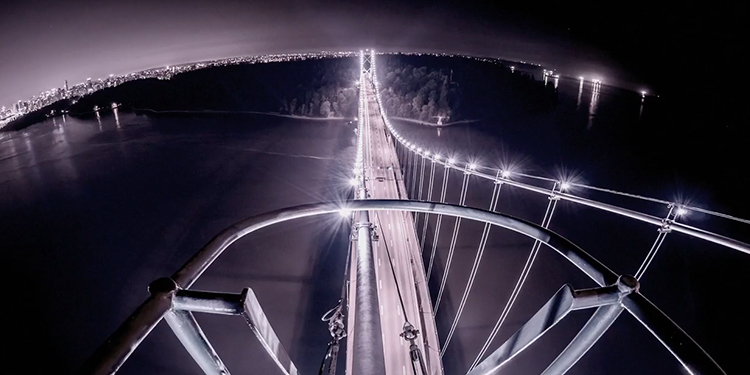 I grew up driving, biking and walking over and under the massive Lion’s Gate Bridge, opened in Vancouver in 1938. I have sailed the waters underneath it and flown the skies over it. I have been stalled on it because of jumpers. It’s been a fixture in my life, as it has been for all Vancouverites and anyone who has traveled to this city. So it gives me a special kind of thrill to watch this urban exploration film made by the mysterious AUMC – a group of men who scale the posts of this behemoth, all 364 feet of its height, to sit atop it and capture some of the most breathtaking views of the city and the bridge that I have ever seen. Thank you to the people who created this film, it is truly awesome and I literally feel fear while watching this, which just makes it even better.