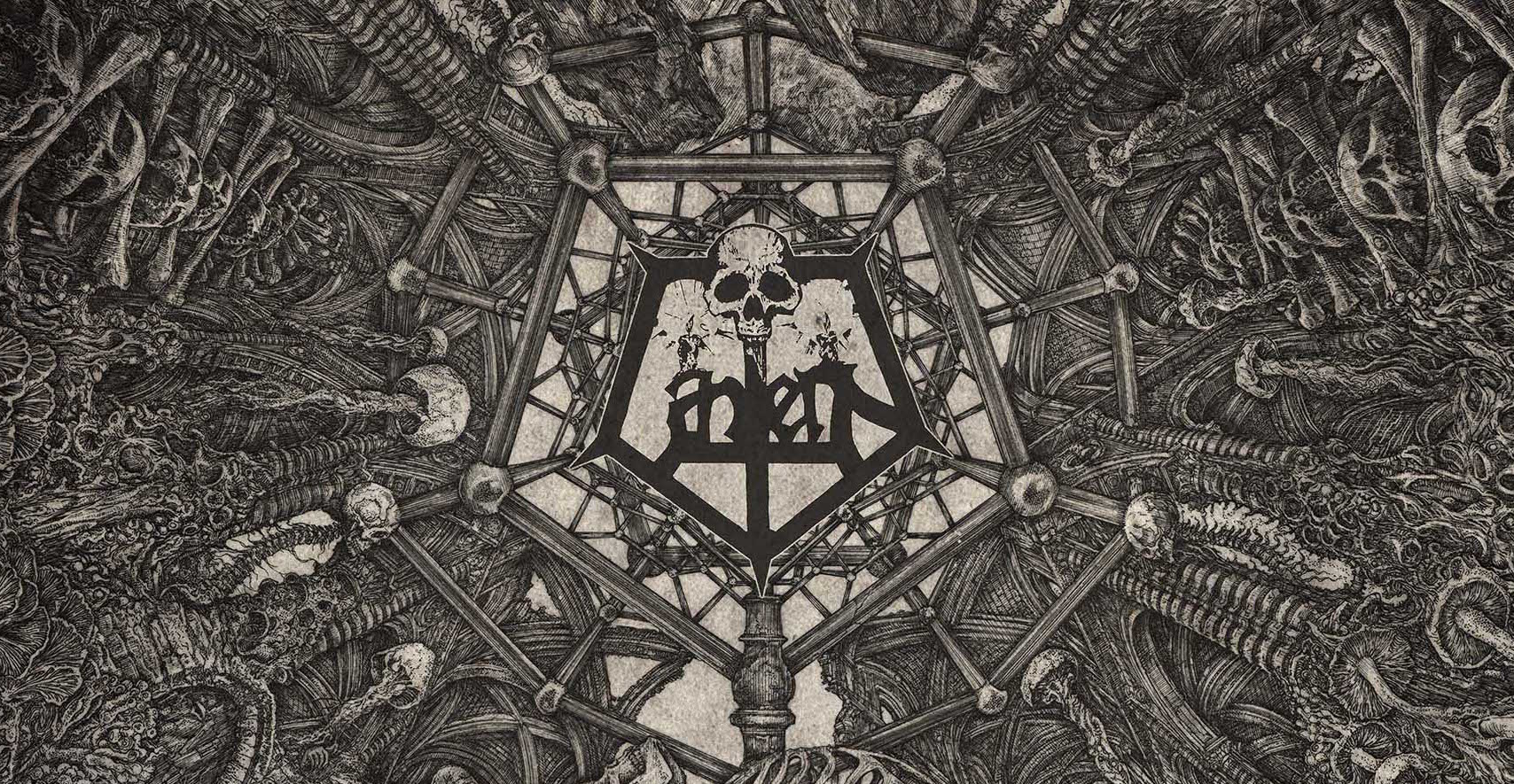 Far and away my most anticipated album of the year, Lantern are finally back with a follow up to their brilliant debut Below – an album, that, in my opinion, pretty much came out of left field and completely stole the show in 2013. Unconventional in approach and sounding much like it was recorded in a cave, Below was a very mesmerizing, internal kind of record that hypnotized us as listeners as Lantern shone a lone beam of light that partially illuminated the dark contents of the Other Side, stirring the curiosity of those unfamiliar and further enticing spirits of those already adept in such matters.

With II: Morphosis, that lone beam has exploded and expanded into a kaleidoscope of rich, textured tones and intoxicating light. And you notice it right from the start, for the production values here are in line with this album of evolutionary change, as Lantern’s riffs and overall composition are given a big, bold makeover and the results couldn’t be any better, as gnarly, crushing riffs bend, crunch, and open up across “Black Miasma” and transition nicely into “Sleeper of Hypnagog.” Still unequivocally Lantern in terms of their unique approach, Morphosis jumps off the page, so to speak, as Lantern seem to be in the business here of direct engagement with the listener, and express their dark regalia with a palatable array of tones and emotions that seem to me impossible to not find interest in, as the first two tracks blaze a path forward with very concise, integrated song writing that doesn’t seem to spare a moment for filler of any kind. It also must be said that the already awesome vocals of Necrophilos sound even better on Morphosis, joining the instrumentation in clarity and overall “umph.” The pace of these songs is noticeably more intense and frenzied as well, although you still get plenty of those eerie, strangely rhythmic awesome sections (3:23 on “Cleansing of the Air”) that help make Lantern what they are. Another, more detailed example of this is on “Necrotic Epiphanies” when the band comes out swinging with a very thrashy riff, only to suddenly halt 45 seconds in with a few seconds of acoustics before one of those eerily dark, hypnotic riffs comes about that effortlessly entrenches itself into your psyche. This interplay continues throughout this instrumental track as another layer of fine guitar work comes into play down the stretch and carries us forth into “Transmigration,” one of the better songs on Morphosis.

Also very thrashy in its approach, Lantern rip into you with a cascade of reverberating riffs and lead guitar work for over two and a half minutes on “Transmigration” before another sudden halt in progress and descent back into the nether world of mystique and trance like riffs and repeated vocal patterns that carry this song to its grand conclusion. And from there things remain tempered through the doomy, bellowing affair that is “Virgins Damnation” and the short title track that sounds very much like loose fragments of Morse code and voices falling through space, without beginning or end.

So, it might be appropriate, then, given all I’ve said about the visionary nature of this album and how open ended it is, that the closing track is entitled “Lucid Endlessness” – and what a closer it is. Hitting the hammers hard and fast, Lantern firmly sink their hooks into your flesh throughout this seven minute beast of a song, as ripping lead guitar work reaches a climax that inevitably falls back to the almost paranormal abyss that Lantern so best likes to occupy and that sets them so apart from the rest of the field. “Lucid Endlessness” ends on a hair-raising note with evocative chords ringing out, leaving you wanting more, and wanting to hit play once more on this long awaited release so we can try and grasp the unique essence of Lantern.

While discernibly more modern and straight forward sounding on II: Morphosis, Lantern have still managed to retain and exalt that which drew me to them in the first place, and that’s their genuine, one of a kind approach in an age where trends and albums of pure worship that lack in originality are such commonplace. But the key is that they achieve distinction while still firmly entrenched in those very same roots, as it may be said that Lantern sound everything and nothing like every classic Scandinavian Death Metal band all at the same time. Again igniting spirits of old and shining a light on all that is obscure with their own touch, Lantern proves once more that the past is alive on II: Morphosis.

Advertisement. Scroll to continue reading.
In this article:II: Morphosis, Lantern