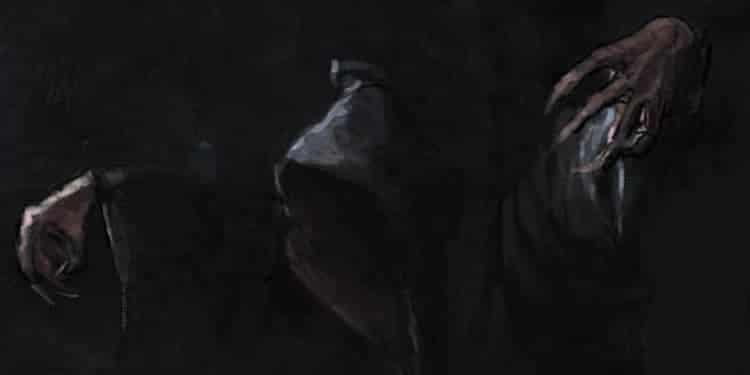 The cult of vileness that is HELLEBORUS have an offering in the works, and it will raise the hairs on the back of your neck. Saprophytic Divinations comes out December 6th via Redefining Darkness Records, and it’s got what I need – unrelenting blastbeats, epic breakdowns, addictive groove and vocals that sound like they’re being delivered from a slashed throat. Helleborus makes black metal for foraging and doing pagan sex rites to – they are heavily influenced by occult herbalism and sexual mysticism, and the title of their sophomore album references organisms that feed off of decaying organic matter. What can be created from death and decay, but everything? Today we’re stoked to be sharing their track “Alraun Ghost” off Saprophytic Divinations – stay tuned to pre-order the album here! If you’re in Colorado Springs this weekend, make sure you’re at their show with UADA on Saturday (info below).

The word Alraun itself is derived from “rune” an old Germanic and Celtic term for mystery, magic, and secrets. The Alraun provides links to the ancestors and deities of the underworld. Similar to that of a Witch’s Familiar, the Alraun is crafted from the body of chthonic roots such as the Mandrake. They are tools for divination or prophecy and act as confidantes or advisers during ritual. Witches in the 1700’s Germany called themselves Alrune, believing it was the name of a goddess of the crossroads. The Alraun was considered the protector of the family or coven. During certain seasons, a Witch would plant an unborn Alraun seed into the gut of an unknowing person. Later opening that person up to discern divinations within their entrails hoping to find that seed germinating.

In this article:Helleborus, Redefining Darkeness Records