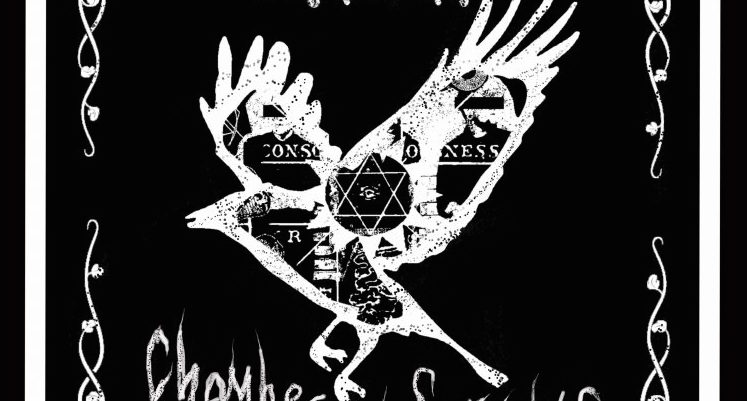 From the ashes of eighties deathrock legend Scarecrow and the NYC post-punk goth rock scene emerges Drezden, featuring former Scarecrow guitarist Joe Truck on guitars and vocals. Drezden exemplifies deathrock here and now in the twenty-first century, still sending goth rockers patrolling abandoned buildings and derelict graveyards to go soul-searching, with lyrics that border on poetic and beautiful no matter how dark and bleak in comparison to today’s music scene.

The goth scene has gotten a fair amount of negative publicity lately, but true death rockers and goth rockers only appreciate death in the manner of its absurd but tranquil beauty. The music inspires contemplation in the midst of withering lilies and white headstones and the feral but angelic faces singing hymns anchored by Freudian-inspired lyrics. Deathrock is about a beautiful fascination with death. It is not a rallying cry for violence.

Modern goth rock/death rock can’t be any more loyal to its roots in the eighties in comparison to any other sub-genre of music. Much of it has spurred little change from the beautiful fascination with darkness and destitution that once made death rock resplendent during the scene’s origins.  It is still a vibrant scene, with hordes of fans in Europe still recounting bands like the influential eighties band Scarecrow, amongst others. It is in this backdrop that we feature the latest music of olden-meets-modern goth rockers/death rockers Drezden, which sees former Scarecrow guitarist Joe Truck handling all vocals and instruments during the recording process, similar to what he did during Drezden’s earlier 2013 release which sold out quickly. With a growing scene in the east coast and plenty of fans clamoring for more acts in Europe, 2018 sets the stage for Drezden’s comeback – a three-track digital and vinyl release that is sure to attract long-time fans of death rock/goth rock and draw some new fans into the burgeoning scene. Drezden will feature an all-new line-up led by Joe Truck on vocals and guitar that will go on tour to support the release of the record.

And so, in trench coats we go, with black kohl smudging our eyelids, tight black trousers hugging our thighs and calves, we explore the new death rock scene as represented by the NYC band, Drezden, and their new three-track EP. Into the sepulchres, we spelunk for the true meaning of salvation in the hands of death…

Check out our exclusive stream and support the band: Drezden’s new EP is called Chamber ov Sorrows, and Joe Truck’s wailing vocals on the crescendos might send tepid hearts full of goth rock/death rock fire, ablaze. Is it just the psychedelic effects on the guitar or is it Joe’s recounting of the saddest aspects of the human condition that inspires a willingness from the listener to keep listening? Maybe it’s all of that and more. The first song is called “Traitors” and it features a slight uptempo pace compared to the rest of these songs.

Track two is called “Anastasia” and the band play at mid-tempo here, sending death rockers nodding along as they plod through desolate wastelands on derelict graveyards in search of their souls. Deathrock riffs tend to climb the fretboard and the main riffs are typically accessible. Some fans may be led by a hypnotic trance to the lyric, “From the darkness…I’ll set you free.” Joe’s riffs are just as hypnotic, and the drums are organic on all three tracks here. The song finishes on a high note as Joe’s voice trails off into memory, and the lead guitar truncates as you stare below from a ledge twenty floors high to your death.

Perhaps, the most rambunctious track is the very post-punk-influenced track three entitled “Shadow Days.” The lyrics catch fire here, raising an indignant middle finger to a mainstream society where music is a polished commodity marketed as a product more than any true endeavor. The track has some bite on the main riff, and it ends as quickly as it starts. Fans who loved Scarecrow in the eighties will want to bear their souls and broken hearts as the EP draws to a close, if only to share their love for the darker side of nature – the frailty of flesh, despair worming its way into the heart, a love truncated by betrayal, society on its endless march to the inevitable – a future where only death is a friend. Deathrock celebrates this, without endorsing acts of murder or violence.