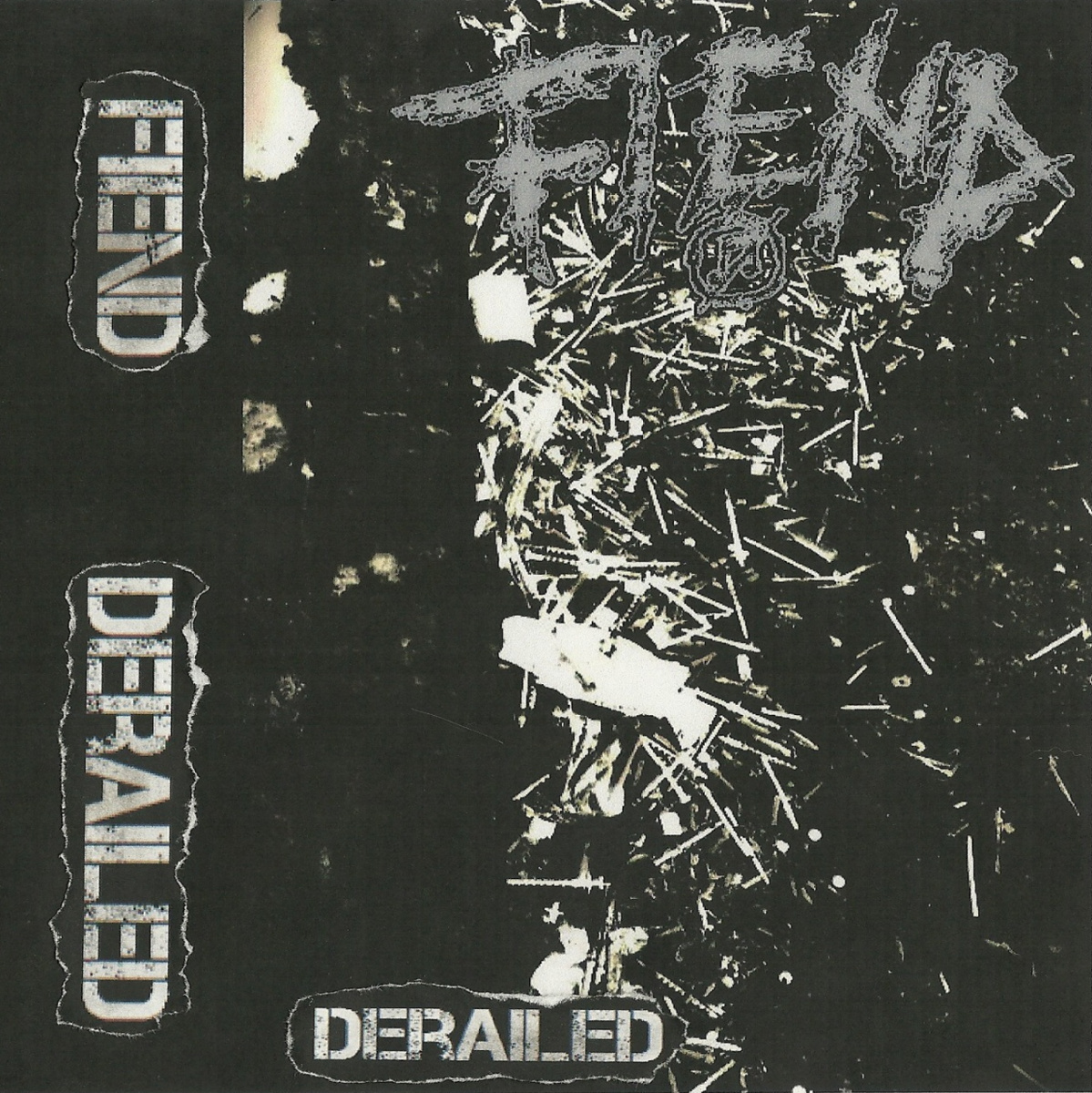 Have you been searching far and wide for a good soundtrack to mutilate yourself to?  Have you been coming up empty-handed at your local record store?  If so, FIEND may be the sign from the Dark Lord you’ve been waiting for. Blasting from Fresno, California, FIEND is a two-piece grindcore act that successfully utilizes their sound to create some grind-tastic tunes.  Upon first listen, you may assume that the band is at a least four or five-piece…you would be wrong.  Oftentimes when we think of successful two-piece bands, duos like Iron Lung and Death From Above 1979 come to mind, because of their ability to sound bigger and heavier than a lot four-piece bands. Assuming that FIEND gets the attention they deserve from the heavy music world, they, too, will become a household name when a discussion of killer grindcore or solid two-piece bands gets brought up at a party, thanksgiving dinner, the doctors office, the skatepark, and of course at your local water aerobics class.

Let’s face it, we live in an era where people can find whatever they want to listen to at the click of button, and far too often bands that deserve to be noticed never are because people would rather look at horrendous Buzzfeed lists than take five minutes a potentially find their new favorite band. Don’t be the fucking guy or girl that sleeps on this release, get it while it’s still new and blast it at the next shitty work-related gathering you’re forced to attend. Show FIEND to your fuck buddy, boss, favorite teacher, least favorite teacher, best friend, bartender, girlfriend, boyfriend and even your dog!!! Fuck it, Derailed only takes about four minutes to listen to anyway – who doesn’t have four minutes?  FIEND is an ideal listen for fans of bands like Carcass, Magrudergrind, Insect Warfare,  Skarp, Birdflesh, Torch Runner and The Drip. Derailed is available through Noise Not War Records and is also available for free on FIEND’s bandcamp.  For any self-proclaimed fans of grindcore or aggressive music in general, FIEND’s self titled album is an absolute must.  Short songs, brutal vocals, and killer drumming. What more could you possibly want from a grind band??? Quit reading my shitty write-up, close your other open tabs, and let FIEND permanently damage your eardrums!!!!! In this article:CA, crust, fresno, grindcore