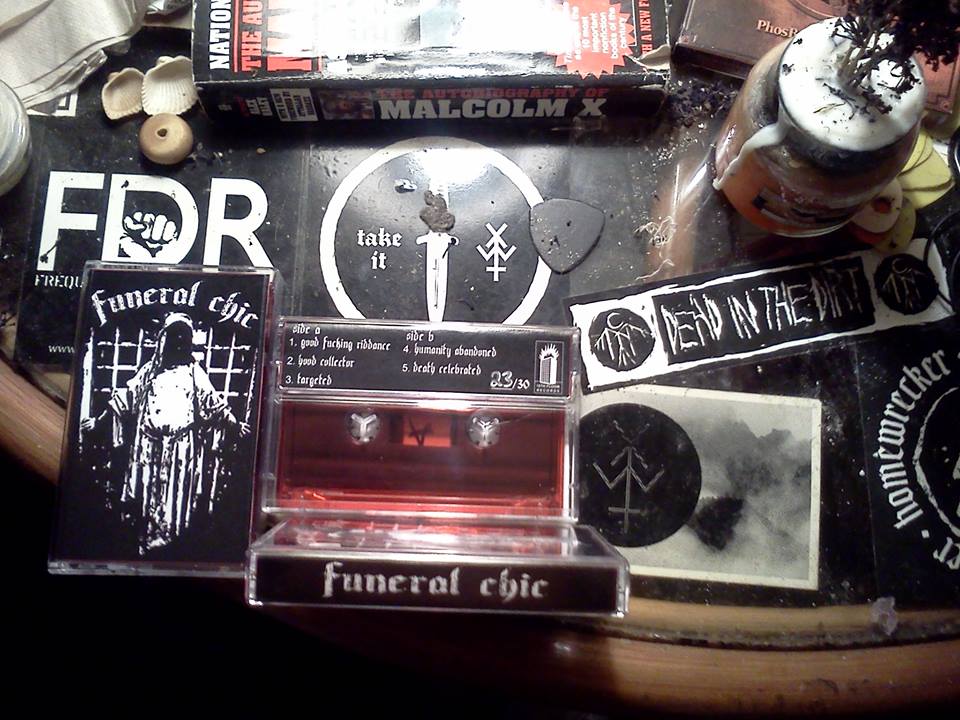 Funeral Chic are among a spring of blackened punk bands, splintering and reshaping black metal’s more caustic sounds into the tangible furor of hardcore and crust punk. Funeral Chic’s brand is monolithic, their five-song EP casting shadows that creep towards the horizon like a malevolent grasp. Opening track, “Good Fucking Riddance” is, at first, a storm of gunfire and icy guitars in tandem, before landing on ashen earth to showcase the animal-like rage found in hardcore. The vocals seethe with irreligious venom, flaying theistic establishment with biting criticism.

“Hood Collector” is a call to arms, ravaging the predatory tactics of the Christian Right with stabbing riffs, skull-bludgeoning drums and a corporeal distaste for all things holy. “Targeted” acts as an extension to “Hood Collector,” bridging that track’s smattering wrath while embracing the counter-themes of religious opposition through self-sacrifice and refusal of that caustic establishment. These are war songs, tempered as if they were steel, capable of a cut just as deep and bloodthirsty.

“Humanity Abandoned” is a mortal front line racing towards a bleak beacon, the throng conjured by Funeral Chic’s prior anthems gathered and lustful for blood. The fervor here is at its strongest, the conviction to eradicate felt in every screech, chord and rudiment. “Death Celebrated” is essentially the narrative of hunter reaching its prey. The violence circles downward, a maelstrom of fists raining bone-breaking judgment upon tyranny. Death is indeed celebrated here, with an acceptance of a fate long granted and the will to enact just retribution.

Edged with a hostile vibe that similar acts could only dream of, Funeral Chic is a force that one would be wise to keep tabs on. Their self-titled debut possesses its listener with the band’s palpable distaste and passion. This release can be found and downloaded for free in entirety here. 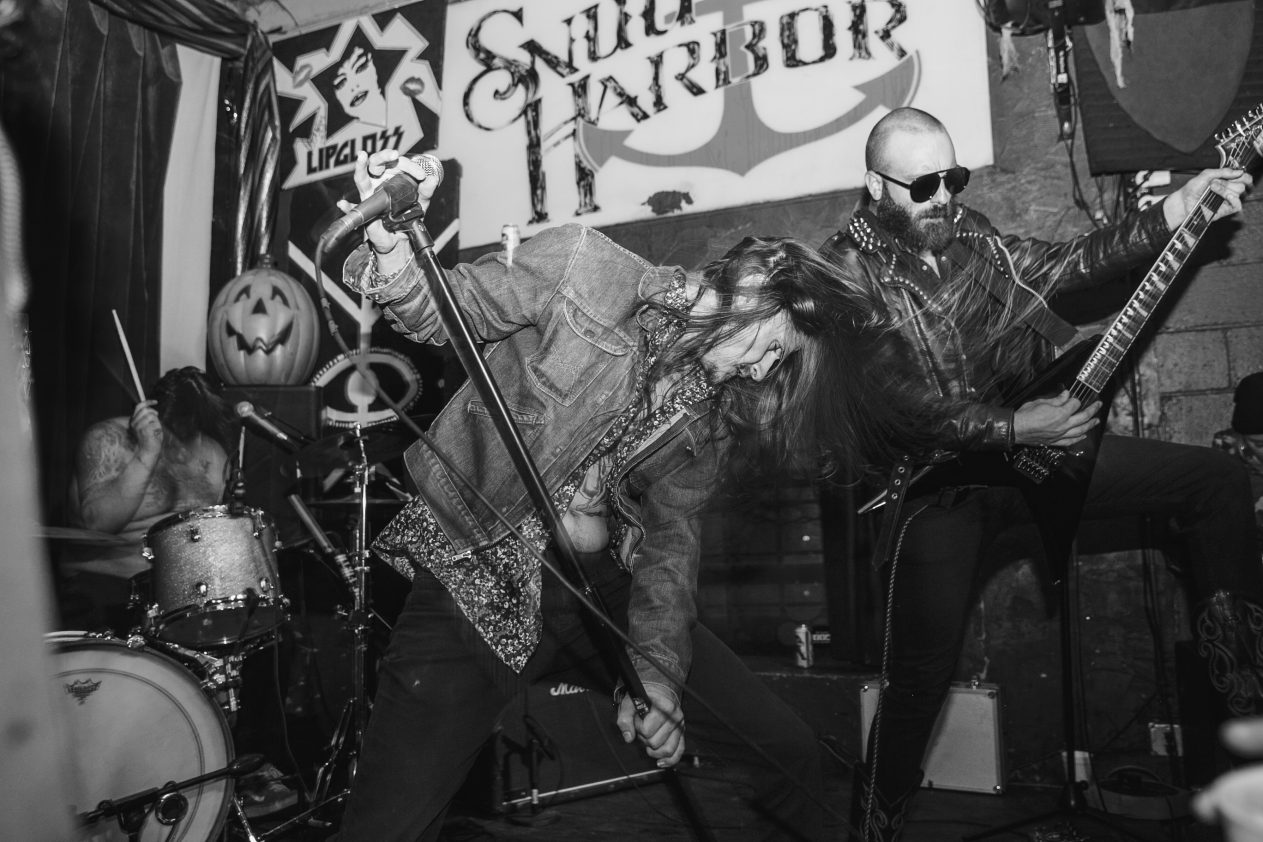 Funeral Chic is a band out for blood. The blackened crust/hardcore/grindcore amalgam that the North Carolina-based quintet creates is a crazed lightning storm of...