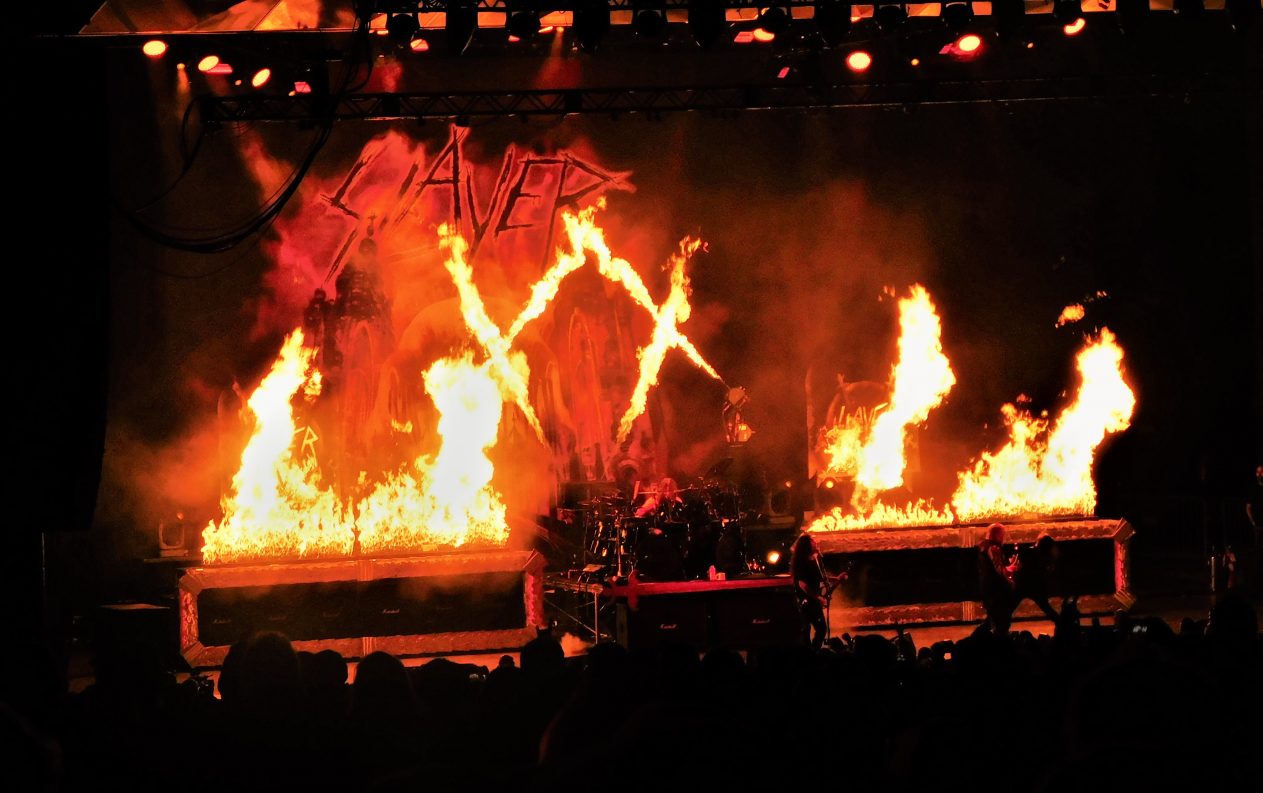 I may have stretched this article a bit too long. The whole goddamn thing could be summed up in one word if we’re being honest: SLAYER.

The California thrash metal goliaths crafted and defined the genre perhaps more than any other band, and on their final world tour these titans of Satanic shred are proving that they’re still doing it better than anyone else.

I caught their show in the Queen City on June 6, the 12th annual (yet unofficial) International Slayer Day, which doubles as singer/bassist Tom Araya’s fifty-seventh birthday. It’s a holiday celebrated dearly by the die-hards with pentagrams carved into their chests, but you don’t have to bleed to show your respects. Most of the fans I spoke with were just there to kiss the ring before the sun set on one of the most powerful musical artists to ever plug in a couple dozen Marshall amps.

One couldn’t walk more than a few paces before hearing someone shout “SLAYER!” to no one in particular (alternately, “FUCKING SLAYER!”), turning sets from monster openers Testament, Behemoth, Anthrax and Lamb of God into nothing more than musical tapas compared to the colossus we were all here to see. In my brief conversations, it seems Slayer’s fourth album was the one that truly sunk it’s fangs into their hearts. “Yeah man, South of Heaven, that’s my alarm clock,” said Tim. “Some people drink coffee but I just need that!”

“I actually had a shirt that said ‘Listen to Slayer’, I hadn’t even heard them but I wore it to church and they kicked me out,” he continued. “I went home and listened to them and I got into it and I’m glad I did. Fuck God, go to Hell, listen to Slayer!” Very few people I spoke with were seeing the group for the first time, some having bowed at the altar more than a dozen times. While I barely got a chance to speak to him before the show began, I met Hayden, a badass twelve-year-old standing front row center for his fourth show. His proud parents bragged about him playing drums with Gojira last year and I can confirm it’s true, I looked it up on YouTube.

Writing a Slayer concert review is like detailing a train derailment. There was a lot of fire, people were screaming, I walked away with a throbbing brain but really you had to be there to comprehend the true forceful magnitude of the situation. The show itself was an exercise in brutality, four behemoths (not to be confused with their opening act) pouring what some would call their souls into the black art that made them internationally renowned. The band touched on each of their eleven albums throughout the nineteen song set, celebrating a career played entirely by their own rules.

Kerry King looks somehow more imposing than ever before, signature chains hanging from his belt and potentially a few more tattoos than the last time I saw him. He held court stage left, flawlessly tapping out solos he presumably wrote sitting on a black sand beach surrounding a lake of fire.

Halfway through the show, the stage went black and Araya took center stage with a single spotlight to bathe in the unholy adulation of 20,000 howling demons. The crowd started a chorus of ‘Happy Birthday’ but fizzled out when the stoic front man began to speak in what seemed like may be a rare moment of emotional sincerity. “Years come and go, you continue to grow. One day you get a reward, or you have to pay it back. And payback is a bitch, motherfuckers.”

With that they remounted their four apocalyptic white horses and blazed back into a furious series of songs as intimidating as it was entertaining. It certainly seemed that they were having as much fun as they were capable of, although I’m not sure they would admit to it. One thing is for certain, they’re going out on top.

Despite the state of the world, there were no politics, no conflicts, and certainly no gods at this show. We were all there to bid adieu and show our appreciation for nearly four decades of punishing musical rage that will never be topped. Potentially the most aptly-named band in history, as long as Slayer stalks this mortal coil, they’ll always be the greatest. And probably long afterwards as well. 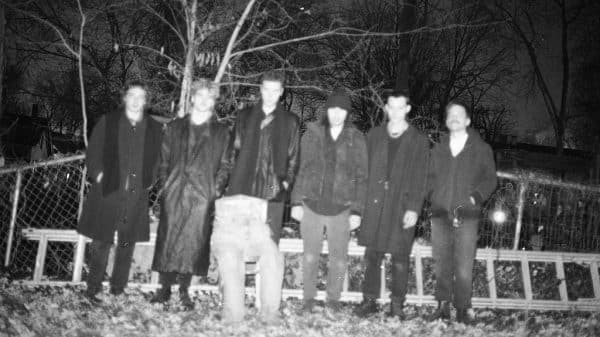 If the late-stage capitalist grind is getting you down then I have the antidote for you. It’s the new record from The Drin called...