Mere days after the mid-70’s had us daydreaming about the impending blackening pall of Maryland Deathfest, mid March found us locked into the jaws of an appropriately timed permafrost. Into the fray…

Backlit by little more than halogen sushi adverts and, curiously, the houselights still ablaze, Corpse Light launched headlong into oblivion. Their heady brand of doom having already been better described in these very pages, to take them in live is a revelation.  Despite the seeming brevity of a four song set, the journey was emboldened by their multilayered sound. Equally likely to conjure images of a blackened obelisk blotting out the sky as a redwood, this duality shines most brightly when they embrace the widening of space. The set’s final track, a pummelling outlier in an already superfluous set, wears these two capes equally well, typifying their ability to simultaneously embrace naturalism and the inherent nihilism of urban life allows. Jim’s unnerving inability to blink during their set only embittered the pugilistic but spare between song banter.  Corpse Light have an innate understanding of the delaying the riches. Many things of great consequence start in an inconsequential manner… a barely whispered serpentine riff repeated until their ritualism asserts itself. They can deftly weave from nimble to splintering to limb-crushing in minutes. Precision ensures the arrival point at which it should converge and it happens… Apocalypse. Transcendence. Paralysis. The new LP promises to be a behemoth. Richmond’s two-piece Och was the next to stoke the fires with their alchemical brew of attack and release/brutalize then retreat. At times caught in the molten riffage of black metal’s blinding whites, they’d just as soon pummel with their absolute power wash of noise. As they approached a nearly nauseating wall of expertly crafted noise, they’d relent into more atmospheric terrains, hinting at the dystopian utopia of the Pacific Northwest’s cruel gentility. Och seemed most comfortable with the audience’s unease, retreating into melody just prior to our submission. As is with the best in life and music, they excelled when embracing once impossible marriages – gluttony and poison, murk and clarity, abuse and slumber. Their most potent and poignant moment, however, came unexpectedly deep into the set. Following a furious flurry of the requisite tremolo, Och broke into a nearly endless hardcore chug that ebbs when it should flow, halts when it should accelerate. At first blush, it’s an infuriating but ultimately brilliant way of edging the listener. We’ll take you to the cliff, but you have to throw yourself over. True to their word, the charred misfits of Baltimore’s Cemetery Piss gifted us but five burnt offerings, a painfully limited set. With songs announced as simply “First song, Second song…,” their ability to swerve deftly between the lanes of both humor and grave robbery are nearly unmatched in these times of deadly serious trad revivalists. Last year’s nearly flawless Order of the Vulture is a blackened mission statement. Live, though? They’re a fucking punk rock band. Adam Savage clearly understands the deep rooted sarcasm of yesterday’s everyman front person… cooler than you because he’s not fucking cool. Cemetery Piss are just as likely to be caught fucking in detention as they are going all “Code Blue” in Greenmount Cemetery. One part mooning the principal, two parts field keg party, and a lifetime of the best metal LP’s you can steal from Tower Records. Black metal, though fitting, is far too reductionist. See them live once and tell me you can’t hear Bl’ast or Annihilation Time in “Sex and Metal.” That song is an absolute ripper. See them before they’re thrown in jail for robbing the collection baskets for beer money. 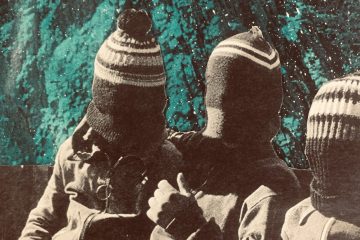 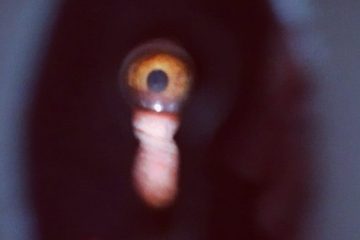