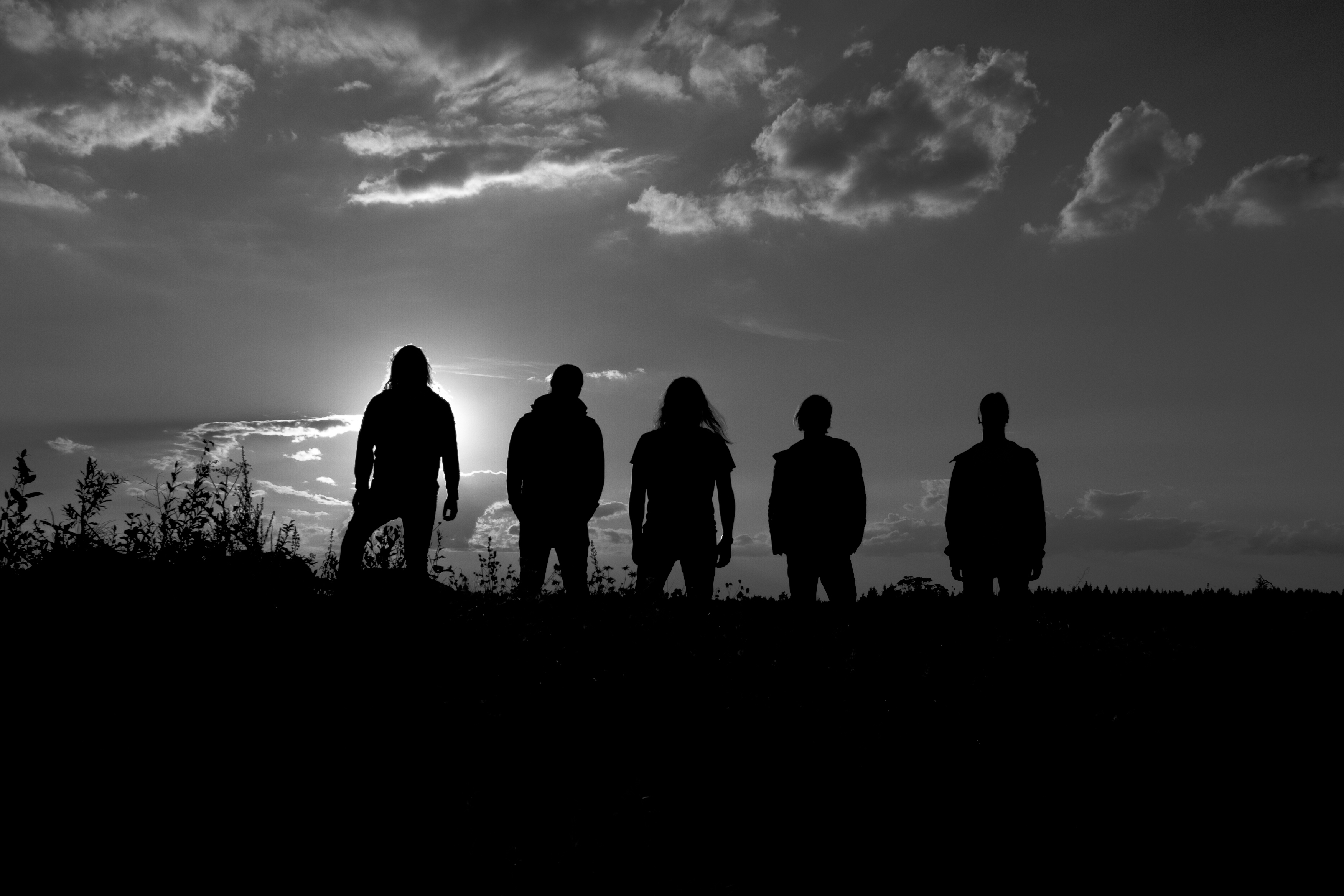 The depths of the Wastement, the rehearsal/recording space of acts such Oranssi Pazuzu, Dark Buddha Rising and Atomikyla, seem to be boundless. Another act has come to my attention that makes use of the same space, sharing some similarities with the aforementioned bands. They come with the perplexing name PH (formerly Mr. Peter Hayden), and they include members of Dark Buddha Rising, Atomikyla and Abyssion in their ranks. Having released three intriguing full-lengths so far, through Finnish DIY labels for the most part, they have produced their own vision of space rock-induced doom, and have been evolving their sound since their debut album. Their long, epic tracks have been sort of flying under the radar, but their work is nothing but stellar. But, let’s start at the beginning and go through their individual works. The debut album of the band, originally released in 2010, gives a very primal taste of the PH sound. The influence of space rock and its hazy domains can be instantly spotted by the cover artwork and the naming of the two tracks contained in this album (“Δt = 0” alone is enough, though.) The album itself has been said to deal with the subject of time, and PH spend a good number of minutes investigating it.

Sonic experimentations are featured throughout this record; from the very start of “Smoke In Space” the band is going through a massive construction of soundscapes, warping sounds to its will. The psychedelic input is unavoidable in this instance, pouring seamlessly through the slithering movements of the band, taking on minimal forms or ritualistic instances. The old-school feel is present throughout, nodding towards space rock constantly, and even at times allowing a “Planet Caravan” quality to be brought forth, with tribal drumming, saxophones and everything.

Throughout this work there is a strong space rock haze, but none of it encompasses the fun, trippy side of the genre. Most of the work of PH is done in the darker corners of space and time, with even the outbreaks of the music pointing towards a harsher, bastardised stoner rock approach coming at full force. The whole state of this record has something of a tired climb, with PH constantly building their sonic landscapes, enriching them with effects and hazy ambiances while an outbreak is always lurking. The production is fairly basic, but it manages to get the message across, as the rocky groove and the more metallic moments of Faster Than Speed are awakened. The heavier parts in particular showcase how versatile this band can get, managing to retain the experimental outlook amongst the heavier modern progressive rock-like pummelling riffology.

Faster Than Speed was an excellent introduction to PH despite the album’s raw sound and basic production, the alien signals of the band have found their way across. Even though in their next works PH would start leaning towards different directions, Faster Than Speed depicts the point zero for the band and the origin of their ever-evolving nature. Two years after Faster Than Speed, PH return with their sophomore full-length Born A Trip. While the band’s debut album featured two tracks spanning over an hour, Born A Trip includes just a single track with a length of over an hour. The album itself shows a certain progression from the band in terms of their sound. The space rock vibe was still there, right on the spotlight, but it has shed off some of the raw tone of the debut album, felt more fine-tuned and coherent.

The first aspect that you will notice is that the production has seriously stepped up its game, with every aspect of the music appearing clearly, even though the album itself does appear to be tackling down its progression in a non-linear fashion. The craftsmanship of PH has similarly been enhanced, with the build up to the track appearing in a more graphic fashion, detailing in excellence the various twists and turns of the album.

This is the album where the doom side of the PH and their psychedelic tonality are most in tune, resulting in a psychedelic doom hybrid. The trippy touches alongside the spine of doom riffs and the heavier outbreaks in this record are able to again contain both aspects of the PH sound, appearing in towering manifestations at times and vengeful assaults at other instances. The heavier side of PH does not stop with doom, though, and this record does carry a few aspects of heavy rock (on steroids) and post-rock moments, with parts pointing toward acts such as Tool at times. The aura of sonic experimentation is once more carefully smeared all over this work, with the effects expanding their creativity, appearing as harsh noise or flickering lights through the duration of this trip. Minimal moments are also another novelty in this work, an aspect that when bound together with the drone influence of this record lift this work even higher, unveiling the massive concept of PH.

It is also an album where dissonance starts to find a more prominent role within the concepts of the band, featuring moments of surreal psychedelia that points towards fellow Finns Oranssi Pazuzu, and some more straightforward melodic guitar leads that make for the most direct moments of Born A Trip. The further inclusion of repetitive patterns and monotonous motifs increases the uneasy facade of this record, while at the same time the abrupt switches and inharmonious works grant a degree of unpredictability to this record.

Born A Trip felt like the pinnacle of what PH set out to produce at that time. The band managed not only to perfect their sound since their debut album, but to enhance their sonic palette with further elements. Yes, PH can release shorter songs! And in their EP, We Fly High, they manage to encompass their identity from Born A Trip in a quite condensed form. Coming out in 2014, a few months before the release of their latest album, Archdimension Now, this EP found PH marching down the psychedelic doom/space rock path.

The spacey vibe is still as prominent as ever, covering the soundscapes with its dark vibe. Twisted intentions and alien morphings create a big, open sound as we travel through the psychedelic domains of the band, while the guitars drip acid with every passing note. The rich underlying scenery is still going strong, as the reverb-drenched guitars let on, slowly constructing the sonic landscapes of the EP.

It also appears that the band on this occasion is more careful with their outbreaks, taking care of their rhythmic pattens first and foremost, as the heavy riffs are brought down with a fair amount of doom-induced vibe. Without ever forgetting their psychedelic side, these big parts are always accompanied by the psych/space matter that lays in the core of PH.

We Fly High can be seen as an extension of Born A Trip. An excellent, albeit short, continuation on the wonderful space exploration that PH started on. However, what comes next, was even more surprising. And so we have come to the latest chapter in the PH discography, and Archdimension Now is a surprising entry for a couple of reasons. Firstly, it features two tracks and spans over two whole hours! A very ambitious statement from PH on the merits of their sound design capabilities, progression and overall vision. Secondly, and most importantly, it is a clear separation from their earlier works! Sure, the space rock and doom elements still exist in this work, however Archdimension Now starts to see the rise of further influences within the dark world of PH.

This is an absolutely abstract album based around a fluid form and heavy on its improv, covering much ground on the experimental drone domain with further noise infusions. It is an album of subtleties, where minor aspects such as the spooky intro (as if from an old-school sci-fi film) can take the track a long way. The whole scenery appears as alien as ever, with the effects playing a big role in that aspect.

It feels as if PH is stripping their doom sound to its basic components, and in that process move towards the drone territory. The glacial pace by which their heavy parts are unfolded points them further into that direction, and they seem to have no issue with dwelling into that domain and create a more towering and imposing manifestation of their sound. This majestic quality overflows from this album, giving the feeling of an eternal ascent for the band. Alongside the huge drones, the ambiance begins to rise, enriched with samples this time around and further sonic experimentation. Archdimension Now easily becomes the most expansive, in terms of the stereo image, work that PH has released so far. Minimal electronics moments, similar to some parts of Born A Trip, creep in the structure of this work, placed underneath the main instruments, begin to create a nice contrast between the intense background and the more laid-back approach. What pushes the background even further in this case, is the increase of the noise. PH go from simple noise injections to full wall of noise (even though not in a brutal manner) around which they place their ambient sounds and big drones, enhancing the psychedelic vibe of the album. The sonic dissonance that all this is able to achieve is extraordinary, resulting in abstract jam-like sessions and xenomorphic constructs.

The space rock aspect is still present, but it also has been stripped to its most basic form, and placed underneath the exploratory drones and background noise. Still radiating psychedelia, it makes the whole process feel as if a space-spiritual procession is slowly traveling through the space-time continuum, with an even post-rock character coming through at times. The dissonant edges still make an appearance and drill down with their acidic intentions, covering the ambient setting, while the psychedelia reaches moments of mesmerizing quality through its hypnotic use of patterns.

Archdimension Now feels like a game changer. Born A Trip seemed like the pinnacle moment for PH in terms of perfecting their sound and crafting their identity. However, they are brave enough to let those aspects take the back seat and go into a further decomposition of their identity, allowing their experimental scope to expand further and reach new heights. Absolutely insane trip!

It is early too say, that much is certain. A new album is in the works, and given the constant evolution of the band it is hard to predict what they will do next. However, it is difficult not to imagine another sonic jump to new musical concepts and unknown territories. We shall wait and see what the Haydian dimensions will spit out. Freedom of expression, Freedom of sound. Not all music gives me a sense of freedom, but when it does it’s fucking magical. I love when... 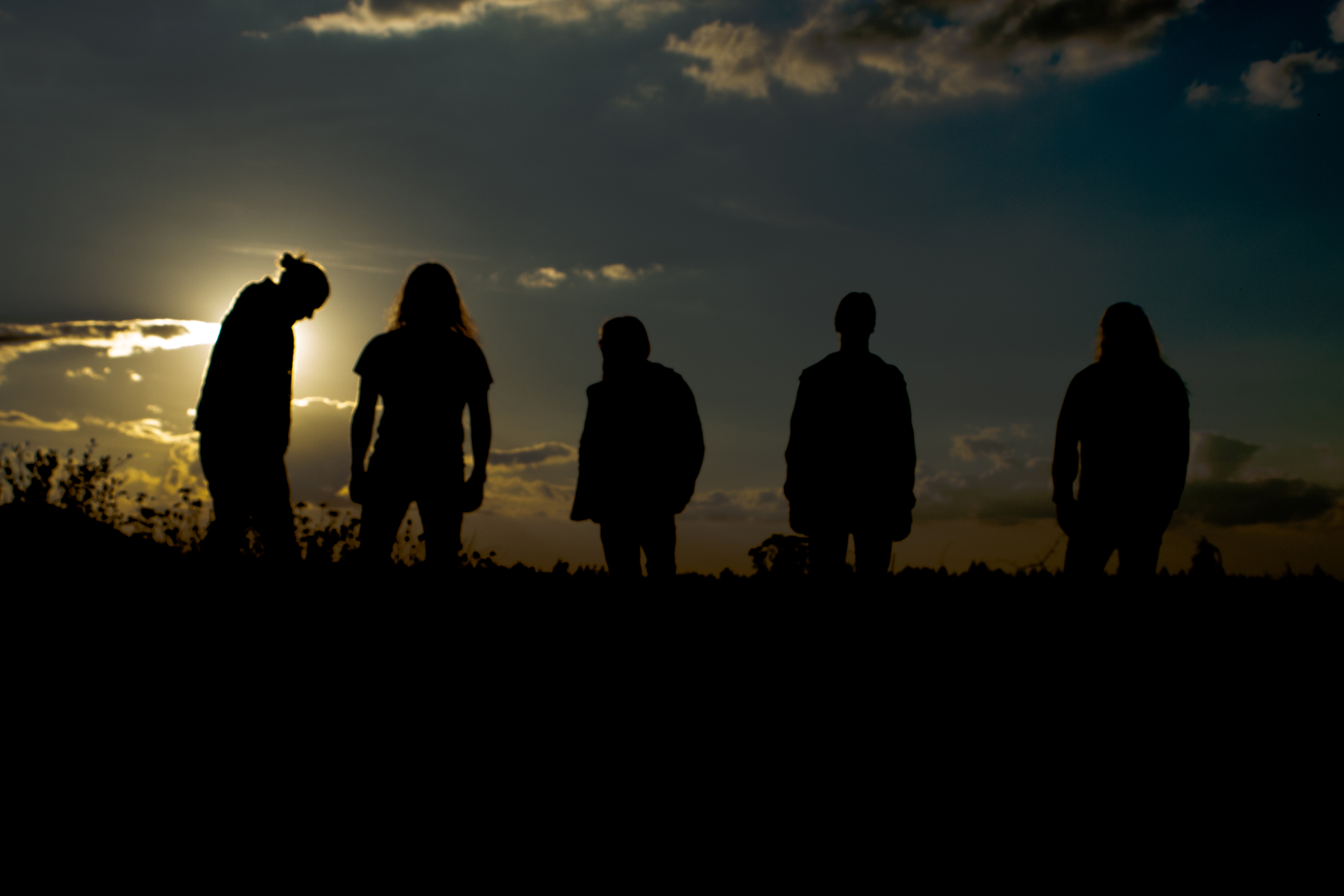 The enigmatic PH (formerly Mr. Peter Hayden) is the perfect vessel for undergoing space exploration. The band from Finland has released a series of...