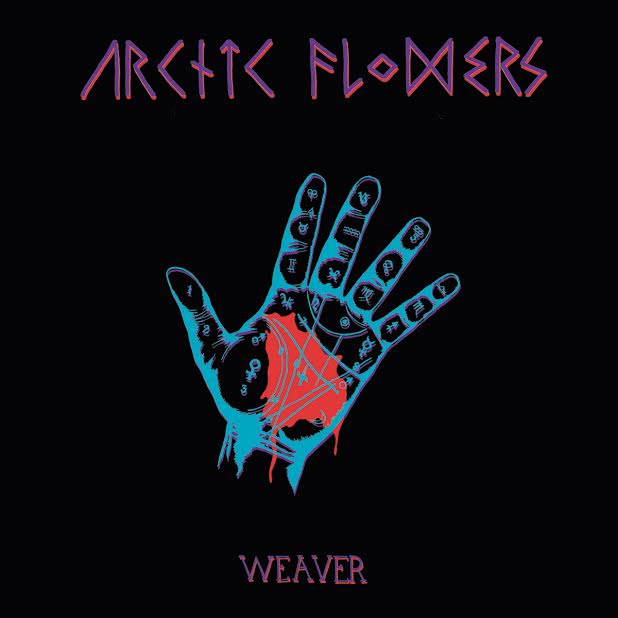 Portland’s Arctic Flowers will have a digital release of their long-awaited second LP soon, with a proper vinyl release following some time in the Spring. In the meantime, the new “Weaver” LP is available here at CVLT Nation for streaming.

After last year’s excellent “Procession” EP, an EP that showcased the Flowers’ talent for combining the tradition of anarcho/peace punk with a postpunk sensibility, the new “Weaver” LP (on Deranged Records – who are on a roll lately) continues in much the same vein. The first side kicks off with the energetic track “Magdalene” and the pace doesn’t let up too much from there, culminating in the barnstorming track “Anamnesis,” which employs a riff that reminds me of a Rudimentary Peni track (specifically, “The Evil Clergyman” off RP’s “Cacophony“). But it’s Side 2 that contains my favorite tracks off this new release. The second side kicks off with the memorable track “Byzantine”; guitarist Stan Wright lays down a chunky, Killing Joke-esque riff (think of that band’s song “Tension” mixed with “The Wait”), complemented by frontwoman Alex’s vocals, which recall the classic goth-punk of bands like Rubella Ballet and Lost Cherrees. The following title track, “Weaver,” is another winner – just a great mid-tempo punk rocker that, in true Arctic Flowers fashion, blurs the boundaries between classic punk, postpunk, and early gothic rock. Indeed, in an interview I did with Arctic Flowers almost two years ago, founder and guitarist Stan Wright stated, “Our sound is a mix of punk, deathrock, post punk, and goth. Aggressive but at times danceable and melodic.” That’s the genius of Arctic Flowers, though, on full display in this new offering: their ability to recombine and synthesize, in new and interesting ways, the traditions of gothic rock and anarcho-punk into a novel, fresh whole. Stan’s nimble guitar is pushed to the fore in the mix of most songs. The rhythm section isn’t far behind, though: Cliff’s drums cover a wide expanse of tempos, from the slower gothic dirge of “Dirges Dwell” (which features a Joy Division-esque bass and guitar opening, harkening back to “Dead Souls”) to the uptempo barnstormer that is Side 1’s late track, “Anamnesis.” Bassist Lee’s work centers the band’s arrangements perfectly, like the lodestar around which one orients a compass. As always, Arctic Flowers’ playing is smart, thoughtful, passionate, centered, and succinct. It is at turns intricate and blunt, subtle and heavy. The long-running DIY background of the band’s members imparts to the songs an urgency one is not likely to find in the more disingenuous bands trying to hop on the recent goth-punk bandwagon.

Weaver is simply an excellent LP.