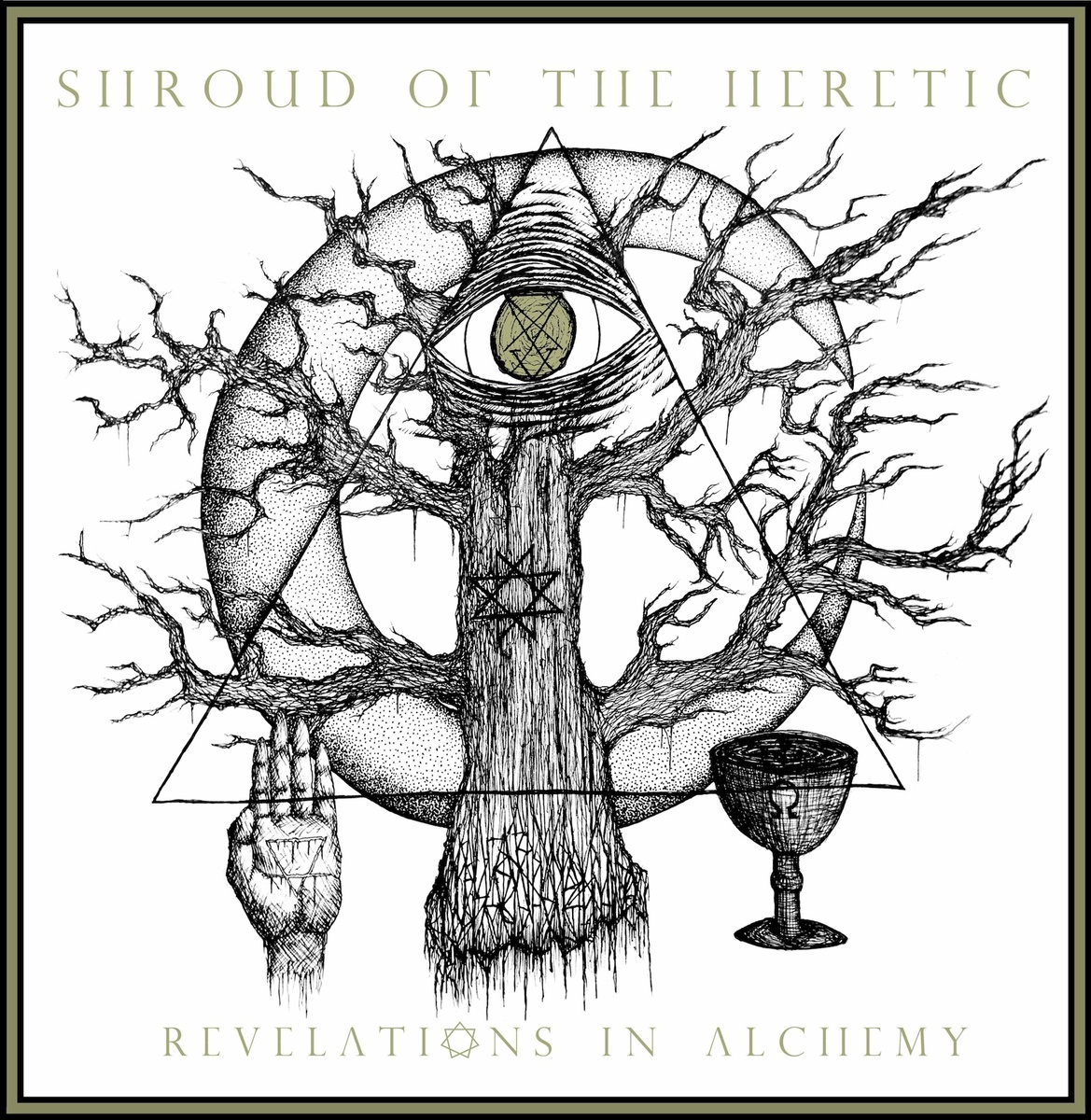 Shroud of the Heretic – Revelations in Alchemy LP

Just to get this out of the way: if you’re looking for a reinvention of the wheel a la Gorguts – this album is not for you. If what you do crave is a strong dose of cavernous OSDM that brings the riffs then you’re in the right place. As straight forward and textbook as it gets, Shroud of the Heretic’s debut Revelations in Alchemy excels at creating an atmosphere of blasphemous, doomy Death Metal.

It opens in an eerie fashion with steady rainfall and over the course of seven songs ranging from five to seven minutes, largely mid-paced movements constitute the makeup of the album. You will, however, see the band occasionally breaking the mold to offer up a sequence of more pronounced, directed aggression or a completely stripped-down interlude with dark, jangly chords that plod along and create the uneasy experience of hearing footsteps in the confines of an ancient ruin. And really, that’s what this record is all about: archaic atmosphere.

With its hammering bass and huge, boulder-smashing guitar tone, Revelations is musically an homage to bands like Incantation in particular, and the fashion in which the formula is executed also brings Vasaeleth to mind. In this context, the vocals are what you come to expect as well, with the bands front man Thom delivering the kind of performance an album like this deserves with gutturals that spew forth abomination.

What you have to admire here is the band’s ability to create the perfect soundtrack to their heretical message that finds meaning in the transformations that occur through alchemy, a concept viewed with a great deal of scorn in medieval Christianity as a practice akin to playing God with its intent to manipulate the elements. What this record achieves is something like the transformation of sound into matter – an arrangement of vibrations that quake with force that shapes a monument from rock, effectively creating as it destroys.

This is best demonstrated perhaps on the title track of the album, a song that opens with a long, feedback filled intro that sounds like the awakening of a great evil within before it gives way to a gasping descent into the darkest depths of the soul, plunging ever deeper into hidden truths that existed before Time was even Time at all. In conclusion, “Revelations in Alchemy” is, indeed, a rather strong debut album for the band and another successful opening of the Eye in the old school Death Metal tradition. For fans who like the wheel just the way it is.