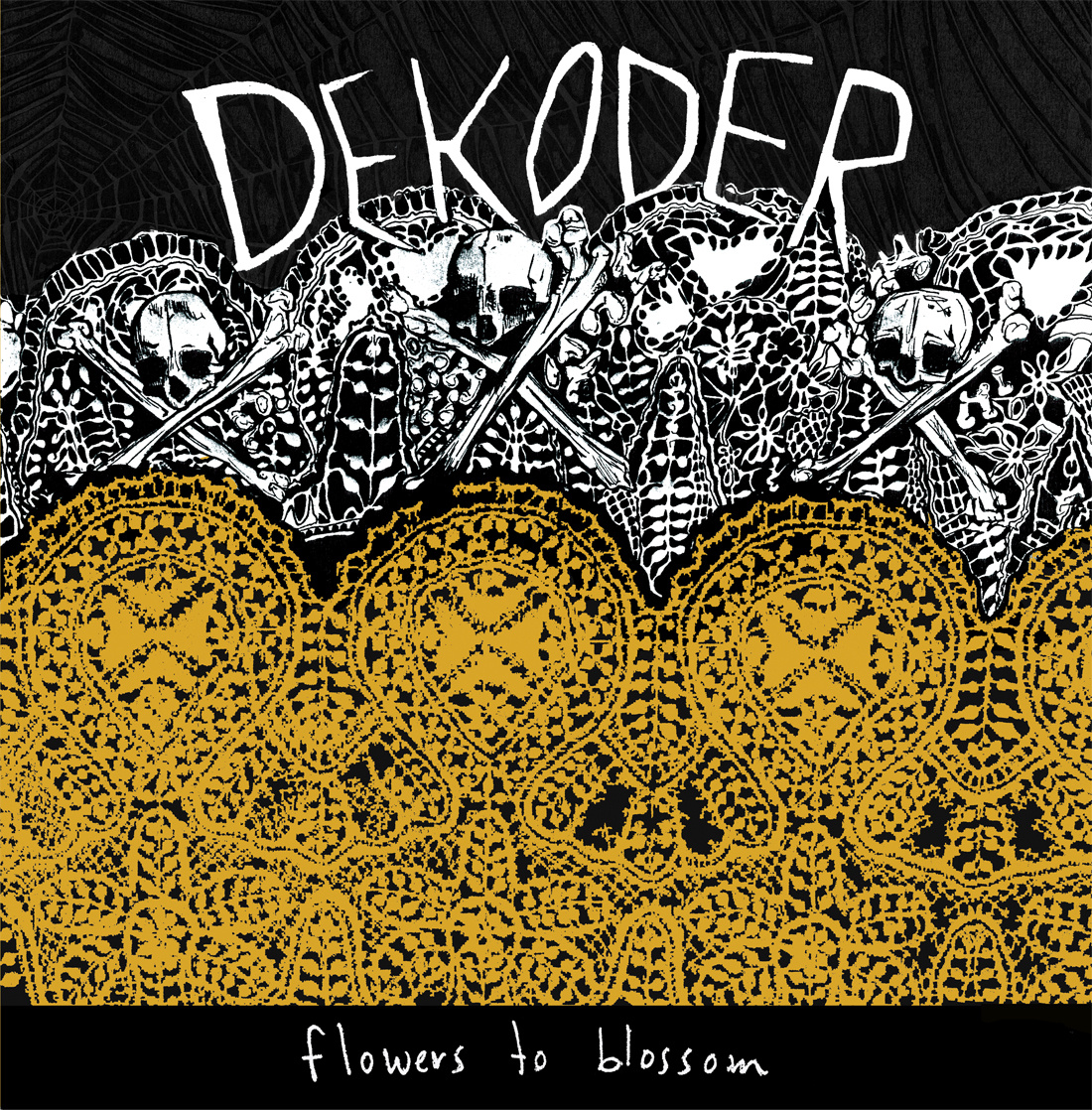 Dekoder’s second 12″ is a 6-song mid-tempo combo of old school gothic rock, anarcho-punk and plain old ’77 style punk, influenced by the more thoughtful side of the punk musical spectrum (more on the Penetration side of things than, say, the Blatz side of things). As with a lot of the female-fronted bands working in this contemporary peace punk-meets-goth milieu, the stand-out quality here are the vocals. The vocal talents of bands like Pleasure Leftists, Blue Cross (who are label mates with Dekoder), and Masquerade comprise one of the more noteworthy aspects of all this Epic postpunk/anarcho-goth revivalist stuff.

The opening song, “Pleasure,” is probably the strongest track on the release: Megan’s vocals are just great. This might sound odd — maybe even off-putting to some — but I’ll be damned if the vocals aren’t like a powerful combo of Pat Benatar’s (“Love is a Battlefield”) and Gitane Demone’s, as I’ve pointed out before. Seriously; just listen (and you can stream the EP, below). The rhythm section is powerful, too: Track 2, “Feels Like Dying,” seems to borrow its groove from Amebix’s “Chain Reaction” or New Model Army’s “Living in the Rose.” Good stuff.

It’s worth quoting the excellent Terminal Escape blog here, which was used to circulate Dekoder’s 2010 demo:

As far as the musical direction Dekoder are going for, in an interview I did with the band a couple of years ago, vocalist Megan commented, “I feel like we take a bit from peace-punk, goth-punk and post punk. We have all played different music before so its probably a mix of a lot things.” Bassist Pete, who has also played with The Complications and Born Dead Icons, says, “I just say ‘post-punk.’ It’s a general term, but I’m not sure we fit any specific category.”

Dekoder’s “Flowers to Blossom” is an intelligent and earnest marriage of the personal themes of liberation evinced by such past bands as the Poison Girls and Rubella Ballet combined with the musical approach of groups like early Siouxsie and the Banshees, Red Scare, later Superheroines, and Legal Weapon. It’s a combo that works quite well. The “Flowers to Blossom” record will surely be on my personal year-end “Best of 2014” list.

Interestingly, drummer David Earles has compiled a book of travel essays and photography from a recent trip he made to North Korea, Vietnam, Laos, and Cambodia, and this can be purchased with the Dekoder album from Chaos Rurale’s website. The book’s called Dragging for Bodies and is an interesting peek into one society Americans aren’t supposed to visit (N. Korea) and other places that are still recovering the war in Indo-China that devastated those countries in the 1960s and 70s. I have a copy of this book and it’s a fascinating read. It deserves its own separate review, which I’m sure I’ll write later. I think the fact that a member of Dekoder compiled such a book at all speaks to the band’s broad world outlook and overall intelligence. Good people, these Dekoder folks.