The first thing that hits me about this New Zealand band’s fifth album is how ULCERATE have returned to the denser sound of their best album to date, Destroyers of All. This might clue you in as to where it falls on the sonic scale. The next question is from a songwriting perspective – can it measure up to the 2011 album? The first indication of this comes after the sheer heaviness of the first two songs is wearing off, and you find yourself up to your eardrums in “There Are No Saviors.” This song’s atmospheric breakdown surfaces midway in the drummer might not be a blindingly fast as he was on their previous releases, but is impressive in the manner that the drummer gives the song room to breathe and allows for the darkness to drip from the guitars. To me, this kind of tasteful playing goes a lot further than just throwing you up against a wall of double bass. 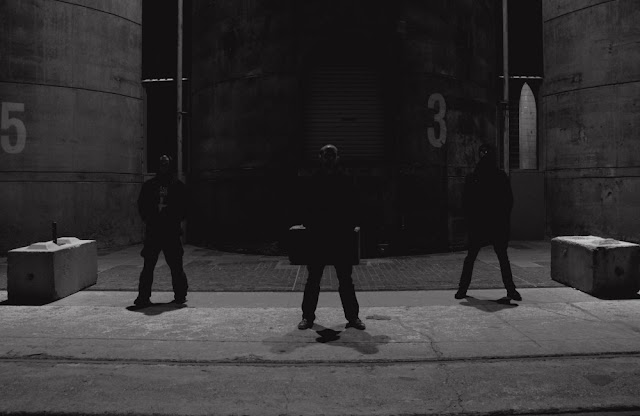 One of the album’s heaviest songs is the title track. It makes its mark on you with the depth of feeling conveyed in its melodies. No matter the genre, if a band is capable of writing in a way that bleeds with genuine emotion, then they have raised the bar for themselves; and they let me know they are just dialing it in if they revert to relying on sheer speed alone like the bulk of your run of the mill death metal bands. A pattern begins to emerge on “Chasm of Fire” – it doesn’t hit as hard as the title track, but in terms of songwriting, finds the band clicking all the varied layers of their sound into place. At this point in the album, it becomes clear that a formula is firmly in place, where they ring until midway into the song then go for a moody break down. “Extinguished Light” sets the perfect example of how to churn up the kind of death metal that takes a hammer to your brain without being dumbed down to one of the Cannibal Corpse knock-offs from mid-nineties Tampa. The album closes with beautifully deliberate and dissonant pound of until blasting off into chaotic nonsense.

If you read all of this and find yourself wondering, “Well, just how heavy is it?” – then that comes down to a matter of perspective. If this album was just full speed ahead hammering, then it would come across to me as white noise that would fade into the background. The measuring stick is Destroyers of All, which was darker and had more technical drumming shifting under the guitars. For Ulcerate, this is more straightforward, despite the fact it doesn’t solely live and die by buzz saw guitars. If you are looking for a death metal album to take bong rips to, then this album will provide enough dynamic range to keep you in cerebral wonderland without being to jarring while you’re waiting for the pizza to be delivered.