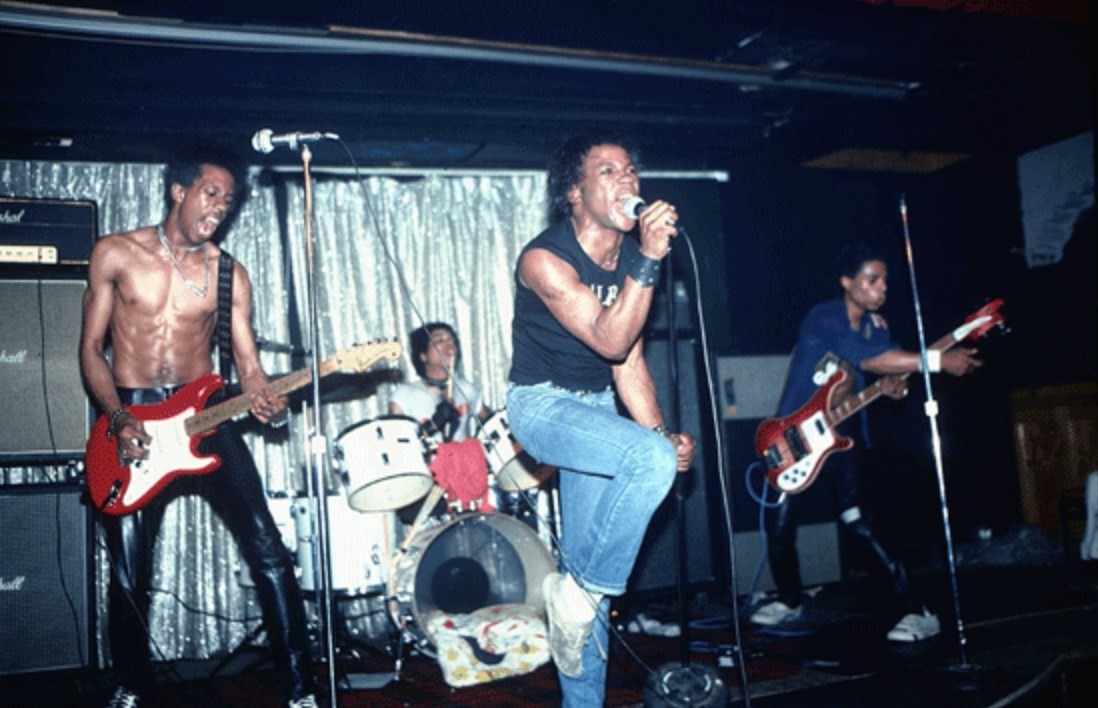 The four-piece lived with the New York Dolls and played with Sid Vicious, but they’ve been largely written out of cultural history

An essential part of learning history is questioning it, asking what has become part of our cultural memory and what might have been left out. When it comes to the history of punk music, there are few bands who have been as overlooked as Pure Hell.

The band’s story began in West Philadelphia in 1974, when four teenagers – lead vocalist Kenny ‘Stinker’ Gordon, bassist Lenny ‘Steel’ Boles, guitarist Preston ‘Chip Wreck’ Morris and drummer Michael ‘Spider’ Sanders, set out to follow in the footsteps of their musical idols. A shared obsession with the sounds of Iggy, Bowie, Cooper, and Hendrix inspired them to create music that was louder, faster and more provocative than even those artists’ most experimental records. Pure Hell’s unique sound led them to New York, where they became characters in a seminal subculture recognised today as punk. As musicians of colour, their contribution to a predominately white underground scene is all the more significant. “We were the first black punk band in the world,” says Boles. “We were the ones who paid the dues for it, we broke the doors down. We were genuinely the first. And we still get no credit for it.” The title of the ‘first black punk band’ has, in recent years, been informally given to Detroit-based Death, whose music was mostly unheralded at the time but has since been rediscovered and praised for its progressive ideas. But while Death were creating proto-punk music in isolation in the early 1970s, Pure Hell were completely entrenched in the New York City underground scene, living and performing alongside the legends of American punk. Arriving the same month that Patti Smith and Television began their two-month residencies at CBGB and leaving just after Nancy Spungen’s murder, Pure Hell’s active years in the city aligned perfectly with the birth and death of a dynamic chapter of music history. “I don’t want to be remembered just because we were black,” says Kenny Gordon. “I want to be remembered for being a part of the first tier of punk in the 70s.”

Being just 155km from Greenwich Village, Philadelphia was somewhat of a pipeline of New York subculture – Gordon remembers his teenage years at the movie theatre watching John Waters films like Polyester and Pink Flamingos, and hanging out at Artemis, a spot frequented by Philly scenesters like Nancy Spungen and Neon Leon. “I heard (The Rolling Stones’) ‘Satisfaction’ and knew it was the kind of music I wanted to play,” recalls bassist Lenny Boles. “I was too poor to afford instruments, so if someone had one, I would befriend them.” The quad quickly gained notoriety on their home turf. “Growing up in West Philadelphia, which was all black, we were some of the craziest guys you could have possibly seen walking the streets back then,” says Gordon. “We dressed in drag and wore wigs, basically daring people to bother us. People in the neighbourhood would say, ‘Don’t go into houses with those guys, you may not come out!’”

Pure Hell swan dove into the New York underground scene in 1975, in pursuit of the people, places, and sounds they’d read about for years in the pages of Rock Scene and Cream magazine. The band moved into the Chelsea Hotel, the temporary home of a long list of influential characters, including Bob Dylan, Leonard Cohen, Janis Joplin, Jim Morrison, Edie Sedgwick, Patti Smith, and Robert Mapplethorpe. Their first gig in the city was hosted at Frenzy’s thrift, a storefront on St. Marks place, where guitarist Preston Morris “rather memorably caught the amplifier on fire due to a combination of maximum volume and faulty wires”, says Gordon. Drummer Michael Sanders’ friendship with Neon Leon led the band to the New York Dolls, who were acting as mentors for younger artists like Debbie Harry and Richard Hell at the time. Pure Hell was soon invited to perform for the Dolls in their loft. “Honestly, we were scared to death of them,” Boles says. “When we walked in, they were all dressed up, smoking joints and watching The Untouchables on TV. Fortunately, we played and blew them away.” Gordon adds: “Underneath their outer appearance, they were just a bunch of guys from Queens. We had the same lingo. We were both really street and really genuine. It’s like, they were white but playing black, and we were just the opposite. We were innovative and they definitely appreciated us for it.”

After being kicked out of the Chelsea for not paying rent, Pure Hell moved into the Dolls’ loft. “Everybody hated us at first. We had a bad reputation because of our association with the New York Dolls, who were doing a lot of dope at the time,” says Boles. “The way we looked, everybody thought we were in a gang. Actually, we used to live in gang territory in West Philly, and people were always trying to get us to join. We never did. And with a name like Pure Hell, people thought we were devil worshippers.”

Gordon adds: “This was New York City, this was punk. People don’t realise it was ruthlessly competitive. It was dog eat dog.” Although they felt that few people were on their side, their kinship with Johnny Thunders led to numerous gigs at Andy Warhol’s haunt, Max’s Kansas City, and Mother’s, a Chelsea gay bar turned punk club, where Blondie first performed. The band was featured in a number of publications, namely Warhol’s own Interview magazine, marking their ‘place’ in a scene cultural influencers. All images courtesy of Pure Hell 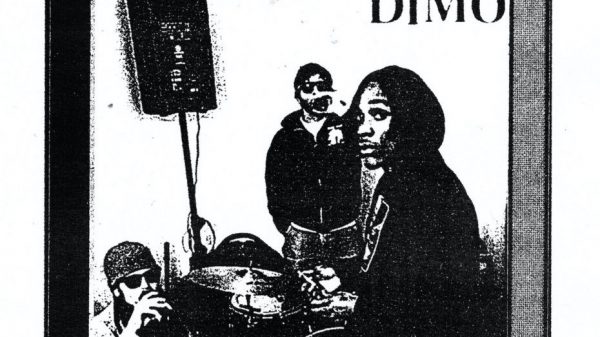 How many times have you heard a certain kind of American say something like, “if we hadn’t joined WWII, you’d all be speaking German,”...