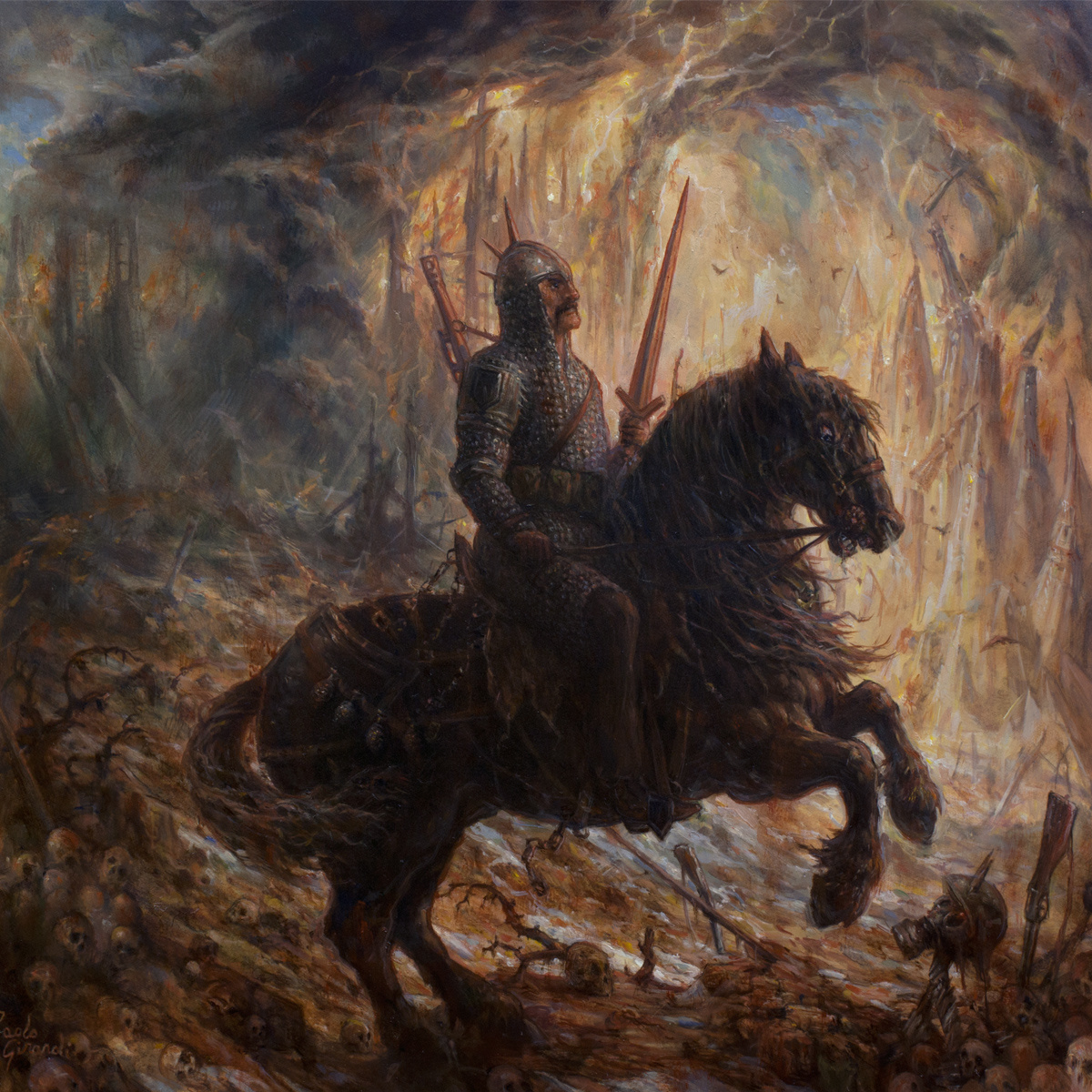 Some bands use gimmicks. Some bands use hype. But not Diocletian. Not in the least bit. In fact, Diocletian’s Gesundrian was so underrated in 2014, it was criminal. Gesundrian is the best work Diocletian have ever done. The opening riff sets it all up. Prepare for war, Diocletian seem to be saying. Even after the song hits its stride, Diocletian does not waver, in spite of it starting out slow. Like a cleaver, it slices through your skull like the it was warm butter.

Dare I say it about war metal – this is actually beautiful. After the first track ends, the second track properly introduces us to Diocletian. They blast, shred and bark their way to the frontlines of the war. The guitar tone is addictive to the ears, and the drumming never strays from anchoring the rhythm section. It’s all done so beautifully that it makes you listen intently. The riff builds to a crescendo of hyperspeed downpicks and shreds. To the very last strike of the cymbal, Diocletian execute war metal the way a band is supposed to.

I’m afraid Gesundrian sounds so good production-wise as well that it’s possibly going to bring in death metal fans that follow the horde like sheeple. No, this isn’t Jungle Rot, or Six Feet Under, casual listener. Gesundrian slays the poser with the force of a knight driving in his lance straight for the heart. The hyperblast makes its presence felt in a lot of Gesundrian’s tracks. But of course it does, metal charlatan, you could say to others who might like Diocletian for all the wrong reasons. This is war metal, and the drummer nails his rudiments like the pop culture empire is ready for its turn at the fall.

Some bands use catchy choruses. Some bands use cover art. Diocletian like art as much as the casual metal fan, donning a Paolo Girardi piece proudly on the digipack’s cover. However, mistake this for a lesser band that blasts in copycat mode, and this, loser, will either hook you to the dark arts, or slay you in the fearful eyes of your poser comrades.

Cvlt warriors know what to expect from a war metal band. Don’t expect audio gear endorsements the likes Children of Bodom fans care for. This is the best Diocletian has ever done. I regret not having listened to this album prior to my EOY list writing. Sans regrets, meatheads, I proclaim my loyalty to Diocletian. Hail Gesundrian!