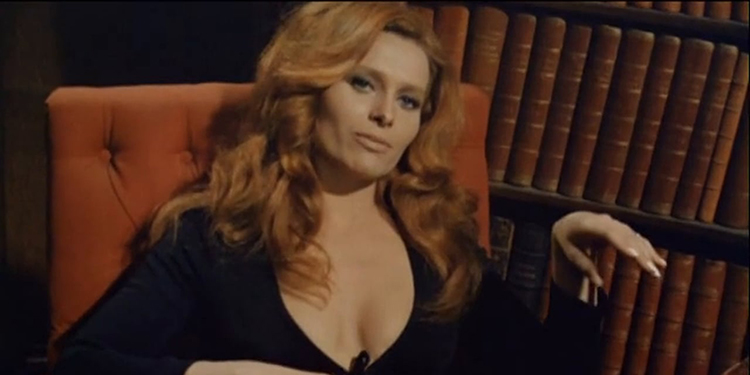 Sometimes amidst the modern era of seamless murder scenes, hyper-real gore and static and quickly disposed of characters, I like to go back to a simpler time. A time when dialogue was extended maybe a little too much, the lead up to the horror and violence was more important than the violence itself, and when a good soundtrack was composed rather than bought from meglomedia giants. Here’s one of those films for you today, the Belgian/Italian 1971 thriller The Devil’s Nightmare, directed by Jean Brismée and with the soundtrack composed by Spaghetti Western alum Alessandro Alessandroni. This film has everything you need in a classic horror flick – an eerie castle, the seven deadly sins, a sexy succubus and the devil Himself. Enjoy!

The Devil’s Nightmare by filmgorillas