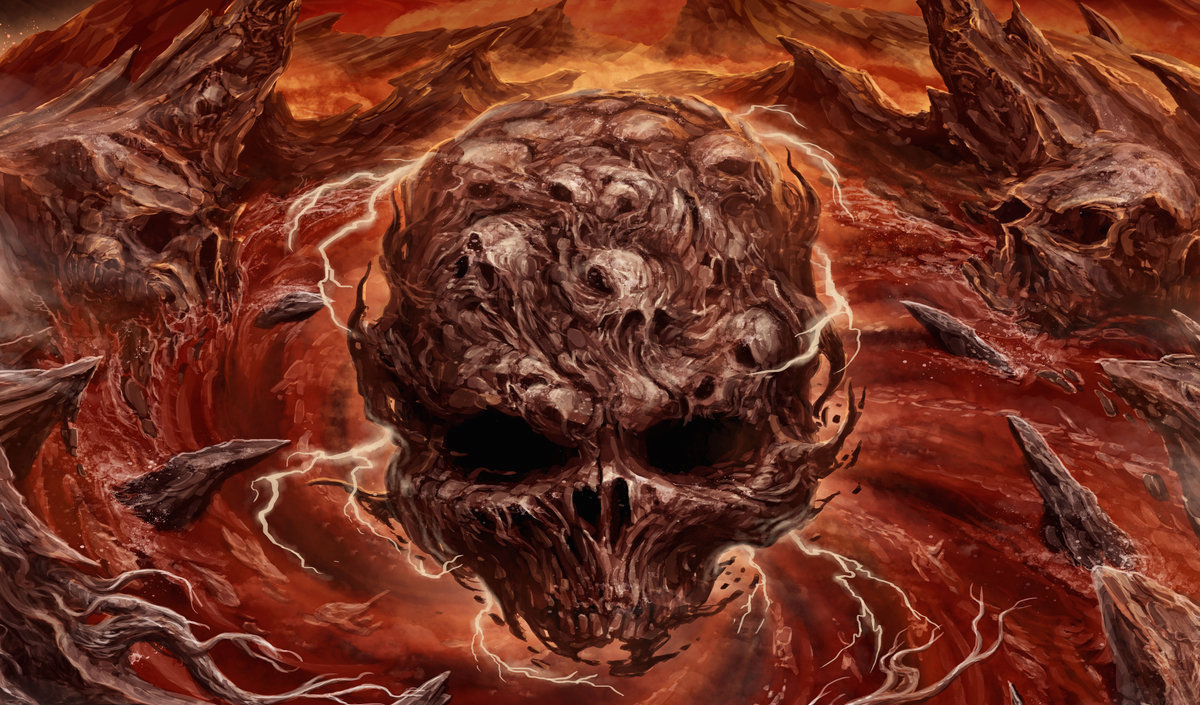 What a nice surprise! The debut album from Chile’s Pulverized is just that – a completely unforeseen, brilliantly executed foray into some of the best old school Death Metal sounds known to man and I haven’t been able to stop playing the CD since I got it this past month. Indeed, the replay value of Monuments of Misanthropy is tenfold its worth in cash, as Pulverized don’t sound at all like a band that’s just getting started with their first major release.

Featuring six songs across 37 minutes of wall to wall, ballsy, catchy-as-all-fuck, nonstop riffage, Pulverized brandishes an incredible knack for song writing, as none of the tracks that make up Monuments of Misanthropy over stay their welcome for even a second. And this is particularly impressive when you consider that the length of each track ranges from modest(Devocion 3:37) to lengthy(Cadaveres 8:34). No matter the length, Pulverized come at you with a swath of impressive, head bangable riffs and spiraling, explosive solos that captivate and engage you throughout the run time, and its in the old school tradition, with a big nod to American acts Morbid Angel and to a lesser extent Suffocation, as although the overall style is closer to the former, the more technical sections, breakdowns, and brutal vocalizations by front man Claudio Anacona give this album a rather interesting mix of the two very different traditions. The end result is an album that seriously just bangs hard as fuck from start to finish and flat out sounds amazing, as I think this may be in some respects the best production job yet from Krucyator Productions. I don’t remember the last time I heard a better sounding mix, as you really get a nice dose of each instrument with none of them ever being too overbearing and the guitar tone is simply outstanding, very warm with tremendous texture and energy when leads burst forth from the abyss. The consistent lead work on this record is what really puts Monuments of Misanthropy over the top as well, making it the kind of album that could easily find its way into many end of the year top album lists. It should be no surprise then that “In the Depths of Insanity” and “Profecía-Flagelo-Extinción” would have to be my favorite cuts from this beast of a record, as both showcase tremendously flashy, explosive, and well placed leads throughout both songs respectively.

In short, if you’re a fan of American old school Death Metal in particular, this album is right up your alley, as Monuments of Misanthropy is a devastatingly refreshing take on a tried and true genre, and is not an album to sleep on one bit in 2018. Highest recommendation possible, total support to this Chilean horde!!!