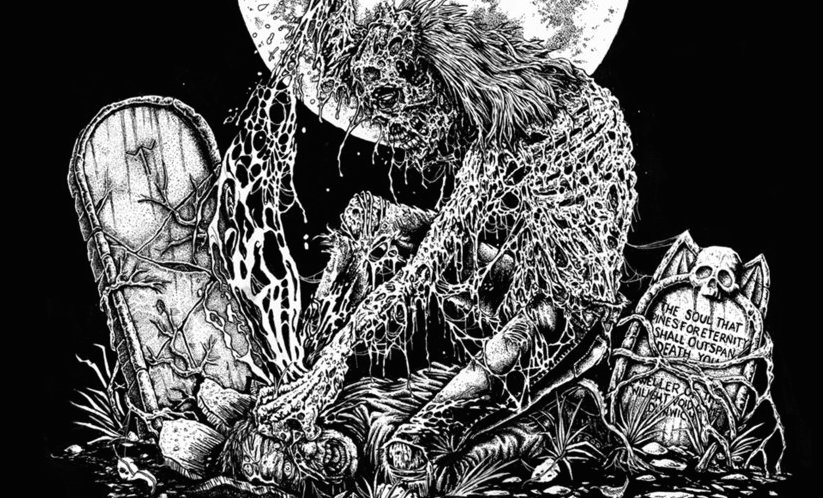 Distressed, raw and stripped-down, the first wave of Death Metal in the late 80s/early 90s brought with it the speed of grind, the drive of thrash and the attitude of hardcore by razing the paths laid before them and terrifying every pearl-clutching prude the world over. This rare moment in time was defined mainstays such as Pestilence, Carcass, Bolt Thrower and Possessed who stand the test of time and continue to regularly sellout large venues to this day. For contemporary metal heads, an obsession with the past is ever-present because the past they obsess over obliterated modern conceptions of music altogether and has yet to be dominated in ferocity or chromatic experimentation. So, without more rambling, we give you Autophagy, an atomic throwback swarm of crust and black metal veterans who just dropped a killer debut tape out soon via Headsplit Records. The demo commences in classic death style with a Hellraiser sample before catapulting into 4 tracks of unrefined glory. Jackhammer mid-range riffs undergird the grizzly bass growl while the drums pummel at a steady thrash or double-kicked pulse. As for a debut, this release has everything you’d expect from what is to become one of the great death metal bands of our time and, as an added bonus, it closes with a perfectly executed Nihilist cover.