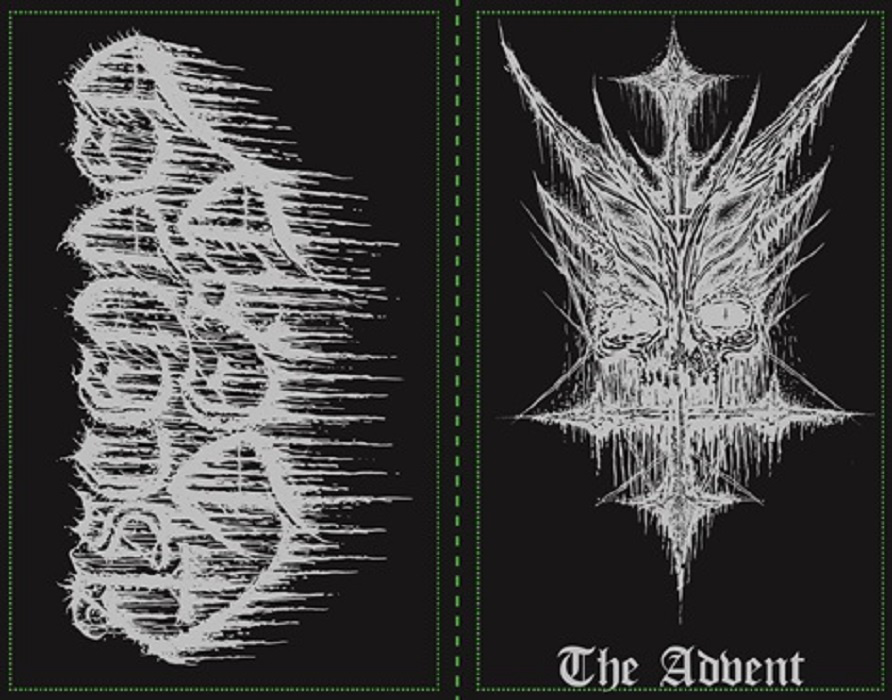 Raw death metal fans? Metal mavens? Jaded Deathers? I got meat care of Ascended Dead’s The Advent. Shit! This album is intense. It’s released in cassette format, so get your copy now. What the fuck are you waiting for? A review? Ok, here’s the skinny.

This ain’t P. Diddy. This ain’t Michael Buble. This ain’t Imagine Dragons. Listening to this feels like pulling out your tubes while you’re on hemodialysis. Liver ain’t likin’ this. Just like alcohol, bittersweet alcohol, Al Necro’s long-lost love.

Better to live and review this kind of music than die, go to heaven and listen 24/7 to Andrea Bocelli. You romantics will want to wait for HIM. You death metal fanatics will love the groove and blast style of Ascended Dead’s latest. The Advent is the shit!

This ain’t doom/death. Your slowest beats on this thing lock in the sixth-string guitar groove, so bust a move and take a listen. I don’t want you fuckers going soft on me, settling for some Obituary on CrowdFunding. Yeah, I don’t know what the fuck it is, screw it!

Track six on this thing is a live bashing of a sick-ass crowd, so death metal live show lovers will get their asses primed for the kicking. This cassette starts off with some fantastic feedback, then it’s no frills for going slow or nothing! Fast, stomping, loud as your granny getting belted out by a Chippendale’s stripper all morning, mothers! Mother of God, did I say that? Must have been your granny for sure, meathead! Yeah, I meant you in the corner headbangin to the likes of Blur and Oasis.

All out, intense! All growling nonsense! Hahaha. I’m laughing at you fuckers who think Lamb of God is heavy and shit. Brutality-deficient retards I’d call you. Enough with the beatdown. If you ain’t down with the necro, ain’t down with the necro, you’re gonna have to listen to some other guy’s idea of heavy as a really heavy thing. Blast, breakdown, blast, blast, groove, blast. What the fuck ain’t happenin on this platter’s happenin on Taylor Swift’s latest album! In this article:Ascended Dead, DEATH METAL, The Advent