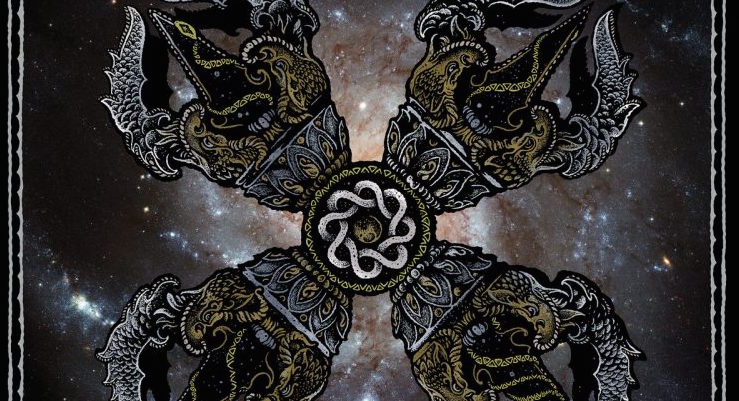 ONE: MOURNFUL CONGREGATION The Incubus Of Karma

One of the most prominent bands in the extreme doom/death scene, Mournful Congregation grabbed everyone’s attention in 1999 with the release of their debut album, Tears from a Grieving Heart. Encapsulating all the sorrow and pain of the genre, the emotive lead work, the glacial pace and the introspective perception, the Australian band took it a step further with their sophomore record, The Monad of Creation.

A couple more albums later, in the very solid The June Frost and The Book of Kings, Mournful Congregation return four years after the release of their first EP, Concrescence of the Sophia, with The Incubus of Karma. Packing 80 minutes of gloom induced doom/death, the band relies on many of the elements that have made them successful and instantly recognizable in the scene.

Atmosphere and melody are the pillars on top of which the structures of Mournful Congregation lie. And their could not be a better way to start off the album than with “The Indwelling Ascent” intro, presenting a ritualistic pace with its slow progression, and a melancholic leaning with a plethora of sorrowful leads. It is the lead work in big part that steals the show in the music of Mournful Congregation, shaping the structures with emotive messages sent across the soundscapes. The title track interlude speaks to this fact, performing a deep dive into the sentimentality that surrounds the work of the band. Suggesting that Jersey doom incarnates Evoken have never before written a concept album appears, at a glance, to be both true and preposterous. There have been no prog operas, sure, but are we really willing to deny that their planet-sized despair machines have always tapped directly, preternaturally, into our shared generational misery? Haven’t all previous records been their own tightly crafted masterworks of mood manipulation? It’s not even completely absurd to propose that Evoken have, until now, been writing a whole concept discography, advancing their single abyssal theme with each breathtaking hour. But for a bit of thesaurus savvy, Embrace the Emptiness and A Caress of the Void would even bear the same title. This is not a criticism. Consistency of purpose and demeanor is a virtue when quality control is this strong. The funereal sound speaks of eras long past, as the band balances perfectly between the colossal doom progression and the guttural death metal aesthetics. It is a punishing process that Hooded Menace initiates, and it works brilliantly in crafting the main themes of the record. On top of this imposing background, the lead work flourishes, covering much ground in the process. Despite following an old-school perspective to their doom/death recipe, the band makes sure the record hits all the right notes. The hellish lead work of the opening track leads to the twisted dissonance of “In Eerie Deliverance”, while the crystalline melodies of “Cathedral of Labyrinthine Darkness” delivers a terrifying moment of darkness and despair. Listening to UN is not really the best idea if you’re preparing for a big night of revelry with friends. By the time you’ve listened to all four tracks you’re far more likely to want to crawl back into bed and pull the covers up over your head than go out for looking for love and laughter. Sentiment is the Seattle doom quartet’s sophomore album, and as with their 2015 debut The Tomb of all Things this is a painful and poignant listen that will toy with your emotions and at times reduce you to a quivering mess.

The four song titles act as a window into the mood swings within and the universal feeling is one of distress and loss. ‘In Its Absence’ is a haunting opener, as ever with UN moving at an almost Neolithic pace, with its ambient flow occasionally disturbed by a few more robust tremors. Monte McCleery’s vocals have a deathly pallor, a croak of finality, that merely reinforces the impending feeling of angst that unites each track. Extreme doom metal often carries with it some amount of work on the part of the listener. Be it patience, the appropriate mood, a psychoactive state or a greater combination of each. Funeral doom is exactly the sort of fringe artistry that a very select few fans can easily and effortlessly slip into and I’d venture to say it takes some amount of cyclic dissociation or persistent disthymia in need of catharsis to seek it out. Of course these are mindless generalizations that are further complicated by the great variance of style invoked across the modern sounds of funeral doom. German funeral doom metal project Adversvm exudes a slightly faster pace and death/doom aligned production value that shirks the lure of psychedelia, flailing atmospherics, and greater experimentation that so many extreme doom projects rely on. The concept of straight-forward, heavy, well-produced, funereal death/doom seems ludicrous when read aloud but ‘Aion Sitra Ahra’ is a decidedly polished, low-frills experience. SIX: BARREN ALTAR Entrenched In The Faults Of The Earth

Pain is glorious, torment is beautiful, sorrow is golden, riffs drenched in dirge, mourning is solace – just some of the thoughts that come to mind as I listen to the new BARREN ALTAR LP Entrenched In The Faults Of The Earth. While the staple meditative and mournful elements of their black/doom sound remain, with this work the band take somewhat of an “unplugged” approach to the craft, using acoustic guitars, violas, cellos and chanted vocals to conjure sentiments of loss, solitude, and distance within a way more intimate and contemplative framework, summoning in the end a beautiful and lush palette of acoustic colors and moods that are more akin to bands like Sangre de Muerdago or Aerial Ruin than to any other “metal” band, including theirselves.