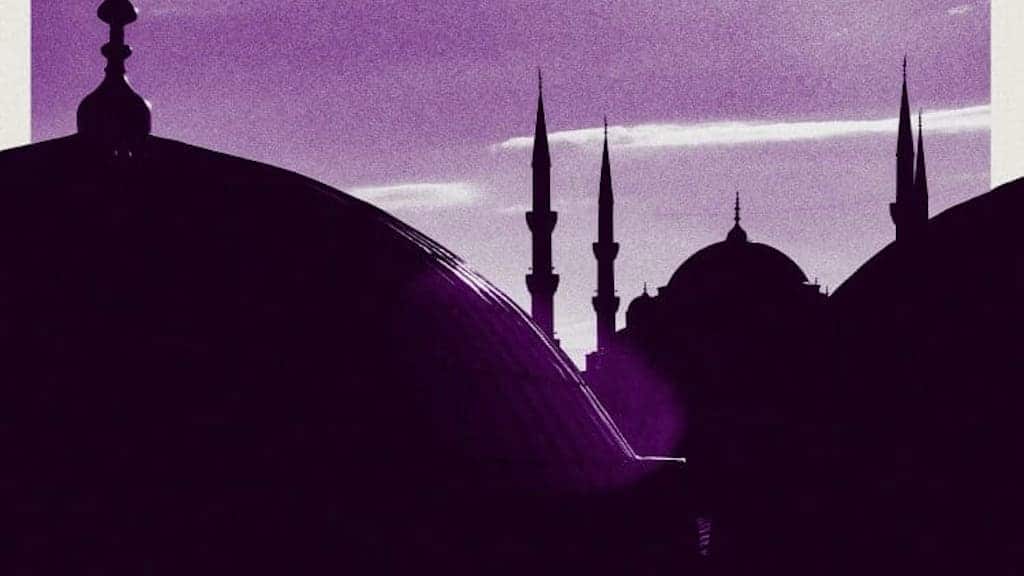 I think about the human body as a miniature world, just one dimension existing in infinite dimensions. Just like our planet, we’re inhabited by billions if not trillions of organisms doing an intricate, symbiotic dance throughout our lives. Just like our planet, we can go our whole lives only knowing what’s on our surface, never diving deep enough into the abyss to learn what essential parts of ourselves exist there. That’s why music like the psychedelic shoegaze of Finland’s HORTE is so important. It’s like a meditative expedition into what lies inside. HORTE guides you into places where you may find what you fear the most, but you’ll also experience the most triumph, the most joy, the most satisfaction. Their use of field recordings and sound collages builds a massive yet distinct soundscape that’s so much deeper than what you initially hear.

It’s a daily battle to keep my mind in a positive space where only PMA reigns supreme. Music is my go-to tool to keep my mind right. This is where the new Lehnen album Negative Space comes into play because the sonic dreamscapes that this band creates keep my mind right. Any darkness that might want to creep into my reality is kept at bay by the Heavygaze riffs that I encounter on this album. I’m super stoked to share with y’all Negative Space in full. Respect to Noise Appeal (U.K.) and Post. Recordings (U.S.) for releasing this record. This is a message to Lehnen: thank you for creating music that makes me feel good to be alive and keeps my mind in a positive space!

Have we all not suffered? Have we all not felt grief’s bony hand gripped around our ribcage, squeezing until we can’t breathe and we’re buckled under the pain? We all feel grief and wade through its quicksand, sinking until we remember to float.

That’s the message behind DAXMA‘s new album, Unmarked Boxes. The album is inspired by Rumi’s poem Unmarked Boxes, and just as his opening line says, “Anything you lose comes round in another form,” so does his poem come around a millennium later in the form of Daxma’s stunning, rich post-rock epic. Their slow, heavy soundscape paints a bleak picture of some of our most painful emotions. The harmonious vocals floating in the distance are like the hints from our soul that we will survive this, no matter the crushing percussion that threatens to stop our hearts. If you’ve felt this way, or are feeling this way, hit play on Unmarked Boxes below and remind yourself that grief is woven into the fabric of human existence.

I’m really impressed by the unit called kollapse and their new album Sult is pretty freaking moving. This Post-Hardcore band creates the kind of music that speaks to the human condition – that pain that we’re all dealing with right now. I would like to say respect due to kollapse for manifesting art from an honest place of passion and integrity.

The biggest lie we’ve all been told from birth is that we’re insignificant. We’re unworthy. We’re ignorant. And we’re here to follow the rules until we die. The reality is that each of us is our own universe. We’re a never-ending series of Big Bangs. We’re an infinite, unexplored expanse that’s been tricked into thinking we’ve got nothing inside worth exploring.

Some music captures this innate understanding and rebellion by lighting a path into the depth of our souls, and that’s where I’m going as I listen to Blodet‘s new EP VISION. Each song on this EP evokes dedication with steady basslines, suspense with ominous guitar riffs, and trust with hypnotic vocals.

ÂGE Ⱡ TOTAL makes the kind of music that has my mind’s eye traveling through a wormhole, spinning psychedelic colors all around me, passing through interdimensional fields of intertwined energies, free of my 3D body. In my opinion, music is the closest humanity can get to understanding the universe in our souls, without explanation, logic, or rationalization. Maybe I’ve been meditating on quantum physics a little too much, or maybe the love child made lovingly by French connoisseurs of heavy Greyfell and Endless Floods really is that cosmic. Maybe both. They blend doom with psychedelic rock with post-rock with stoner metal with avant-garde to make a gorgeous primordial soup of sound. Today I’m excited to share all of this with you with our full stream of their record ÂGE Ⱡ TOTAL.

Three words that are hard to find — “Peace of Mind.” I want to make it mine, all day every day. I want my negative thoughts to be replaced with those three words, I want to be free as a bird. My self-worth can’t be confined to a word. Thinking that I’m less than is just absurd. When I look in the mirror, who reflects back to me? I have self-love so I dig who’s looking back to me. Right now my eyes are gazing at BARST’s new visual and musical project called “REAL” A BARST Audiovisual Experience. This project was created for Consouling Sounds’ 24 HOURS OF DEEP LISTENING Fest.

Peace of Mind is mine and I know this to be true because listening to BARST is my sonic forcefield that keeps away any negative self-talk. Press play below and allow “REAL” A BARST Audiovisual Experience to guide you through this experience we call life! I’m so amazed at the music that BARST creates. I’m crying tears of joy inside because I’m so blessed that I have ears to hear and that is REAL!

As a kid, I was subjected to brainwashing for the benefit of those at the top of the pyramid scheme that is Christianity. Even though it never fully took, the years I spent in Sunday School and listening to older people singing the same depressing tunes over and over again (I went to an Anglican Church, not a fun one) had an impact on my young mind. When I built up the courage to admit I’d never “taken Jesus into my heart” and I wanted out, I felt guilt and fear for a few years afterward. Maybe I’d picked the wrong side. Maybe Jesus was wrong about respecting all people, a message I resonated with, and the teachers at my church were right about everyone who didn’t believe in him going to Hell. As an adult, I understand why it took so long for me to undo the damage to self that was done by my indoctrination into organized religion. So I appreciate how BLEETH paints a picture of how the platitudes of faith and following can cause a deep-seated fear of one’s true nature to fester inside someone. I love this post-metal ode to misguided faith from BLEETH, and I wish I’d known there were other people who thought this way when I was young and spouting blasphemy.

The most profound concept I accepted in the past year is that every moment, every experience, is a step. It’s so easy to get caught up in doubt and feelings of stagnancy; it’s only natural when we live at a time where most of our cultures are obsessed with the concept of progress. We need to feel like we’re moving at all times, or we feel like we’re achieving nothing. But when you realize that even now, in this moment, while you’re reading this, you’re taking a step on your path, you come that much closer to appreciating your present.

So in reading how BRUIT≤ came to create their new album The Machine Is Burning And Now Everyone Knows It Could Happen Again, I realize again that how I experience today, listening to their album, has a massive but as yet unknown impact on my future. If I don’t appreciate what I’m learning in each moment of my life, it will take me that much longer to learn. And the music that BRUIT≤ has created here is transcendental and gives me no other option beyond sitting down and listening and letting my mind wander silently encompassed by their breathtaking sound.

The past five years have been unbelievably disruptive for me. One loss after another, one healing after another, one revelation after another. I’ve become very intimate with Jung’s concept of the Shadow, and I’ve been doing the work to shine a light on the parts of myself I hid away during my childhood and adolescence. If there was a soundtrack to that painful process of recognition, acceptance, and release, it would be AMENRA’s De Doorn. I’ve listened to this record without even knowing that it was indeed written for that exact purpose:

At the SMAK Museum Of Contemporary Art in Ghent’s 19th-century, monument-strewn Citadelpark in May 2019, they offered a communal recognition of loss and letting go. Here, audience members were invited to make their own offerings, placing personal notes of acknowledgment in wooden structures created by Indonesian artist Toni Kanwa Adikusumah, before they were brought out into the park and set alight as an act of recognition and release – a forging of hope from the flames.https://amenra.bandcamp.com/album/de-doorn

I’ve burned things this year. Memories, beliefs, relationships, letters to myself and to others. Although I can’t understand the Flemish lyrics on De Doorn, I feel them. The powerful soundwaves beat into my heart until I rip my ribcage open and CHVE’s voice pours into me like flames to cauterize my wounds. 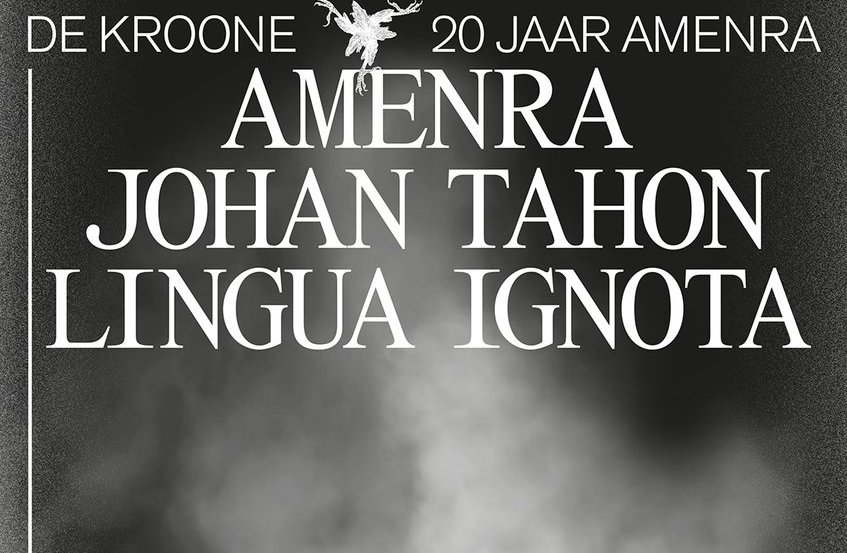 One band that has created its own universe is AMENRA. Check out this footage of their most recent Fire Ritual… We will be bringing...