Deathrock icon Razor Candi is at long last releasing a high quality photo book to showcase her work after 13 years of professional online modeling. Razor Candi’s DIY career propelled with the popularity of social networking in 2003 alongside the mid-00’s Deathrock Revival period. Raising the bar for and inspiring fashion and art savvy goths, Kym’s varying styles are always taken to the extreme and tend to incorporate several aesthetic aspects of different subcultures. What she does is truly an art form.

Originally from Pennsylvania, Kym moved to Tampa, FL, for a few years where she go-go danced at The Castle before eventually moving to Transylvania, Romania in 2008 to be with her now-husband. In 2010, Kym began working with Blue Blood to create innovative adult content. Today, she runs her own personal interactive adult website, RazorCandi.com, where members can interact with her and get access to 12,000+high resolution images, pictures from her personal journal, and videos.

The gorgeous Razor Candi is well known for coming up with her own looks, doing her own hair and makeup and altering her own clothing, even working with her personal photographer. She is all about artistic self-expression, and the knowledge that she inspires others to express themselves keeps her motivated. If she reaches he goal, her book will feature a medley of her most memorable goth, punk, deathrock, and nude looks. You had been planning to release a nice coffee table book like this for several years now and it’s finally happening! You must be so thrilled for hitting such a big milestone. With this and the success of your adult website, do you often feel like this is exactly what you were meant to do? Are there other ways you like to fulfill your self-expression artistically?

I definitely feel that modelling is a calling of mine. It’s been over a decade since I started, so naturally things can begin to lose their appeal after so long. I’m also well aware of what modelling involves and I know I cannot do it forever. I’ve thought a lot about how I can still translate myself expression though art outside of modelling, and it certainly involves painting, drawing and possibly tattooing.

Awesome! Your styles have always been so aesthetically pleasing down to every last detail. Would you call yourself a perfectionist? I can totally see that! Do you have another big career goal in mind after the book’s release? Have you ever considered say, starting your own clothing line or something in that realm?

At this point in time, I don’t have anything planned after the book. One of the main motivators for me is setting a goal. Right now my goal is making this book happen. If it does happen, I’ll take it from there. I’m still very interested in traveling the US to promote for the book (if I hit my goal) and to pursue more dark photography themed projects.

Wow, that would be amazing! I understand you started experimenting with your fashion from a pretty young age, 13 or so? At what point did you start dressing what you’d consider alternative?

I’d say around 13. In 1996, the grunge movement was in full bloom and it was a big influence on me. I started out pretty tame as most thirteen year olds probably would, but I felt there was something lacking. I didn’t feel like I was making enough of a statement and didn’t yet feel comfortable enough in my skin. Around that time I discovered goth and was completely enamored. That segues fantastically into my next question! What first got you into the goth subculture? Was it a particular band, movie, person, experience?

It’s probably going to sound completely predictable, but my first most memorable influence was Marilyn Manson. Of course, I recall seeing goth and punk icons growing up. I was obsessed with vampire movies and horror flicks, but I was too young then to understand what a subculture even was. But at 13, Manson was the first to really open my eyes to it. My older sister collected CDs and my twin sister and I came across the Smells Like Children album and we were completely intrigued. After that, there was no going back, only going forward and deeper into the cultural abyss. 😉

A bit predictable, sure, but it makes sense! 🙂 You listened to and promoted many deathrock bands during the mid-00s deathrock revival period. I know you had a TON of favorites, but looking back, which particular revival bands inspired you and/or your art the most? What about out of the original 80s deathrock bands?

Indeed, it makes sense for the time period. Deathrock was my next step in my subcultural evolution. I discovered Sex Gang Children’s Last Chance For A Slow Dance on the Undead: A Goth Masterpiece Compilation and I was totally smitten. I had no idea what deathrock was then and that the subculture existed or had a name, but thanks to Sex Gang they introduced me to a whole new world. Slowly, I realized I was finding myself. I discovered old school batcave stuff like Specimen, Virgin Prunes, Alien Sex Fiend, Bauhaus, Rudimentary Peni… list goes on. I was more into the 80s goth and deathrock bands more so than the newer bands, but one revival band that always comes to mind is Cinema Strange. That’s awesome you go into it from the Batcave side! Last Chance For A Slow Dance is a great one. You seem to have always had a wide range of favorite artists. I discovered Nora Keyes and Deadbolt through your LiveJournal in the mid-00s, and you seemed to listen to literally everything in between. Even so, what music do you listen to that might surprise fans?

That’s awesome! I’m always very happy to hear that I’ve introduced people to new bands and music. I think music is so inspiring and therapeutic, which is why I listen to so many different genres. Sometimes there are bands that are just talented and there is no denying it. Bands that might surprise people are Hank III, Ghost B.C. or Dystopia. I have an ever-growing YouTube Favorite’s list.

Awesome! I understand that Transylvania doesn’t really have a music scene? When you’re at home, is it just you and your husband, or do you guys at least have some friends with similar interests nearby?

I wouldn’t say Transylvania doesn’t have a music scene, but it’s definitely hugely lacking in diversity. The number one alternative music of choice here is Metal, which sometimes can be great, but I’m also opposed to a lot of the ideologies that come with the scene. I’m sure I can find many people in the country who would agree with me, and I have met people with great music taste, but since Romania is still a developing country culturally, and mostly regarding its infrastructure, real life socializing amongst subcultural people is not as easy as in western countries. My favorite destinations so far have been Prague in the Czech Republic, and Florence and Venice in Italy. Cologne, Germany is always a relaxing favorite of mine. I love to sight-see. When I’m in a new city my first choice of transportation is by foot, because then you really get to see everything. Some of the most memorable places, though, are the ossuaries and crypts. The Sedlec Ossuary in Kutná Hora, Czech Republic is mind blowing, as well as the Capuchin Crypt in Rome, Italy and Kaisergruft or Imperial Crypt in Vienna, Austria – and of course the Catacombs below Paris.

Wow! You’ve been to so many cool spooky places! I know you’re a fan of horror films as well. Seen any in the last couple of years you enjoyed?

A newer horror flick I’ve seen that I really enjoyed was The Banshee Chapter, a 2013 film. I’m actually not really into newer horror flicks. Something about them just doesn’t click with me. I find older horror flicks to have a much creepier atmosphere, while newer ones just lack that feeling, so I’m having a hard time thinking of newer titles that I liked off the top of my head. Horror films in the last decade have taken a totally different turn. What are some of your favorites from the 80s?

The Kickstarter for Razor Candi’s art book has less than a week left, so please pledge! She is offering all kinds of rad stuff in addition to her book, and if she reaches $10,000 by September 25th, she will include a pinup calendar for those who donate at the $75 level or higher. She also has a new Facebook fan page. 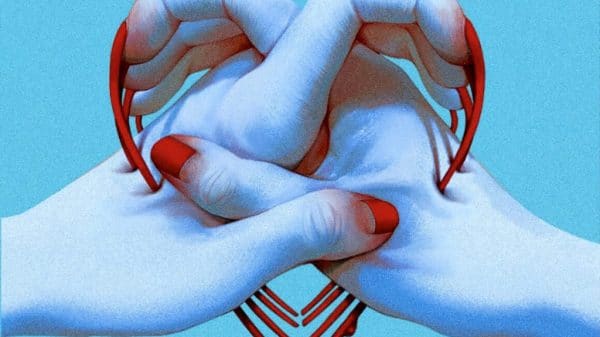