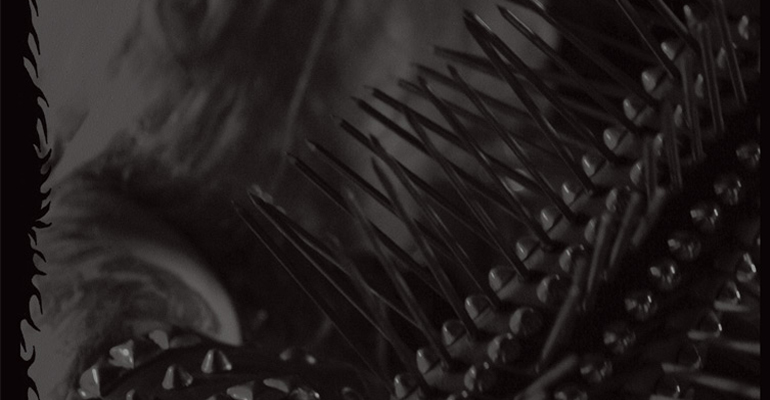 Five years after releasing the great book of metal Sound of The Beast (2004), Ian Christe decided that was time to be his own boss and created Bazillion Points, a truly DIY press that was introduced to the world with the masterpiece Swedish Death Metal (Daniel Ekeroth).

Since then, the New York based company has already published a great number of titles about all the genres and subgenres of metal, punk, grunge, and rock. To do that, Ian said that he used all the experience gathered during the making of Sound of the Beast – which was released in several countries around the world, including Brazil.

In this interview, Ian talks about his four year journey to write Sound of The Beast, the records that changed his life, the differences between printed and digital books, and how it is to manage the best metal/punk/rock publishing company in the world. I’ve read that it took four years for you to write Sound of the Beast. What part of the process took the most time – doing interviews, actually writing it, thinking about the structure, etc?

Yeah, thanks for taking me back to some hard years! As you can imagine, all of those things added up to make a four-year marathon of writing Sound of the Beast. Interviews were much harder to get, as there were no books like this back then, and people were skeptical. It’s hard to remember, but there was no social media, so musicians in 1999 were a little more untouchable. And the idea of a book about heavy metal sounded sketchy, ha ha. Once I had over 100 interviews, and countless magazines and other artifacts, crunching everything together was tough. I went by my own instinct as far as the storyline, but then I backed everything up with quotes from the interviews. Always the story came first; I wanted to get the word-of-mouth legends of metal that headbangers share among themselves down on paper.

How do you look at the book nowadays, 10 years after its release? Do you want to make some changes or add some stuff – maybe in a new anniversary version?

Yes, there are a lot of sections I would like to expand on or add, but surprisingly the basic path of metal history in the book holds strong. Heavy metal was at such a low point ten years ago, and the decade since has brought the rediscovery of all kinds of styles that are covered in the book. Like the rebirth of thrash metal a few years ago — that was like reliving the exact timeline covered in the book during the late 1980s. Same thing for all the bands revisiting the old school death metal styles. As far as the spots where Sound of the Beast was light, like prog metal and Swedish death metal, my own company Bazillion Points has printed massive books about those styles to make up for it. So I’ve spent many more years now hunched over a screen!

What was the biggest challenge you faced when you were writing the book?

Well, you asked about the four years, and there were so many puzzles and obstacles. Honestly, the biggest challenge must have been money. I had very little money from the publisher, and I had to figure out ways to survive while working on a book 8-16 hours a day for all that time! Writing takes such total focus, it’s hard to jump in and out to make some money for food, beer, and rent!

Is there somebody you wanted to interview for the book, but couldn’t? And what were your favorite interviews?

One way or another, I was able to speak with practically everyone I could have hoped for. The guys from Kiss, Metallica, Slayer, Judas Priest, Black Sabbath and Emperor were all tricky to contact in one way or another. Some of the longer interviews were just amazing, like spending an afternoon with Ronnie James Dio in a coffee shop in New York. I was really impressed with what great people had reached the top shelf of metal. The one standout bad interview was Glenn Danzig!

Do you consider the release of the book as a “turning point” in your career?

Yes, it was the beginning of my life now, really. This was supposed to be a tiny little book about some grubby metal music, at least the publisher thought so, and Sound of the Beast ended up becoming a phenomenon over the years, with almost 15 translations and countless reprints here in the States. Plus I learned most of what I needed to know five years later when I started my own publishing company, Bazillion Points.

How did you decide to start your own publishing company? Did you have some problems with other publishers that released your books that made you want to do it or was a matter of seeing something that nobody was doing?

I didn’t like waiting around for decisions to be made slowly about what books I would be working on next. Even after Sound of the Beast surpassed expectation, I heard the same old objections about why books about heavy metal and punk wouldn’t work. So I followed my instinct again and pursued making books that I would want to read. Lots of our authors are people like Metalion from Slayer Mag, who I’ve known almost thirty years. But other books came just over the telephone, or by our reputation based on earlier books. When things get slow, I reach out to people about writing new books, but things are almost never slow nowadays. I’m finishing up production on a New York hardcore book in the next few days, NYHC by Tony Rettman. How is the day to day operation at Bazillion Points nowadays in comparison to the beginning?

I think things move much faster now, as I’ve learned how to do everything from design to shipping to accounting. Plus, we have Swedish maniac Magnus Henriksson on hand to keep pushing things forward. I did have a lot of experience thanks to all the editions of Sound of the Beast, but I have learned a lot about freight and distribution, for example.

You’ve already released a lot of different books with Bazillion Points. How do you deicide what is good material to be published?

Still very simple, it has to be something that I’m surprised isn’t published already! There are a couple books I would like to read that I haven’t been able to make happen, but mostly I hear about something, like a book of early California hardcore photos like We Got Power!, and I’m immediately excited and ready to get to work.

What’s the biggest lesson you have learned in all these years as the owner of an independent metal publishing company?

That’s a tough question, I’m so occupied all the time I don’t have an answer for that on the tip of my tongue. I guess I’ve confirmed what I thought was true all along: if you make exceptional books for people about overlooked subjects, and make sure the depth and quality is beyond what’s normal and expected, people will really appreciate it. One of the most recent releases from Bazillion Points

Please tell me three records that changed your life and why they did it.

AC/DC’s Back in Black (1980) sent me down this path in the first place. Voivod’s Dimension Hatross (1988) was just a masterpiece that showed the outer limits of what heavy metal could be. And I guess Mayhem’s De Mysteriis Dom Sathanas (1984), because it’s an amazingly dark outpouring of energy, but also the circumstances made me think for years about the line between symbolism and reality in heavy metal, plus many other things.

When did know that you wanted to write about metal as a living? I’ve read that you had a zine and also wrote for Creem magazine through a reader’s contest.

Ha, yes, that’s true. When I was 17 or 18 I sent in a sample review to Creem Thrash Metal and was picked to start writing record reviews for them. I had done six issues of a metal fanzine before that. Ultimately, though, during the 1990s I was writing about all kinds of things for regular magazines. I tackled metal in Sound of the Beast because I always loved metal so much and felt like it deserved a book that told its long story. Payback for years of good times!

What’s your opinion about e-books and e-readers? Do you think they will have the same role in the book industry that the MP3s and the iPods had in the music industry?

No, a lot of people couldn’t tell you whether you were playing a record or an MP3, but a digital reader and a book are just not the same thing at all. Digital readers are good for short train rides, but people still want real books, especially the books Bazillion Points is making, big handsome ones.

Do you plan to write another book anytime soon?

Not this year, but you can look at the Bazillion Points books and realize I’ve put a lot of work into each of them. Everything from Murder in the Front Row to Heavy Metal Movies added up to more years! And there are still many more to come. Eventually, I’ll write a book, that’s for sure.