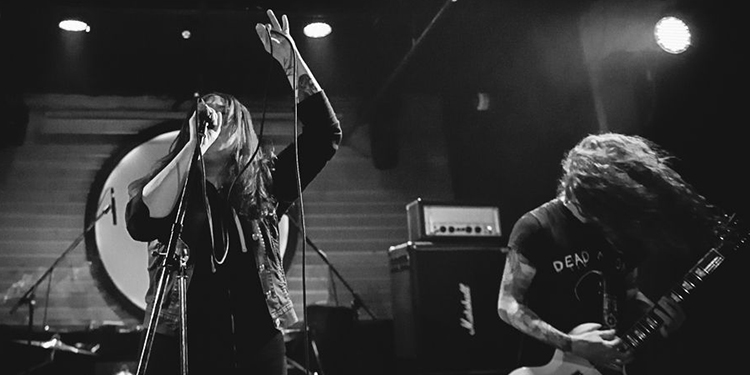 I have probably expressed my contempt for early shows more than once. There’s just something that strikes me as counter-intuitive about starting a two band show in the early evening, then booting all attendees at 10pm to make way for a completely different audience. To be fair though, with what rents are in this city, I can’t fault the operators of venues for doing what’s necessary to keep their businesses afloat.

Vancouver’s own Haggatha kicked it off with a set as heavy as it was brutal. Known for curating a blend of sludge that keeps the riffs front-and-centre, they served as a very effective counterpoint to what Windhand was to serve up next. Nice to see these guys still going strong, even if it feels like they haven’t been the most active of late.

Windhand aren’t your typical doom band. Dorthia’s voice – arguably one of the most emotive in the scene today – tends to contrast with the instrumentation most of the time, but in a way executed with such control and finesse that the combination becomes greater than the sum of its parts. There’s something almost ethereal about how soothing, yet still haunting, it becomes when backed by instruments played so loudly. While I’m the first to admit that not all doom bands can hold my attention for the duration of a set, I can’t deny that these guys have become one of my favourites to take in in a live setting. A captivating performance rendered all the more satisfying by a venue so packed for an early show. Good job Vancouver!