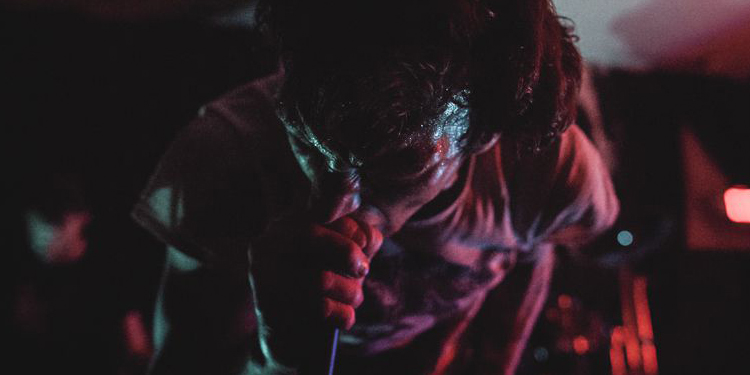 Trap Them, Call of The Void with support from WTCHDR and Seer

There’s something truly satisfying about finally seeing a band perform when you’d kind of just assumed they’d never make an appearance in the city you live. Such was case of Trap Them, who recently embarked on their first tour of the West Coast in 5 years.

The aesthetic of the venue was perfect to this show – occupying the space that was the Smilin’ Buddha Cabaret back in the heyday of punk rock in Vancouver, its reinvention has rendered it an indoor skate ramp most of the time, and a music venue on the occasions that shows are booked there.

Locals Seer kicked the night off with what was – to my understanding – their first show with the addition of Peter Sacco on second guitar. Not the most active band in terms of playing shows, I’d only caught them a couple of times prior to this, but this addition definitely stood out to me as a notable one.

Hometown hardcore heroes WTCHDR took the stage next with a set that perfectly exemplified why the local scene appreciates them so much. They play hard, have a lot of fun on stage, and are genuinely some of the nicest dudes you’ll ever meet. Looking forward to more recorded material from these guys, I hear some is on its way.

This was decidedly a slightly different incarnation of Call Of The Void than their prior appearance in town, where they played as a 5 piece. Unbeknownst to me prior to the show, their vocalist left the band a little while back, with one of the guitarists taking over vocal duties, who incidentally took over bass duties on this evening as a result of the bass player being turned back at the border. While it’s always a bummer to see a band have to struggle with being a man short, it’s inspiring to see them play as well as this in spite of it.

As mentioned above, it had been 5 years since Trap Them had last toured the west coast, and to the best of my knowledge, their first appearance in Vancouver. Suffice to say, if you were waiting 5 years to catch this band again, and were expecting the level of intensity their recordings have on display, you wouldn’t be disappointed. SBC got destroyed, and in the best possible way.

CALL OF THE VOID

In this article:call of the void, Milton Stille, sbc, seer, trap them, vaNCOUVER, Wtchdr