Muscle and Marrow are impossible to define or confine. They are something else. The doom-ridden experimental rock became veiled in an ethereal fog when Kira Clark’s dramatic voice rose and fell across songs from their latest album, Love. The moment she entered into the chorus of “The Drooling Mouth,” I awakened and realized I had to absorb every second of their sound. Touring with Author & Punisher in the past has made them no strangers to the metal-loving crowd that appears at their shows and, luckily for them, Clark and drummer Keith McGraw appeal directly to their psyches. They balance moments of fuzzy gloom with those of slow serenity. They are a seamless, avant-garde blend of the artists they admire: Swans, Bat For Lashes, Fiona Apple and Björk. Without directly referencing any of their influences, Muscle and Marrow were all at once. It’s a strange, pure brew. Their songs contort into heavier, larger beings on stage and force you to pay your full attention. The two finally ingrained themselves in the minds of the crowd with the repetitive “fear my power” at the end of their song “Light.” As is now evident to me, we should stand in awe of their obvious power. Wrekmeister Harmonies is a project I have been fascinated with for years. Their massive pieces of music are a spiritual experience that encompass every sound; it’s impossible to describe a set as “metal,” “experimental” or “classical.” It’s a collision of styles that make Wrekmeister awe-inspiring. In their half-hour set, they perform the entire 2015 album Night of Your Ascension, and I might have ascended to another realm as they used over a dozen pieces of equipment to create an atmosphere of their own. My mind divided the stage in half – Shaw had a pristine tranquility to her contributions, while Robinson’s guitar and vocals were a serious, more darker element. Second to second, the experience alters. An intricate, repeating pattern of black and white, heavy and light, loud and quiet, intense and calm. Juxtaposition is what, I believe, makes Wrekmeister Harmonies so intriguing. There’s an intentional chaos and a variance that is gripping. You question how such enormous complexity could be created in your presence, but Harmonies does so without cease. What Marissa Nadler calls an off night is an evening of enthralling grace. Muscle and Marrow join her each night and, now touring with bassist Don McGreevy, formerly of Earth, and guitarist Milky Burgess, Nadler’s songs are given the depth they exude when she records them. Burgess’ slide guitar and solos are another person accompanying the purity of Nadler’s voice and help to tell the stories she’s written. She flows from songs off her latest album, Strangers, to July and years past. I felt my eyes close and let myself sink into a state of acceptance. Following her lyrics and remembering the way she sang them. Letting her words take on new meaning as I saw them cause others to close their eyes and sway. Nadler is a poet and her delivery of the work she creates is as refined as the lines themselves. Everything she professes onstage is genuine. Her rendition of Neil Young’s “Cortez the Killer” could be mistaken for her own piece of music as she twists it into her own creation. After floating through a dozen songs from her decade-long catalogue, Nadler was alone onstage for two wonderfully heartfelt moments. The final minutes of “We Are Coming Back” were ominous and resplendent. There lies an image that I find fitting to describe Marissa Nadler: a magnificent, understated and stunning apocalypse. 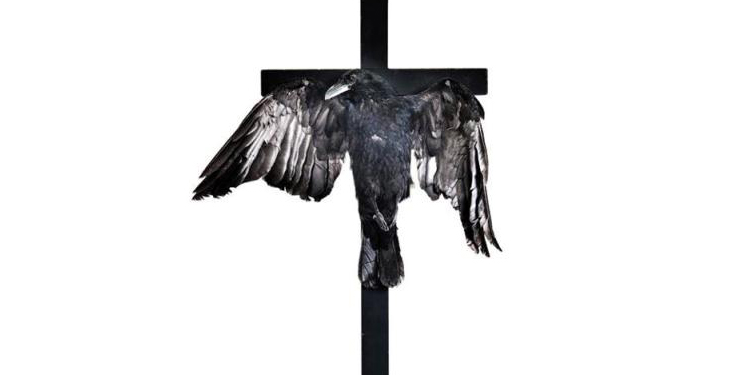