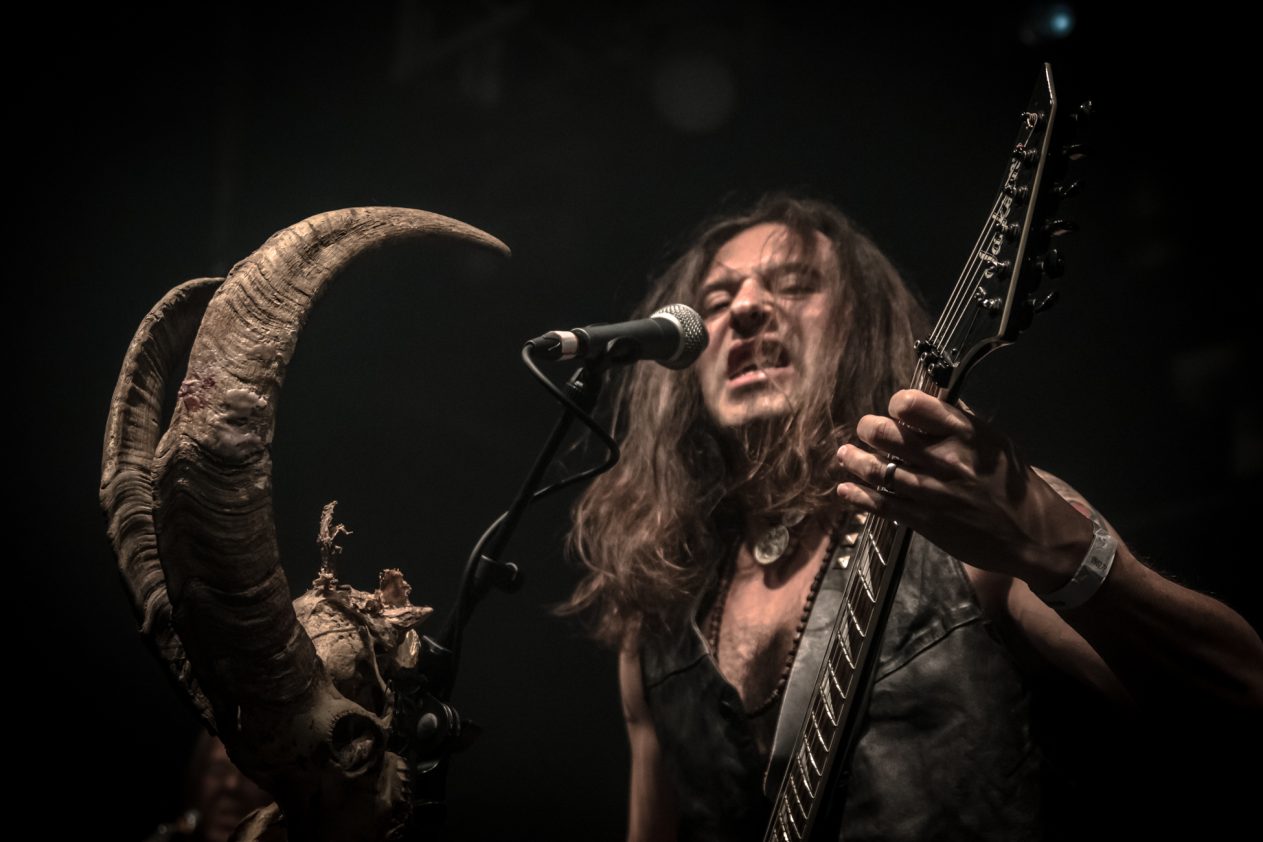 Photos and text by Abi Ghoulson

It that time again the third of May which means only one thing for most die hard stoner rock fans the year has totally flown by and it’s the weekend to celebrate the eighth year of this fantastic gathering of riffs and reefers, beers and beards also known as Desertfest London. Having recently expanded to NYC, it’s clear the festival with humble beginnings is taking over the world and it’s not difficult to see why. With a plethora of heavy bands ranging from psychedelic, to stoner rock to grind-core, spread over five stages in the heart of Camden town, there’s a choice for all tastes and a lot more variety than initially meets the eye.

JAYE JAYLE are the first band to open up the Electric Ballroom which plays host to The Old Empire stage and are a fair few minutes late due to what appears to be some technical difficulties and as the modest audience wait and the anticipation builds. Finally, the Kentucky quartet take to the stage and break into the moody, doomy swampy, stompy blues that has a cinematic soundscape appeal. Otherworldly, stripped down but haunting nihilistic melodies from the brooding baritone voice of Evan Patterson over spooky synthesizers and keyboard, dark guitar riffs and marching percussion, fill the Electric Ballroom and enrapture the modest crowd.

The Black Heart is packed and ready to be spellbound by sultry LA trio HIGH PRIESTESS. Drummer Megan Mullins is absolutely captivating, like a possessed she-demon with multiple limbs. She conquers the drum-kit and hammers out slow but steady monstrous beats, building the backbone to the creepy psychedelic harmonies. These are punctuated with banshee like wails and growls from Katie Gilchrest and Mariana Fiel on guitar and bass respectively. Another spellbinding performance, akin to an evil darker ACID KING with subtle vibes of OM. It is not an exaggeration to say by the time they end several jaws have hit the floor.

Local London quartet GRAVE MIASMA also seem to have a few technical difficulties but after these are rectified, they annihilate the Electric Ballroom with crushing, fast and furious blackened death metal, blistering riffs and threatening growls. They pull any unsuspecting stoner out of the green haze and propel the ballroom into a putrid abyss of death metal chugging abound with atmospheric black tremolos and breakdowns, along with the odd high-pitched screeching riff. The relentlessness builds throughout the set as the riffs from both guitars and bass shred steadily faster, the drums pummelled harder and the death growls grow more intense.

After such a punishing set, WOVENHAND is for some a soothing balm and for others perhaps too tame, they take to the stage quite late and play a “rock’n’roll” tinged set of psychedelic, folky Americana. The vocals feel more like ceremonial incantations emanating from David Eugene, who hides behind a cowboy hat and shades and a good deal of hazy smoke. WOVENHAND have a NICK CAVE/SISTER’S OF MERCY ’80s gothic edge to them which is exaggerated with the echoey reverb that permeates the stage. The performance follows a pleasing ebb and flow weaving in and out of light and dark psychedelia with chugging riffs. They constantly toe a middle line which overall results in a lack of oomph which is a shame.

The Electric Ballroom is absolutely packed to the gills for legendary spiritual doom trio OM featuring the godfather of doom Al Cisneros. They play on a darkened smoky stage and the first few songs are gorgeously entrancing. Opening with ‘Gethesmane’, the hypnotic ‘State of No Return’ follows and it’s impossible not to move to the gentle but persistent rhythm. Cisneros’ bass emanating from the impressive wall of amps has a metric ton of heft and when the low and slow but heavy vocals kick in they work well with the layering of the complex drumming and instrumentals. Unfortunately, there is a fair amount of chatter around the edges of the venue which in the end break the spell and it is hard to get back into the flow of the subtle music that OM create which sadly has a big impact on the overall experience. However, when they close with the heavy and intense ‘Bhimas Theme’ the rowdy rabble is drowned out and justice is restored.

After being lulled into a trance the party animal stragglers that have made the wise decision to stick around for the after-party are yanked out of it! THE SHRINE self-branded as “psychedelic violence “rock’n’roll” prove to be a final fantastic burst of energy that explode on to the stage and rock the socks off the remaining crowd. The performance from both singer/guitarist Josh Landau and bassist Corey Parks of NASHVILLE PUSSY are truly captivating and rocket-fuelled replete with guitar wielding, like a mash up of TURBONEGRO and ASG. Good old balls (and tits) out “rock‘n’roll” with a scuzzy dirty edge. Parks is a new addition but looked right at home, smashing it with a killer pout and seductive strut while Landau hurls himself into the crowd shredding his guitar and all. It’s a wild finish to the first day with plenty more to come.