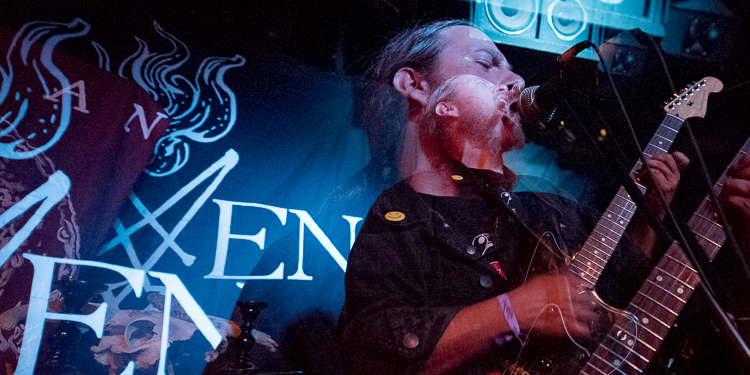 I can’t believe I survived this past month, because June was unreal for underground music in Vancouver! From June 15th-18th, The COVENANT II Fest took place and it was INSANE! Again these awesome humans came together to put on one of the best fests I have been to in a long time. Looking back on the nights that I attended, I didn’t see one whack performance, because all of the bands brought it. Looking at the line up on paper, I knew I was in for a special event. The Covenant made sure to get some of the most elite acts from around the world, including Funeral Throne, Sheol, Bell Witch, Shataan, Spectral Voice, Weregoat, Volahn, Blood Incantation, Hissing, Arizmenda and many more. Something that struck me about this year was how much positivity was in the house – for the most part. From what I have witnessed first hand, The Covenant is just getting stronger by the year – I can only imagine how rad the line up is going to be for 2017. CVLT Nation salutes Ted Liu for capturing the whole fest so that the rest of the world can see how much fun we had for themselves. COVENANT II is proof that when people come together for a common goal, killer shit can happen. What you are about to see are photos from the pre-party and Day One of the fest. Stay tuned to CVLT Nation for Days Two and Three.

The Covenant Fest Day One