The Brian Jonestown Massacre arrive in Bristol (England) on a stormy October Sunday (14/10/2018) to the suitably dingy backdrop of the excellent Motion music venue.

Over the next two hours, BJM will deliver an awe inspiring performance that drives the electric capacity crowd to moments of pure ecstasy. Tonight’s set is a career-spanning, psychedelic, masterclass led by the notorious Anton Newcombe that draws on a series of choice cuts from their seventeen album back catalogue – “Who?” is a highlight sing-along moment, “That Girl Suicide” is sublime and “Anemone” is gorgeous in its execution.

Whilst much of the erratic behaviour of the past is behind them (as seen in the incredible warts and all 2004 documentary ‘Dig!’), Joel Gion is the epitome of cool and Newcombe is still very much the tortured genius as he endlessly twists and turns the knobs of his amps in search of the perfection in sound and performance he dearly craves. It’s a pleasure to witness a band that has had such a long and illustrious career perform a set of the power and emotional beauty that the Bristol crowd witness tonight.

With minimal crowd interaction and hidden behind dark sunglasses, each member of the band drips with charisma and you can’t help but fall under their collective spell. The hold that BJM has over their audience is almost cult-like in its appeal and there are more than a few moments of genuine idol worship from their devotees during the evening. 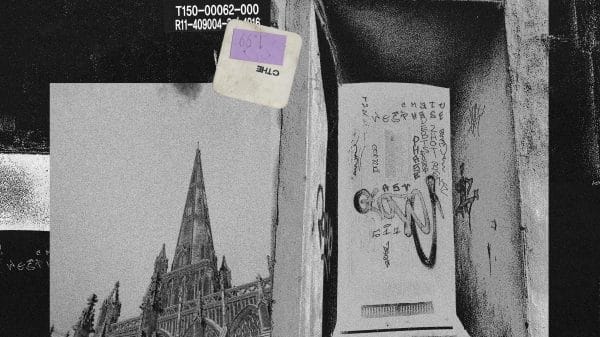 Who is RHYS MANNING? A young producer from the birthplace of Trip Hop: Bristol. His two new songs “Critical”/”Omission” can’t be put into a...